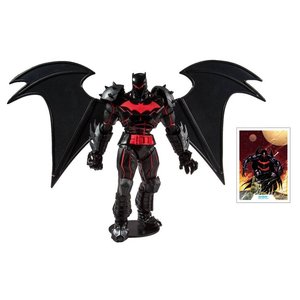 Straight from the "Batman & Robin" comic comes this highly detailed action figure. It stands approx. 18 cm tall and comes with accessories and base in a collector edition window box.

After losing his son Damian-a.k.a. Robin-Batman eventually found temporary peace, until Damian's body was stolen and taken to the fiery planet of Apokolips. Determined to bring Damian back to life, Batman dons the experimental Hellbat suit (forged by the other members of the Justice League) and ventures to the hellscape of Apokolips to take on the virtually indestructible ruler Darkseid!

- Incredibly detailed 7" scale figures based off the DC Multiverse
- Designed with Ultra Articulation with up to 22 moving parts for full range of posing and play
- Figures are showcased in DC themed window box packaging
- Batman Hellbat Suit figure is based on the DC Comic Batman and Robin
- Figure comes with a base and various character specific accessories
- Batman features articulated posable wings that can extend the figure height to 9 inches tall and 14 inches wide (Some Assembly Required)
- Included collectable art card with Batman Hellbat Suit artwork on the front, and character biography on the back 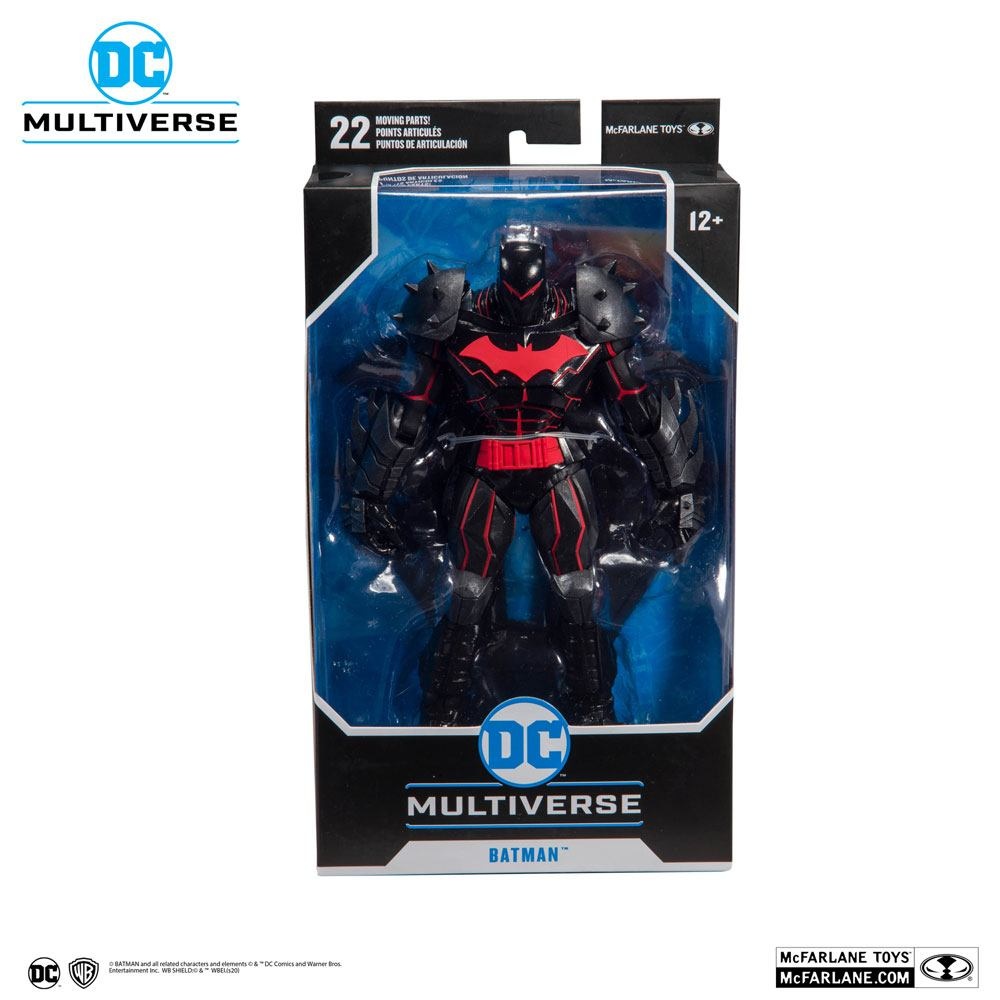