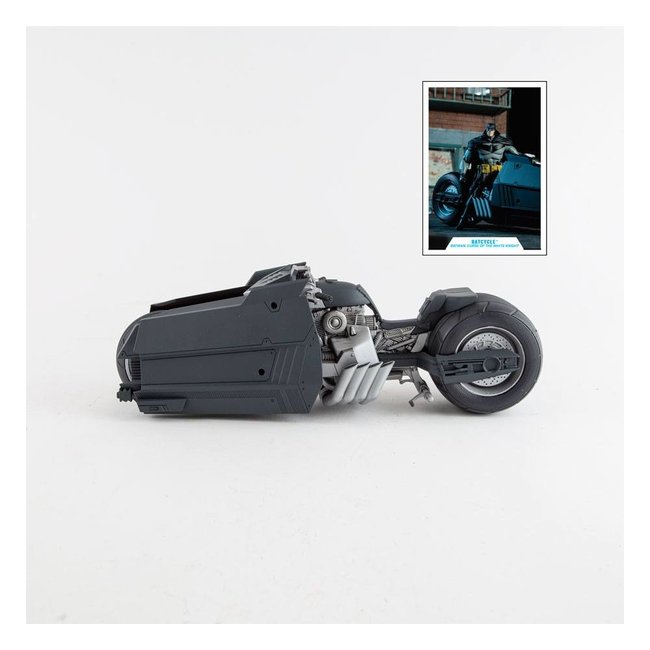 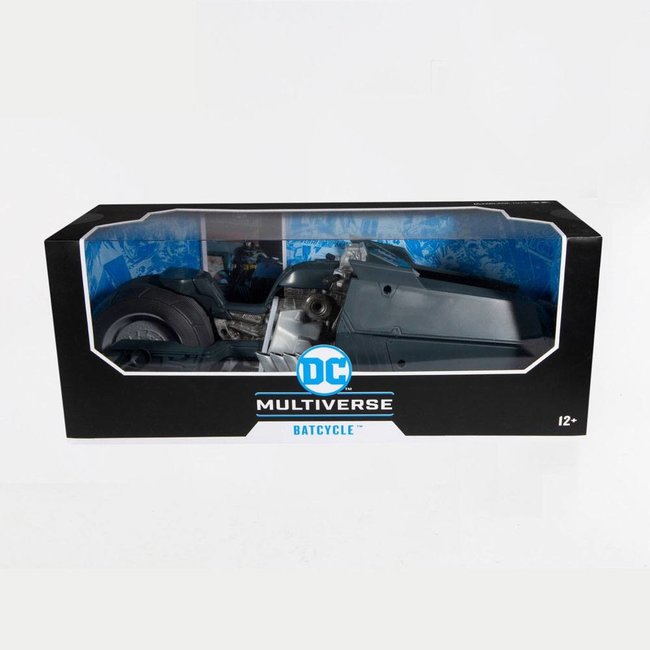 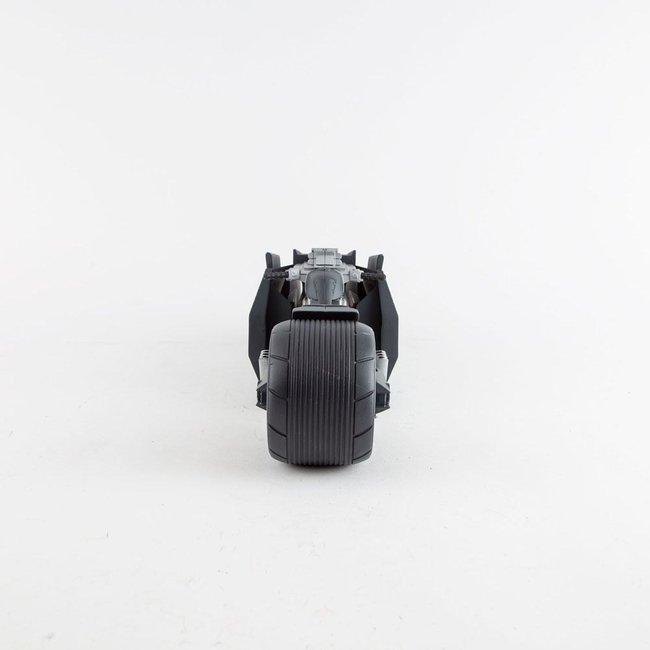 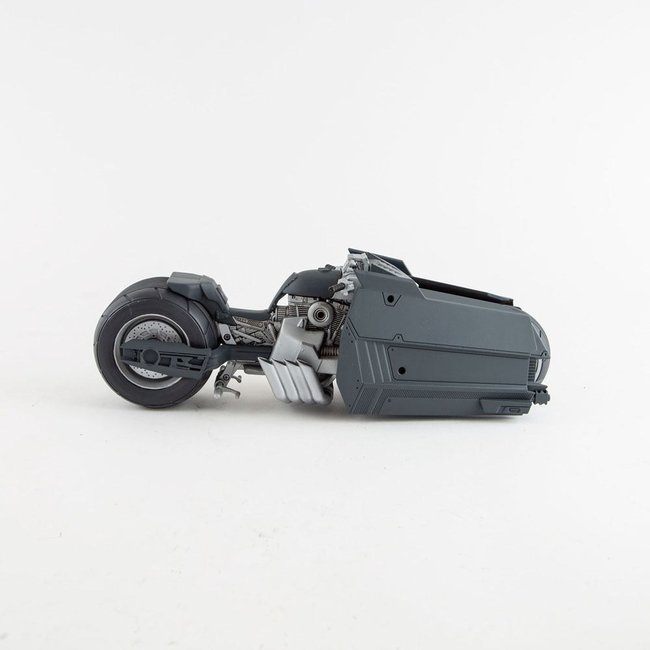 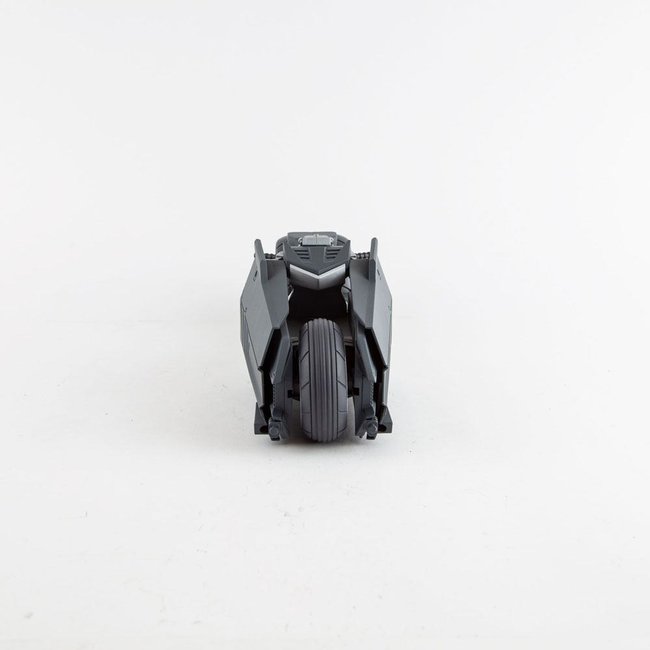 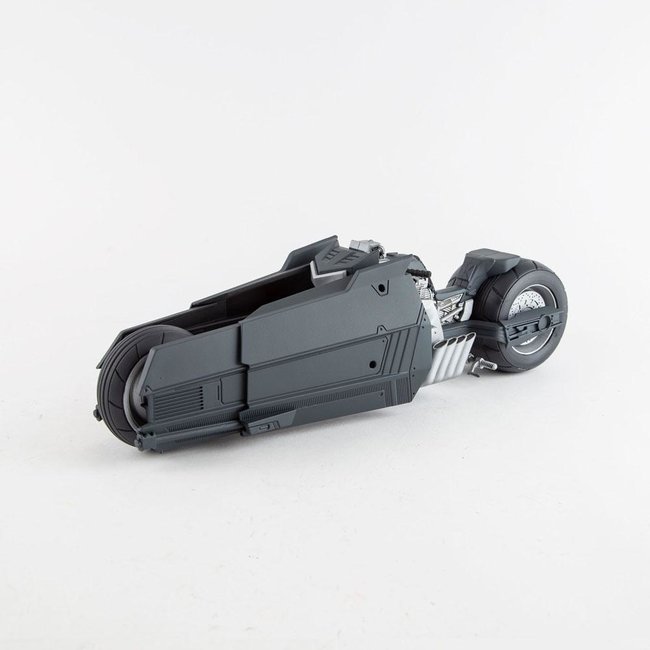 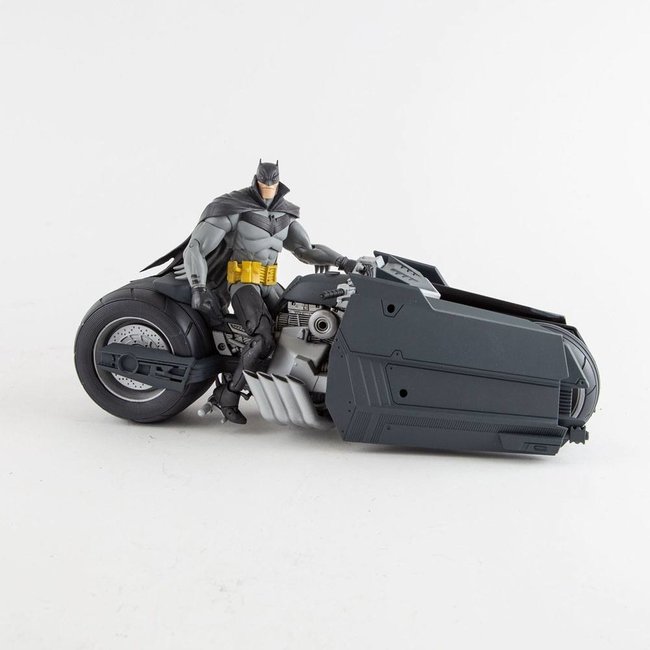 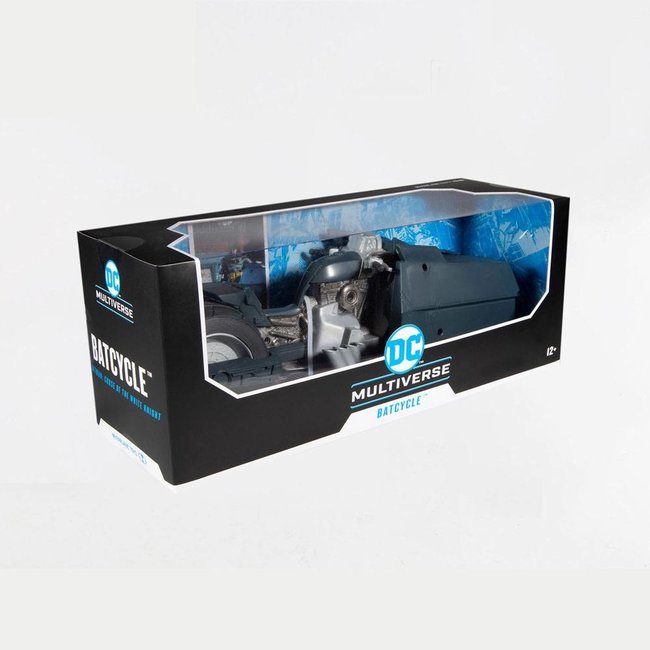 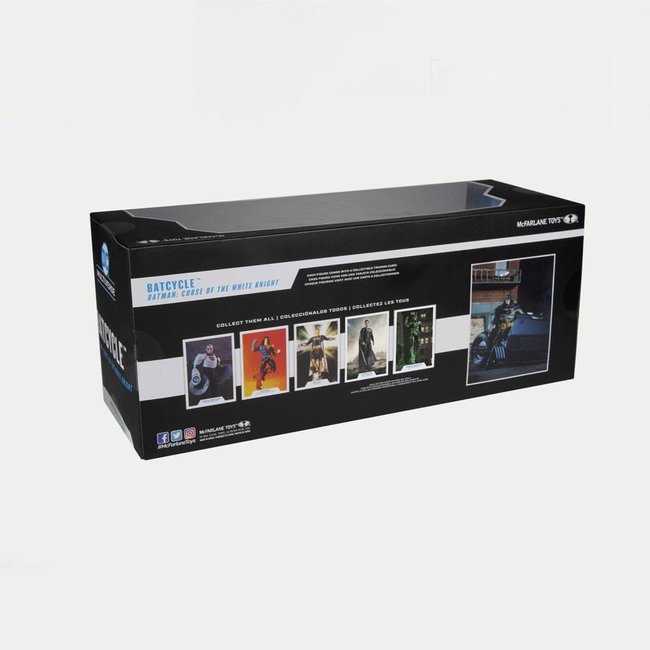 After the destruction of Wayne Manor and the Batcave by Azrael, the Batmobile was destroyed and sank as Batman fled the destruction. Batman relocated to one of his other safe houses and switched to using his Batcycle he has stored there, for his new mode of transportation.

- Incredibly detailed vehicle that is compatible with all 7" scale DC Multiverse Figures
- Designed with rolling wheels and rotating steering wheel
- Batcycle is based on its design from Batman: Curse of the White Knight
- Batcycle perfectly pairs up with McFarlane Toys Batman figure from Batman: White Knight #1
- Included collectable art card with Batcycle photography on the front, and biography on the back
- Collect all McFarlane Toys DC Multiverse Figures 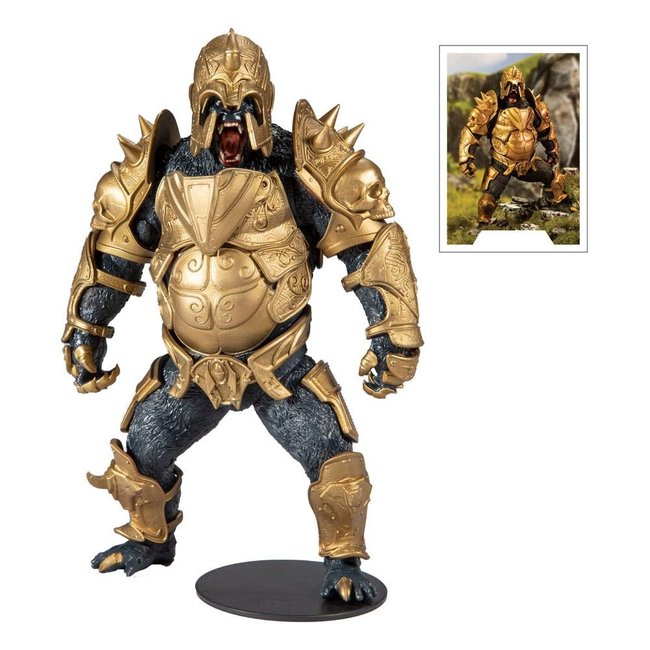 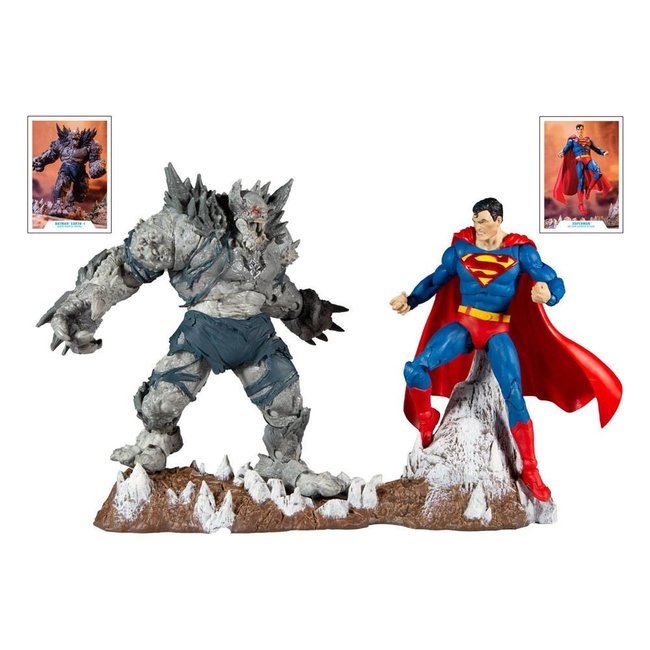 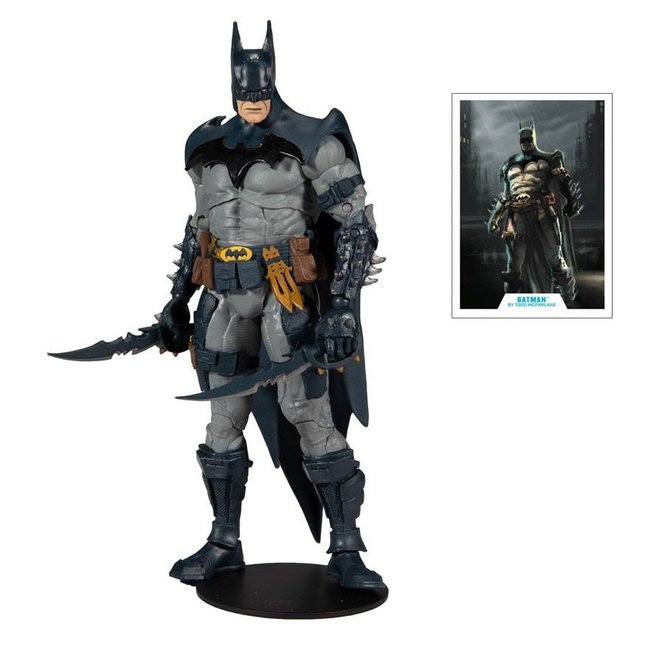 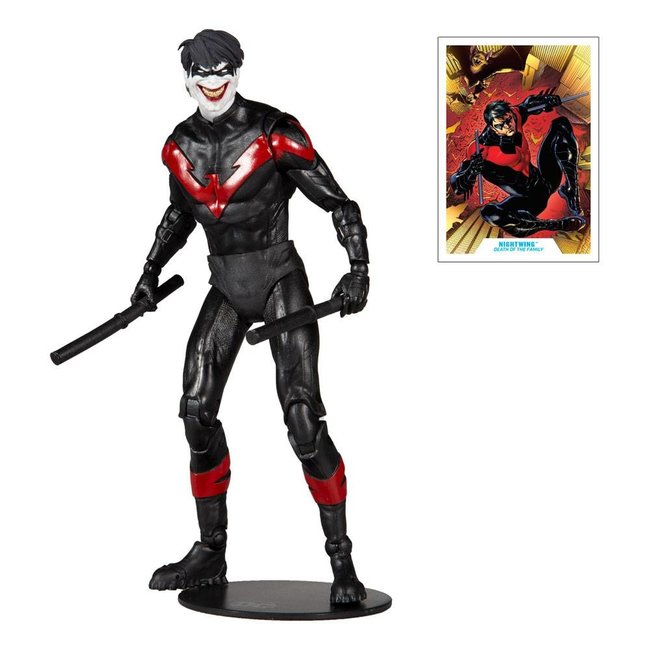 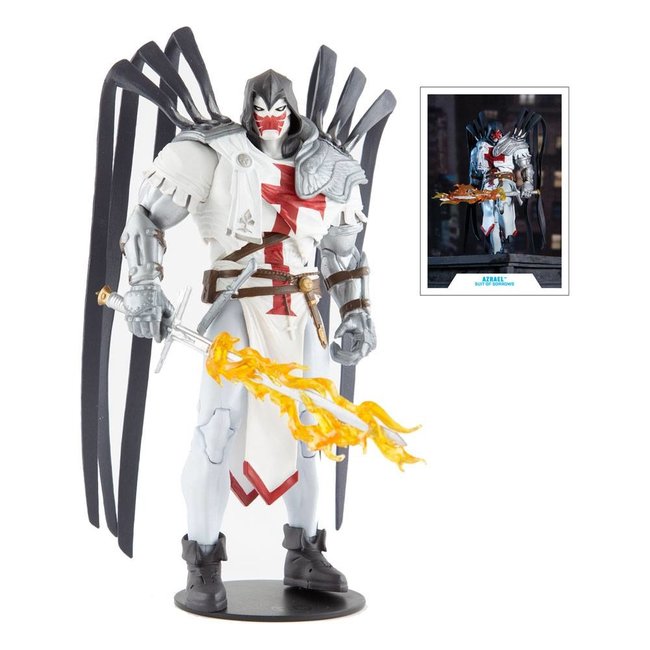 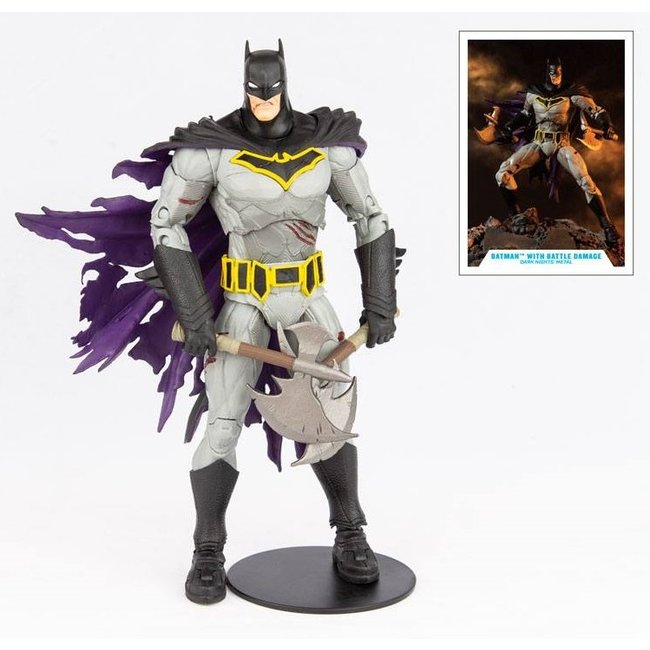