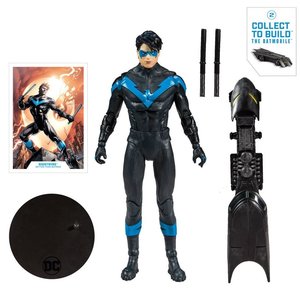 Dick Grayson began his crime-fighting career as the original Robin-Batman's protégé and crime-fighting partner. An expert acrobat and skilled fighter, Dick eventually left the nest and ventured out on his own as a new hero called Nightwing. His childhood experiences as a circus acrobat and trapeze artist make him extremely agile. He is a superior fighter and a highly skilled martial artist who has been personally trained by Batman. Nightwing is a keen detective, a natural leader, and a strategist with advanced knowledge of a variety of technologies.

- Incredibly detailed 7" scale figures based off the DC Multiverse
- Designed with Ultra Articulation with up to 22 moving parts for full range of posing and play
- Figures are showcased in DC themed window box packaging
- Nightwing figure based on the DC Rebirth Comic
- Figure comes with a base and various character specific accessories
- Nightwing accessories include two Escrima sticks
- Included collectable art card with DC Rebirth Nightwing artwork on the front, and character biography on the back
- Nightwing is part of a 3-figure collector set, that includes a piece of a Build-A-Batmobile featured in the DC Rebirth Comic
- Collect all 3 figures; Batgirl, Nightwing and the Batman Who Laughs to fully assemble the bonus Batmobile. Figures sold separately.
- Buildable Batmobile features rolling wheels and is 7 inches in length when fully assembled 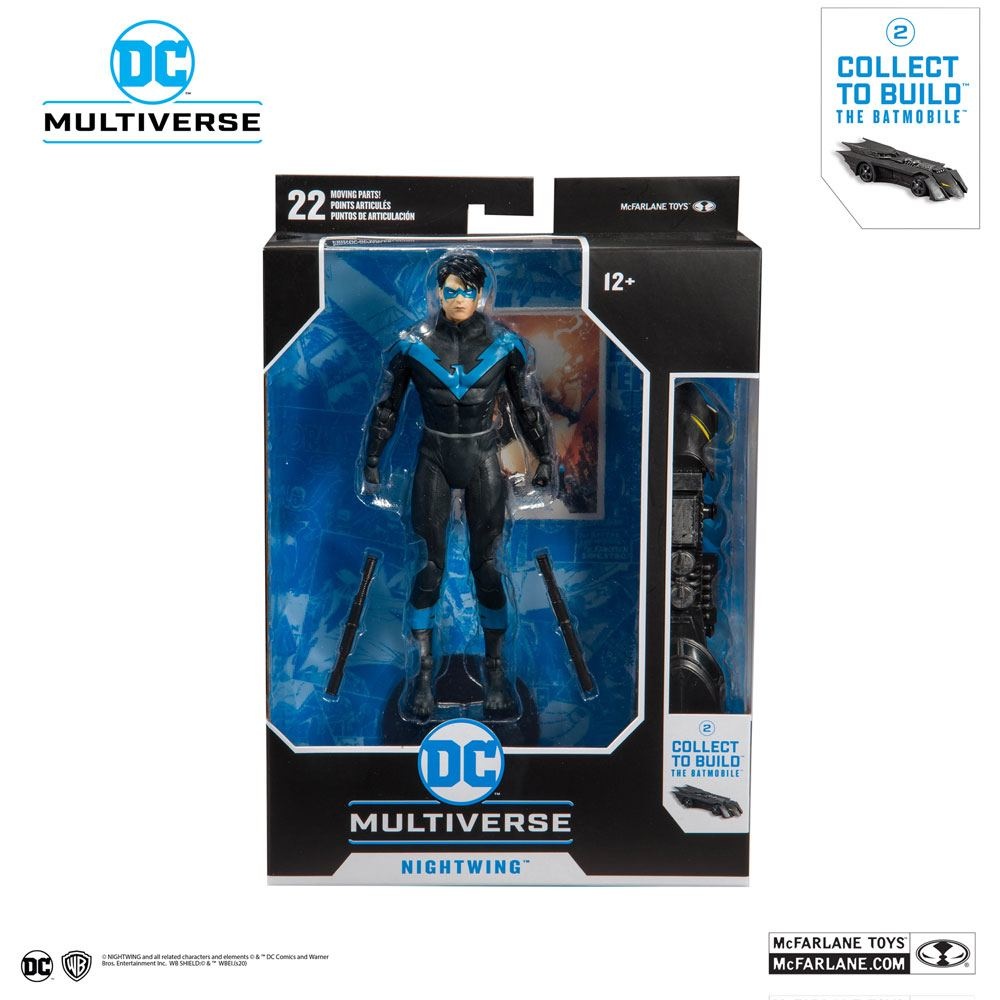