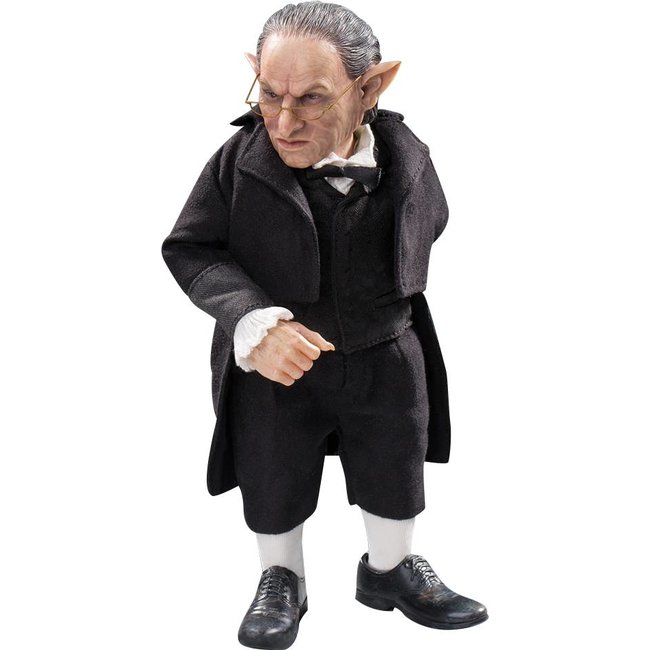 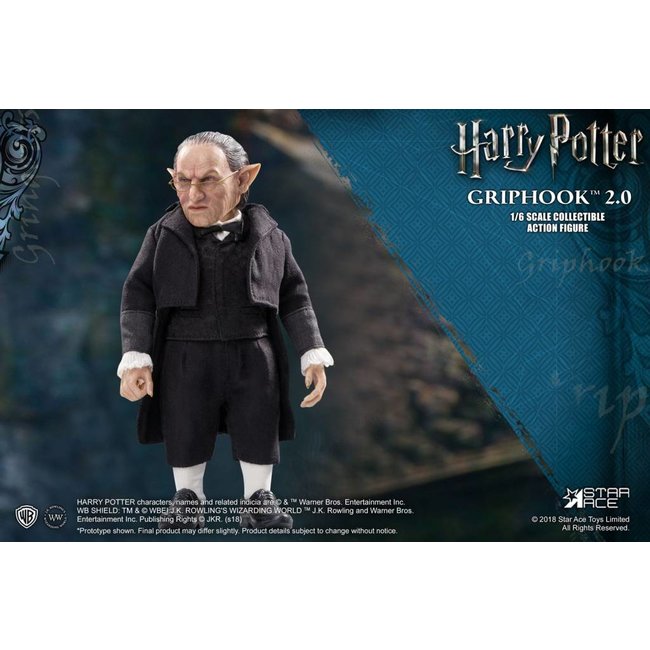 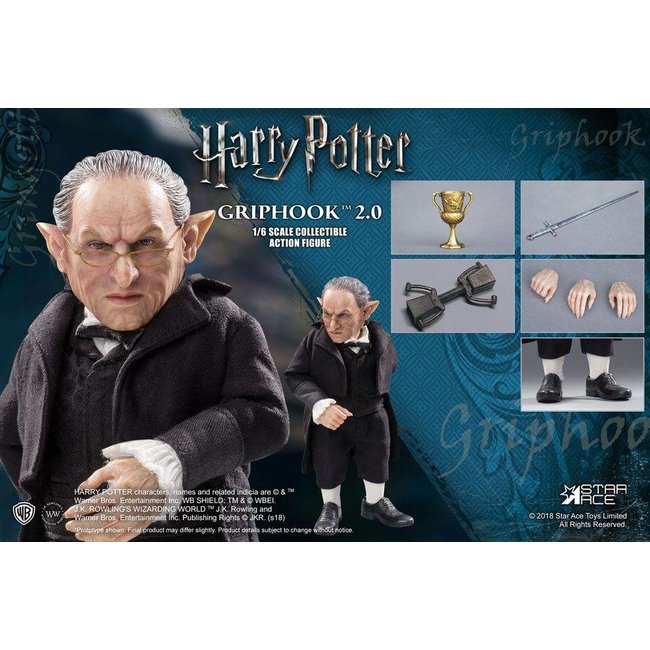 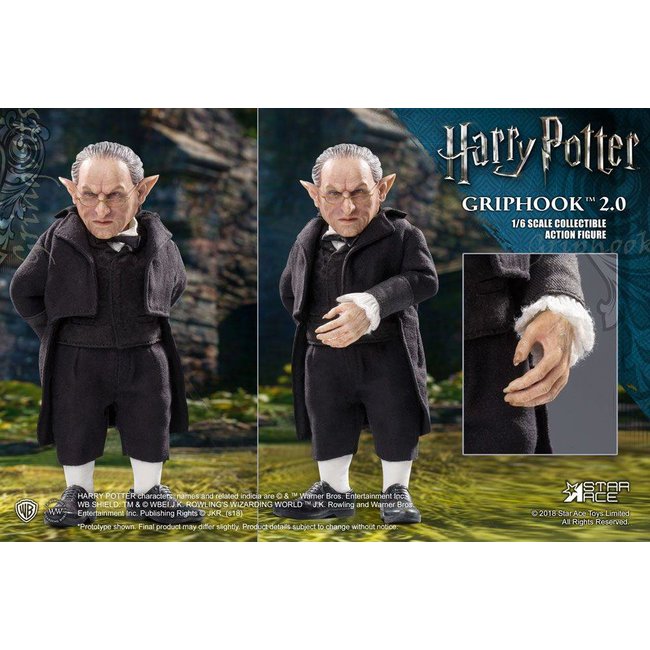 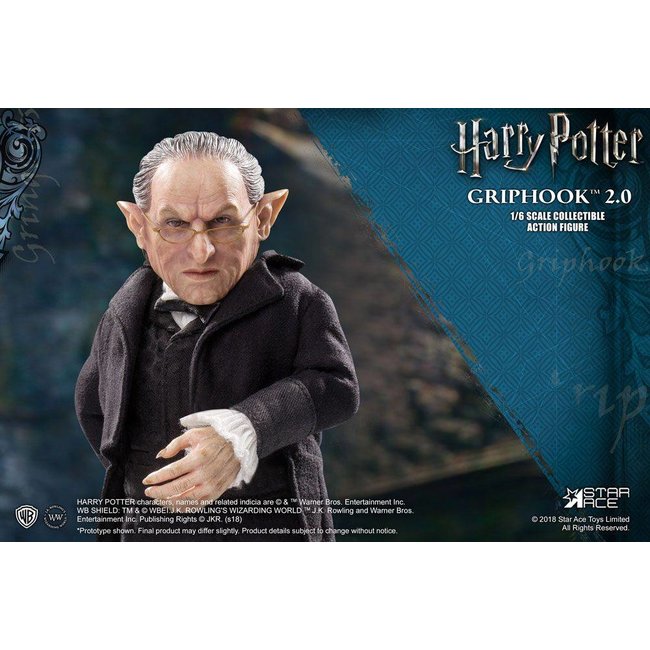 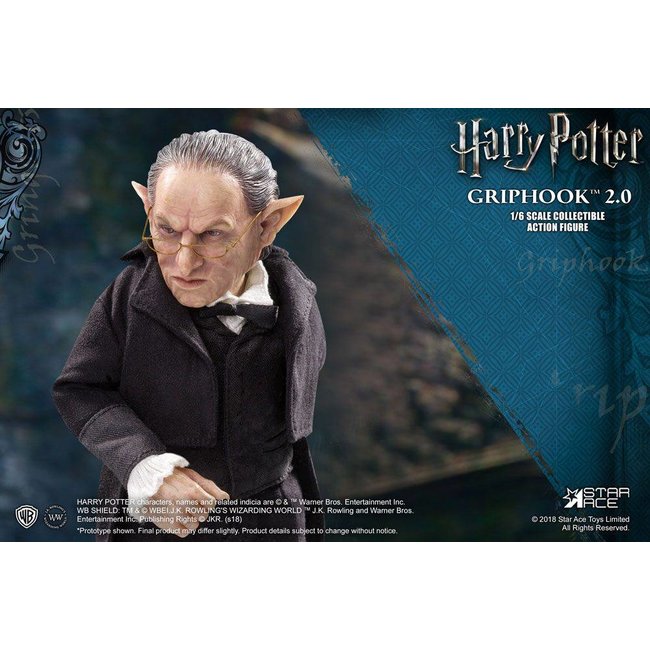 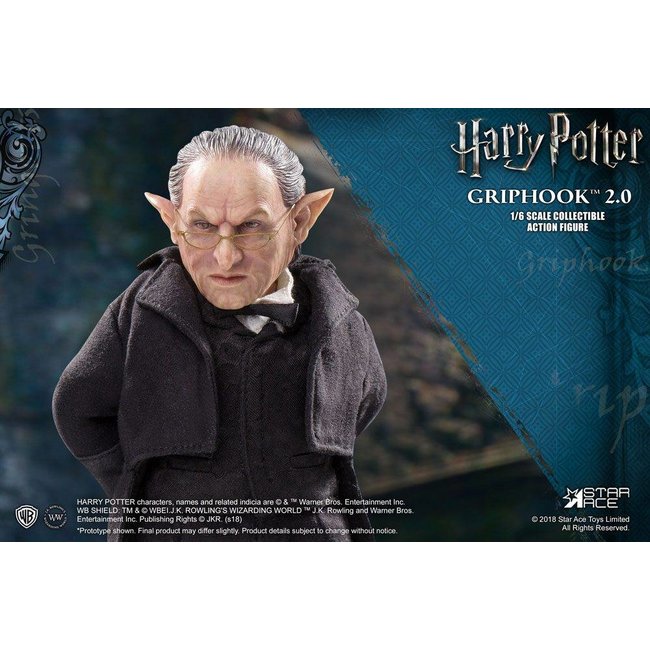 Griphook the Goblin was employed at Gringott's Bank and in Harry Potter and the Deathly Hallows, Part 2 he helped Harry break into Belletrix LeStrange's vault to steal the cup of Helga Hufflepuff.
The 1/6th scale Griphook collectible figure features the goblin as he appeared in this film and includes the sword of Griffyindor, the Hufflepuff cup and the Gringott's bank Clanker used to get by the dragon guarding the vaults.

PARTS
Three (3) interchangeable hands including:
-One open left hand
-One open right hand
-One right hand for holding the sword, Helga Hufflepuff's Cup and the clanker 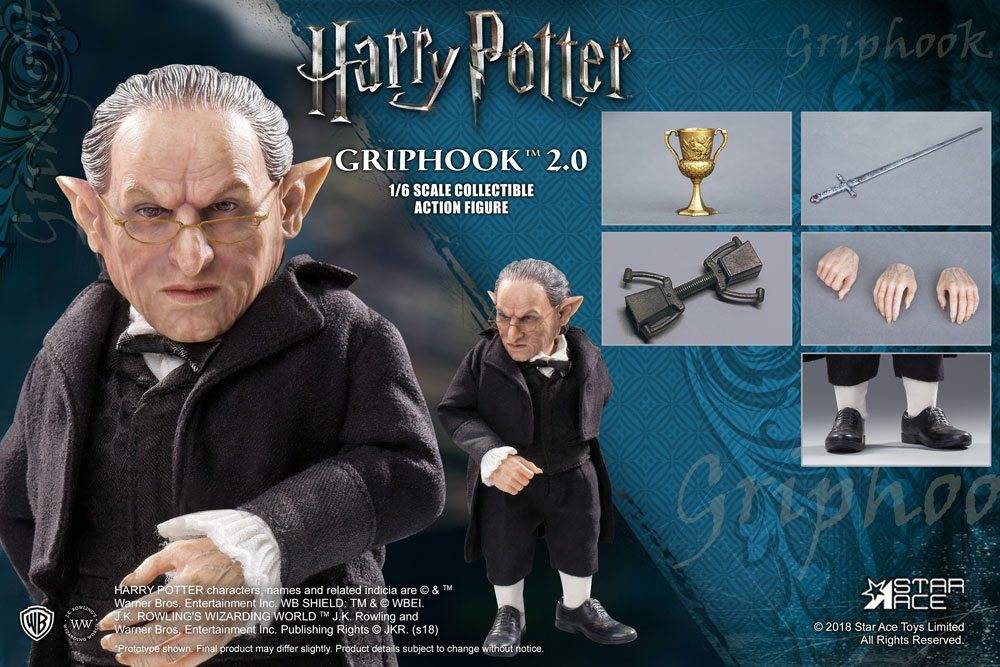