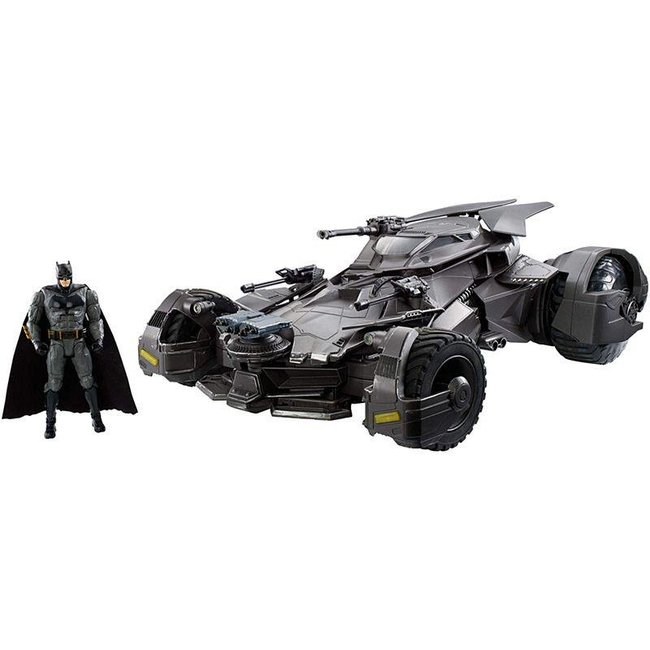 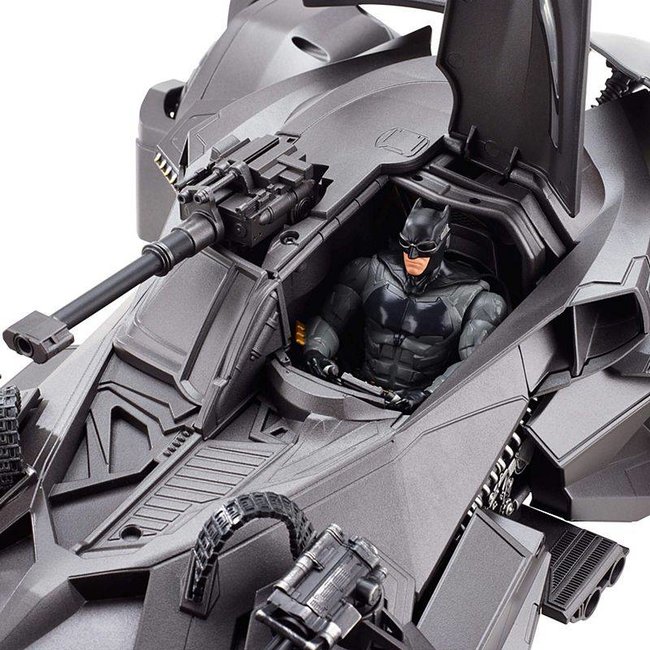 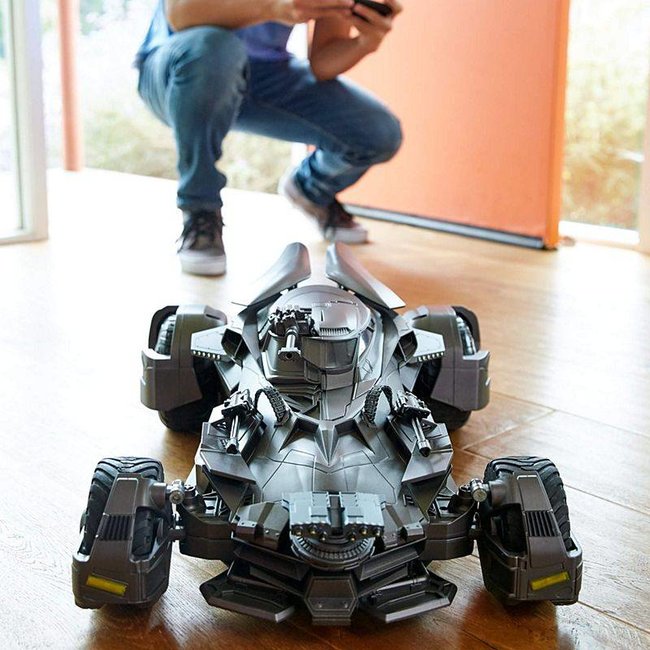 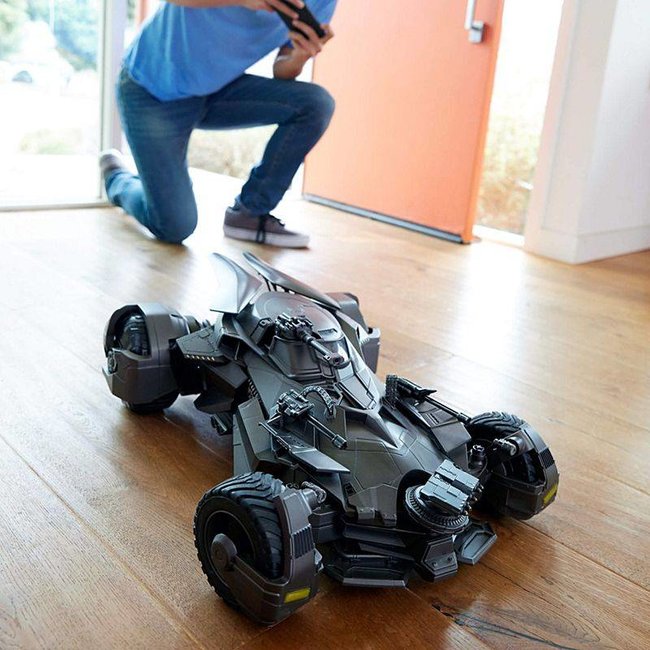 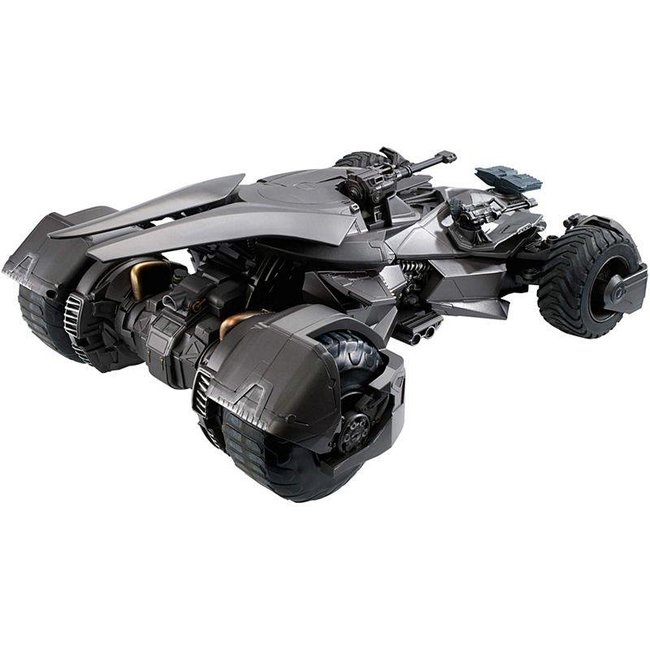 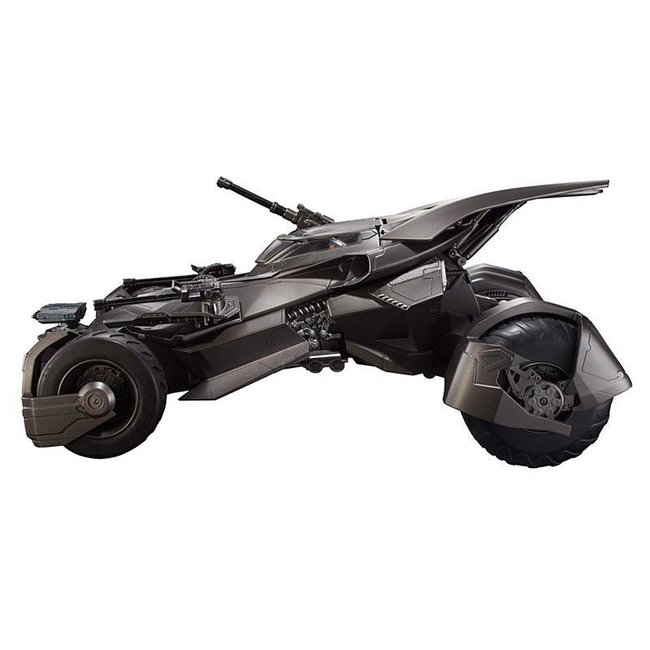 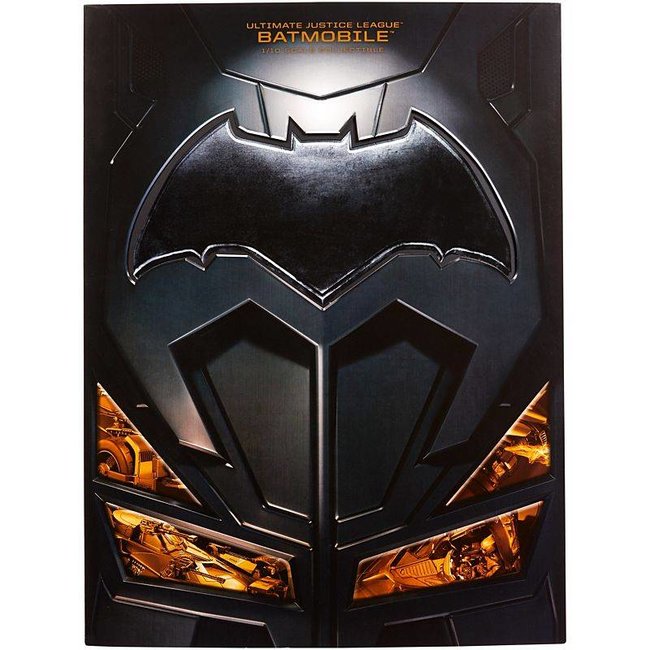 Prepare for the next level of RC play with authentic, true-to-movie battle action in this Ultimate Justice League™ Batmobile™! The vehicle's cockpit has a built-in camera that transmits the driver's POV to a smart phone for a thrilling, front seat ride! Place the highly detailed, new movie Batman™ action figure behind the wheel and speed to the crime scene. See smoke release from the tailpipe and the engine roar! The figure's arm turns the wheel as the powerful Batmobile™ races at top velocity! When DC Super-Villains are in range, engage the special "jump mode" and elevate the Batmobile™ for prime targeting. Fire the four missiles from the hood of the car and save Gotham City™! With Batman™ and this true-to-movie RC Batmobile™, fans get the ultimate, interactive Justice League™ action! 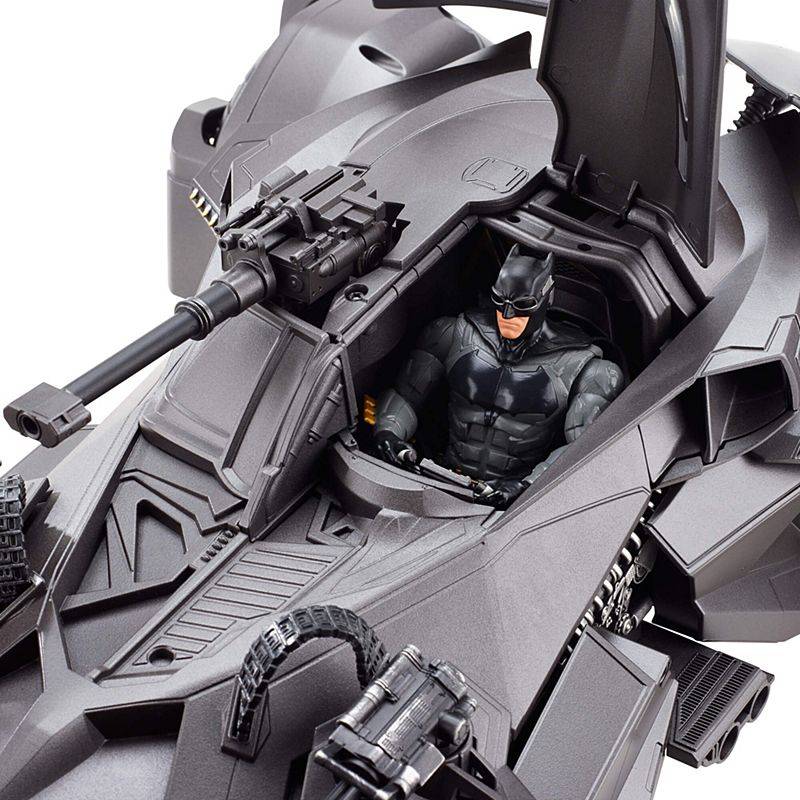 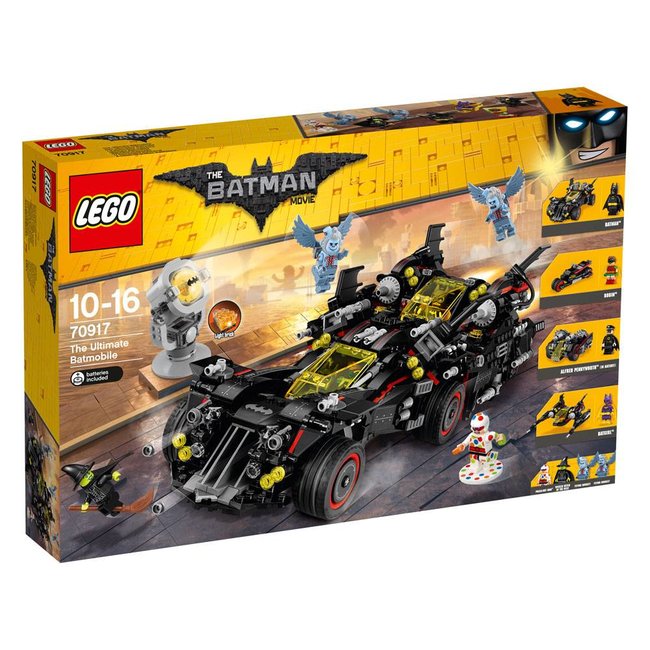 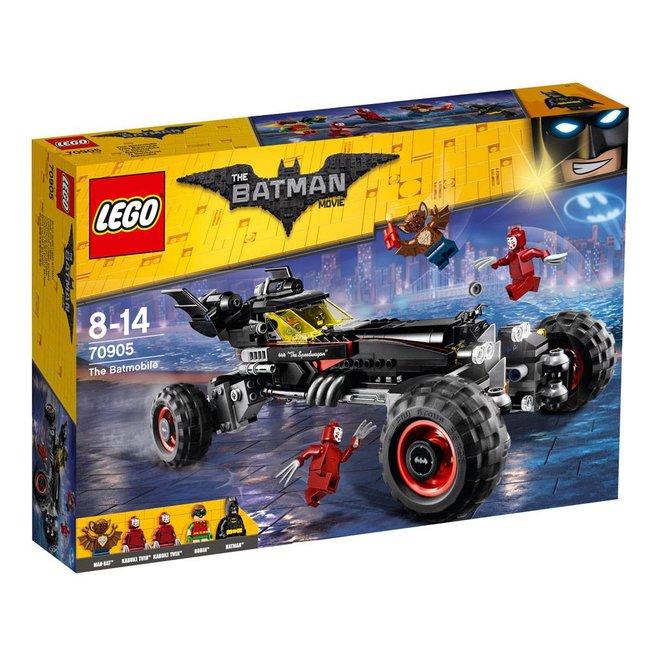 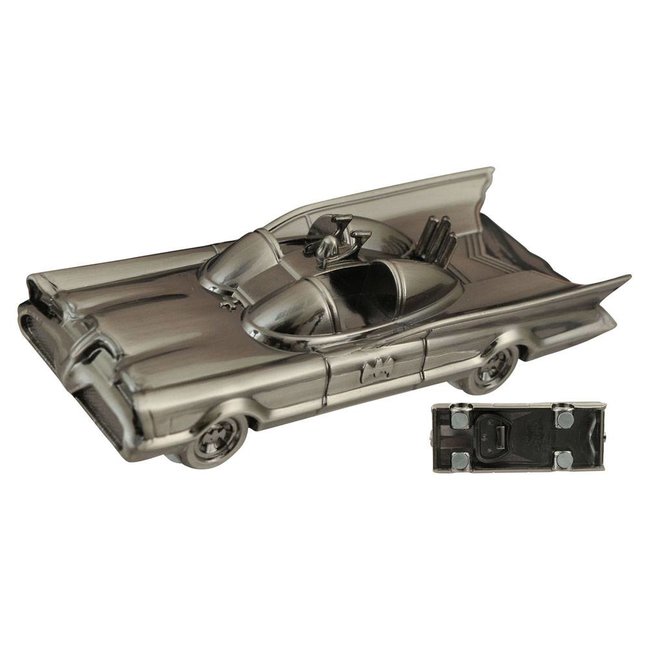 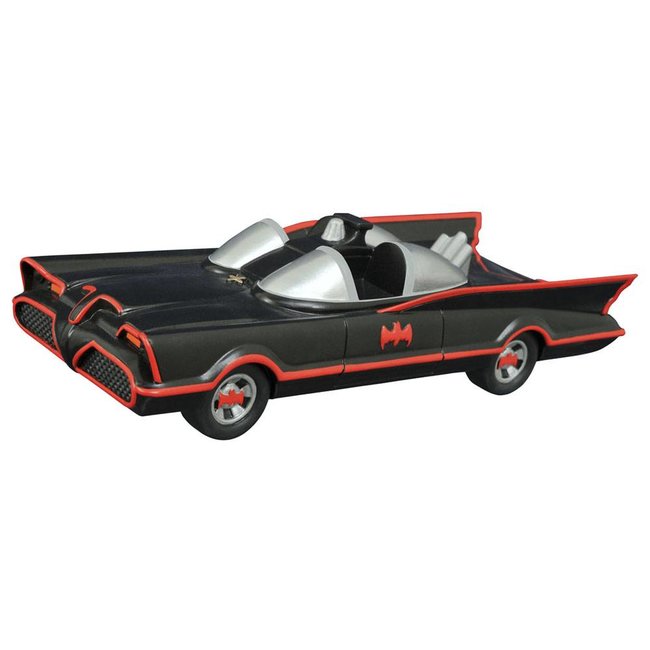 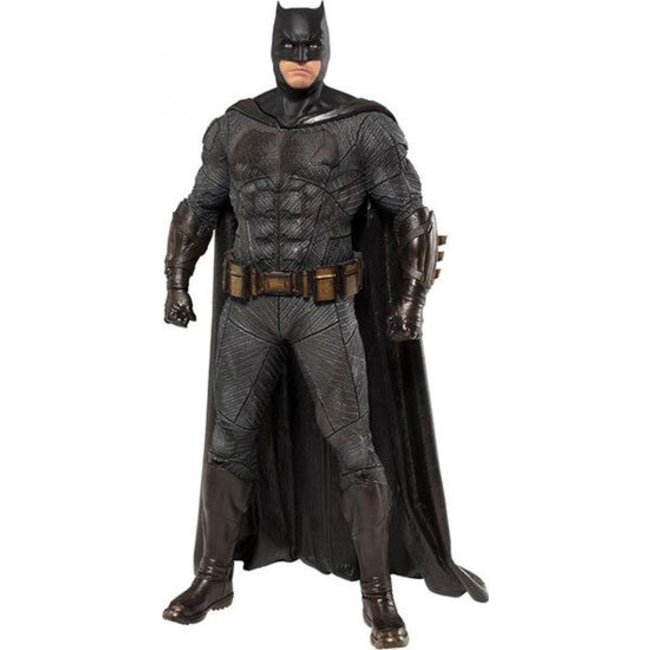 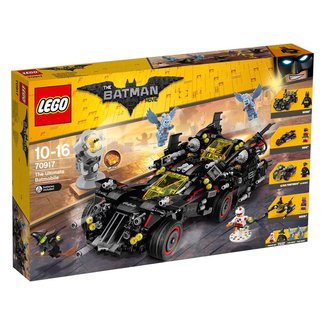 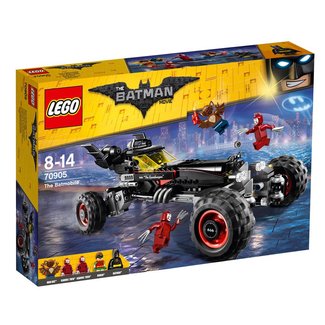 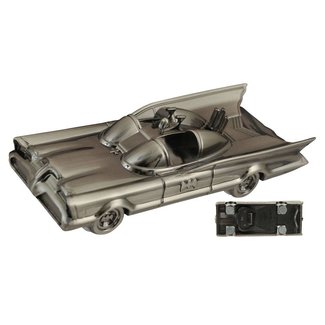 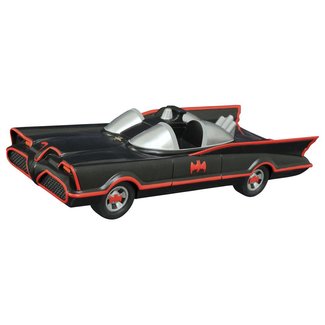