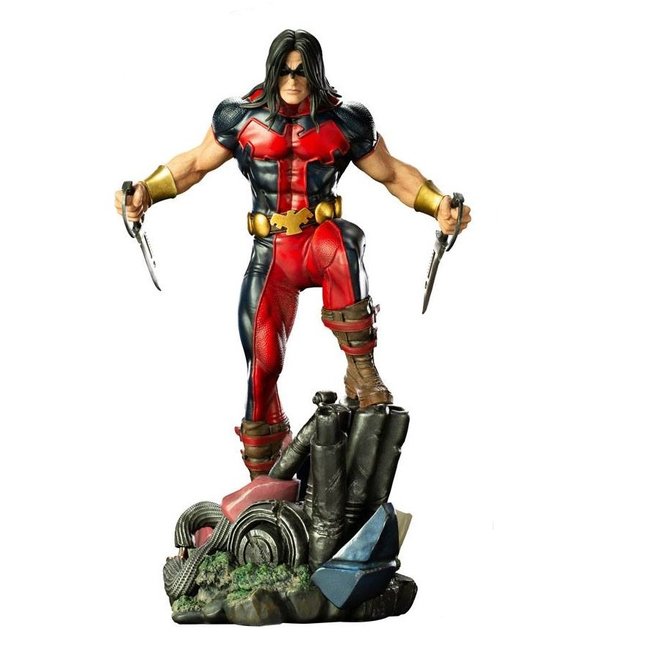 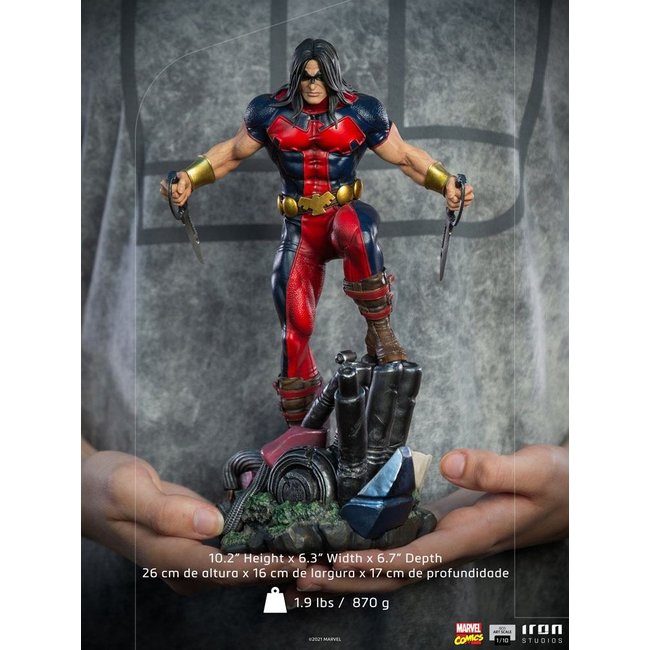 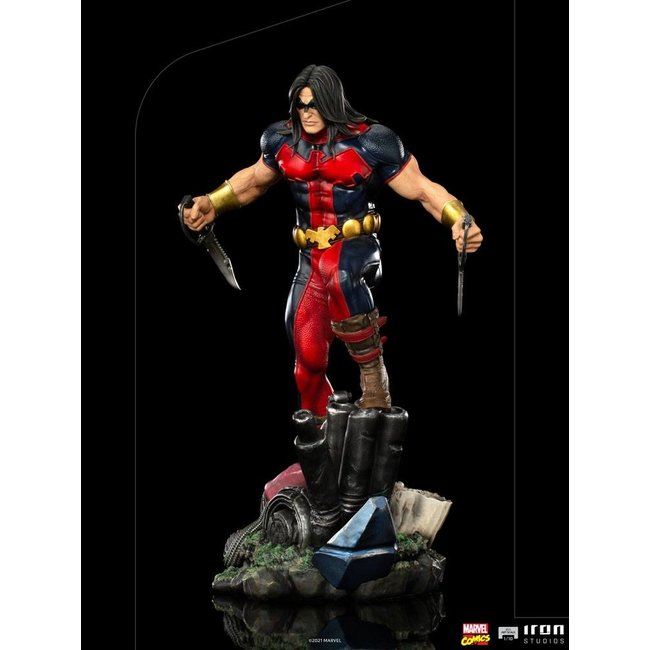 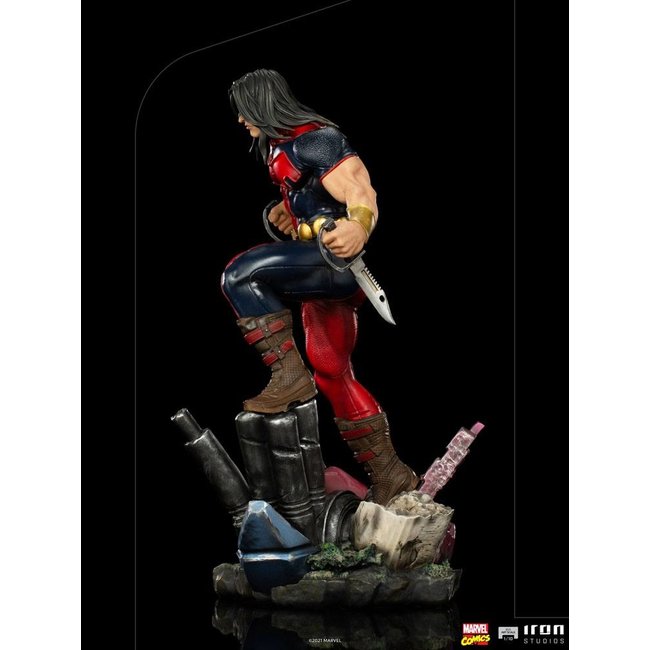 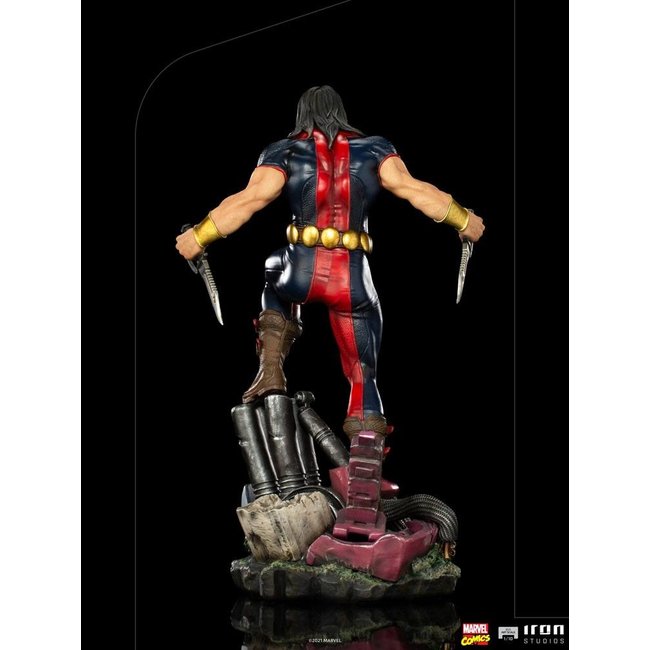 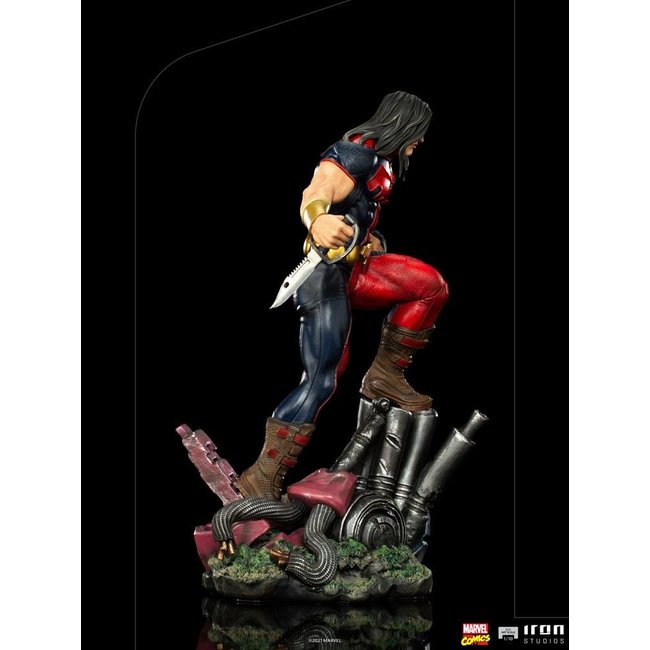 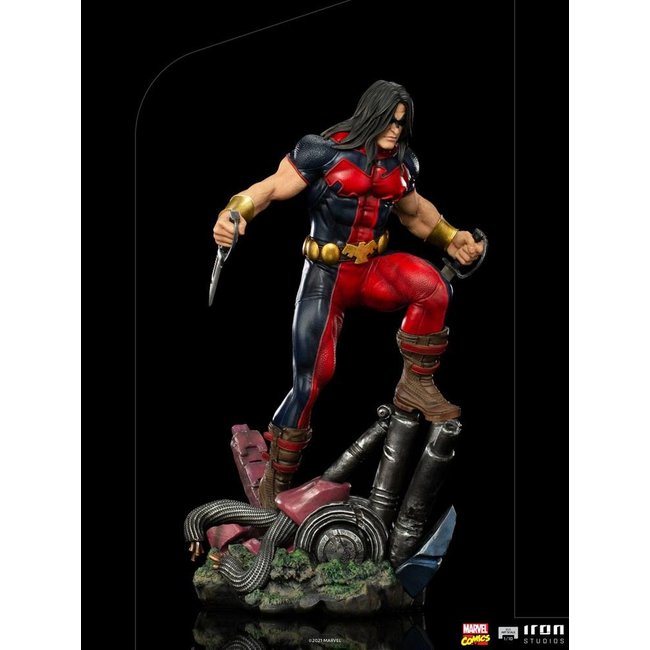 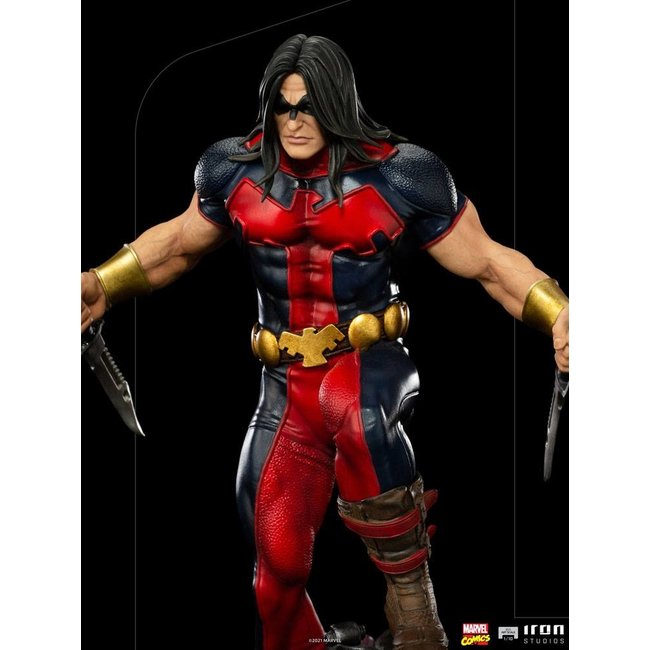 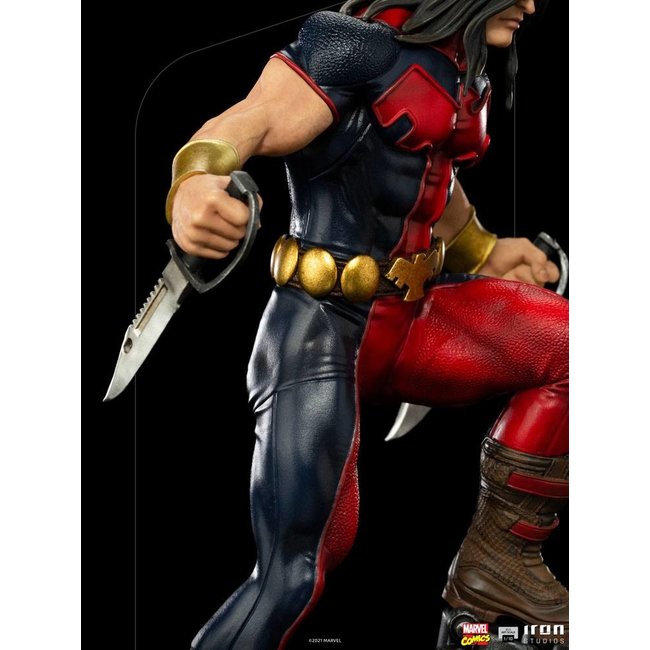 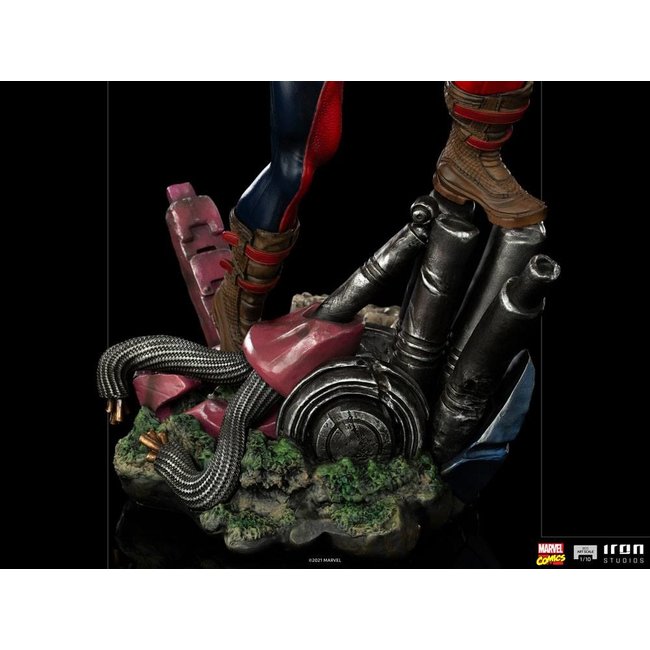 Wielding his vibranium bowie knives, the Native American warrior Apache scales the metallic remains of a fallen Sentinel robot. With an eagle on his chest and his belt buckle, the symbol of his courage and strength, his red and blue uniform, the colors of the classic costume, honors the legacy of his brother known as Thunderbird, who died fighting alongside the group of mutant heroes created by Professor X. The mighty mutant hero prepares to leap over any opponent that threatens his allied brothers from the X-Men group. Iron Studios proudly presents the "Warpath - X-Men - BDS Art Scale 1/10" statue, a formidable fighter, both armed and unarmed.

Born and raised on an Arizona Indian reservation, James Proudstar grew up having his older brother, John, as his idol. After his brother adopted the code name Thunderbird, he joined the X-Men but died in one of his first missions with the group of mutant heroes. For a time, James blamed Professor X for his brother's death and sought revenge, but realizing that Xavier and his students were not to blame for his death, he joined the branch group X-Force, adopting the name Warpath and later, joining the X-Men. Created by Chris Claremont and Sal Buscema in 1984, Warpath possesses mutant powers similar to those of his late brother such as heightened senses, heightened strength, and superhuman endurance. His native Apache training and tradition made him an experienced tracker and hunter, even without the aid of his superhuman senses. 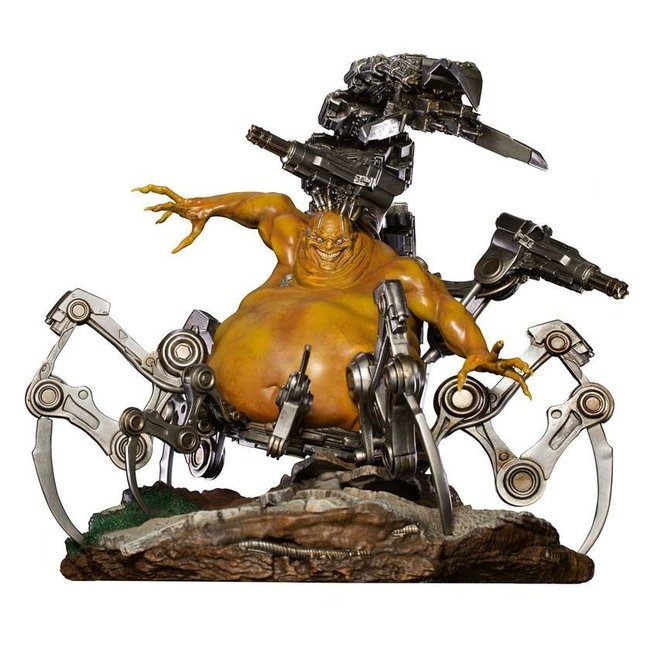 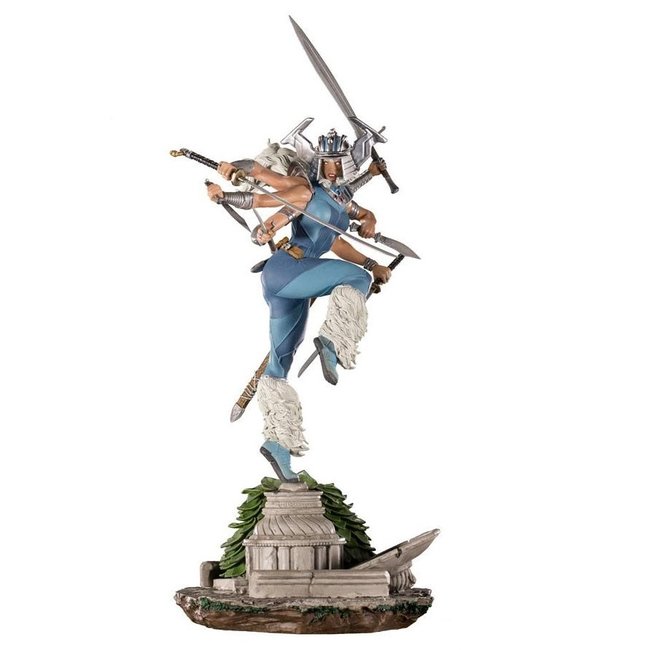 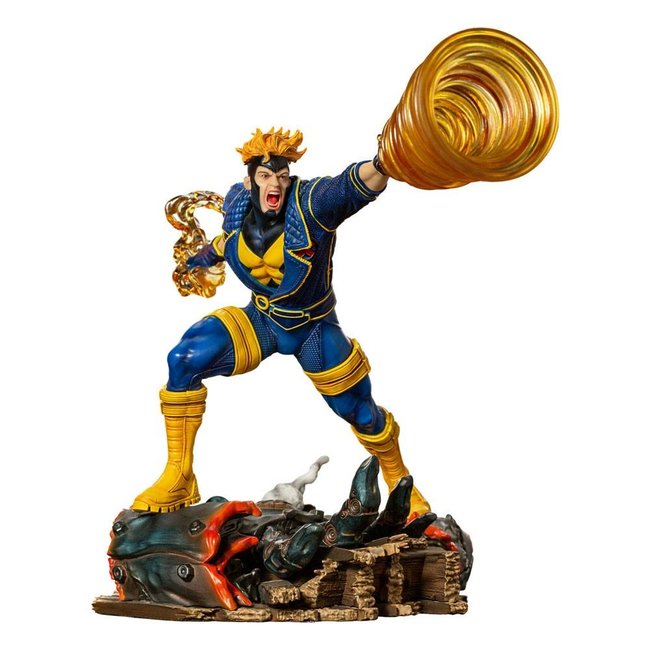 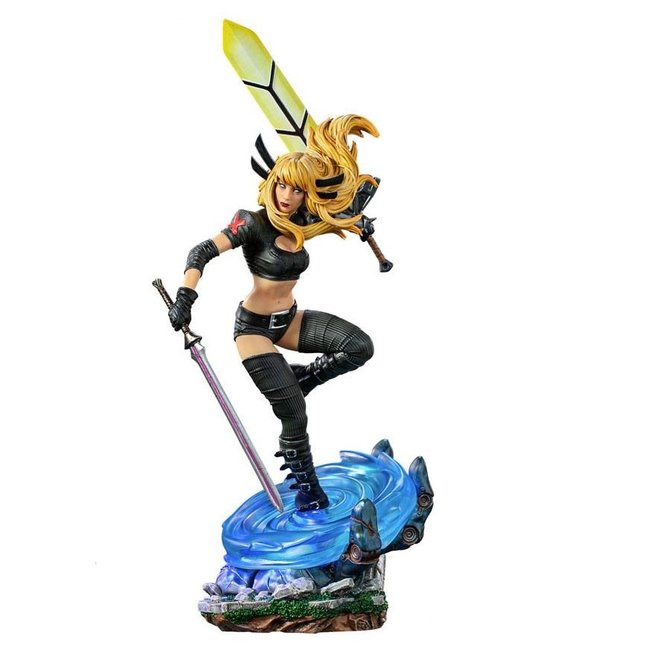 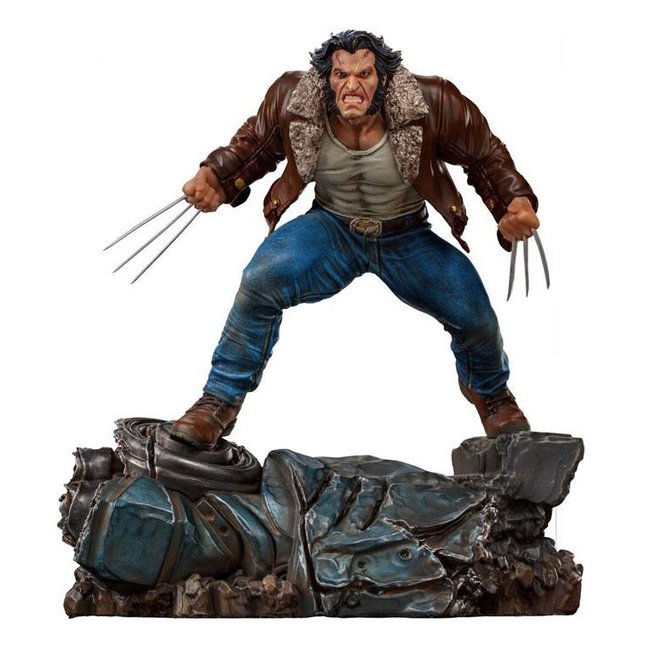