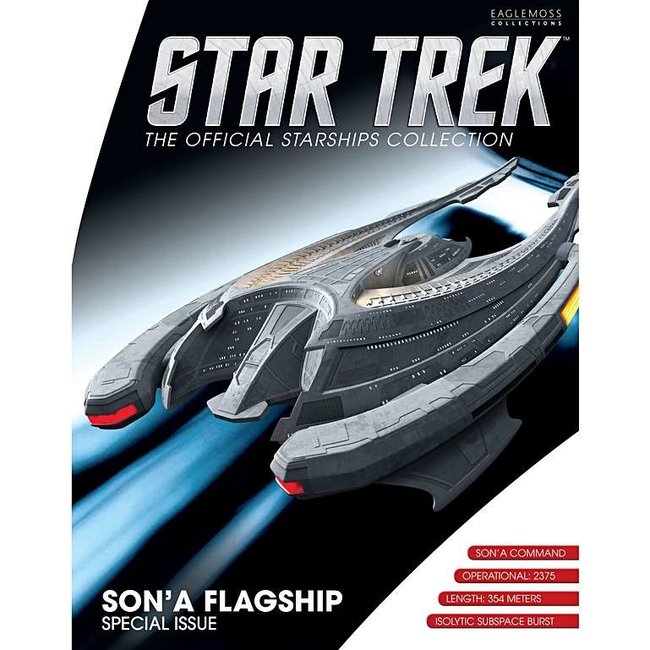 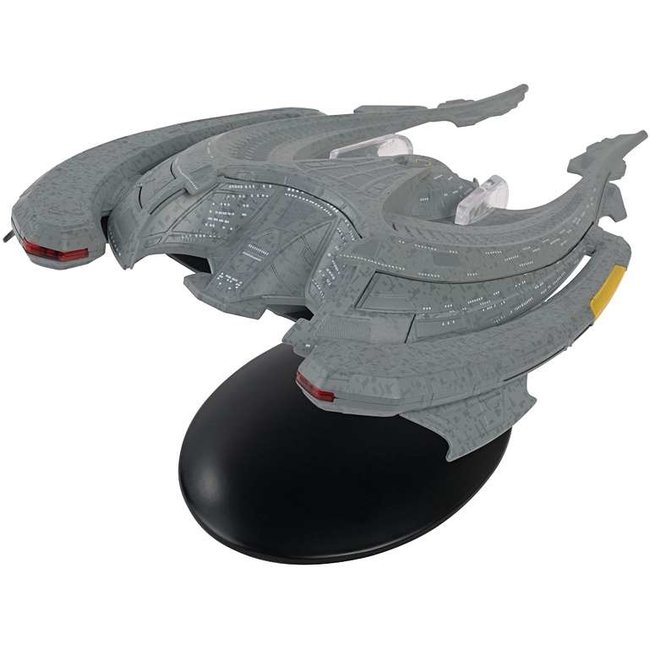 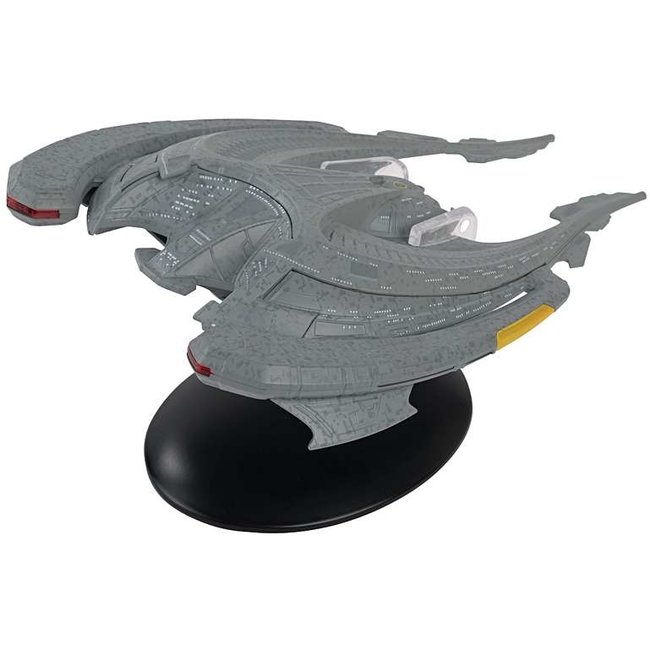 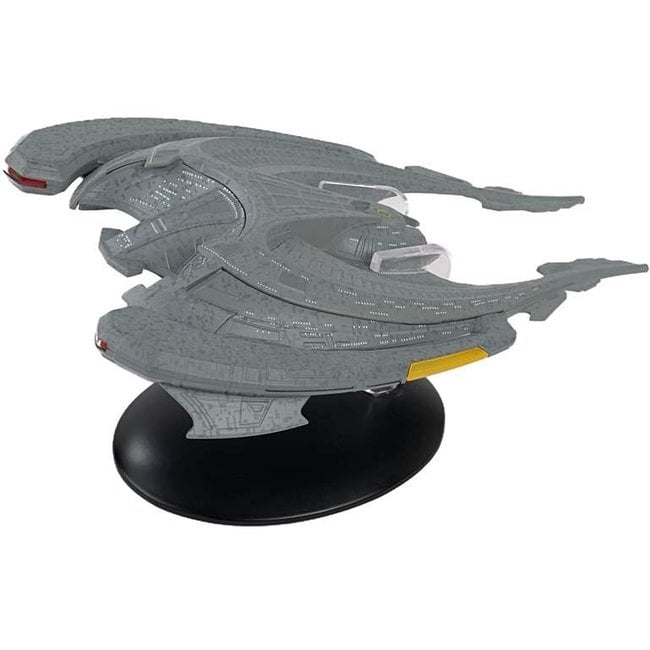 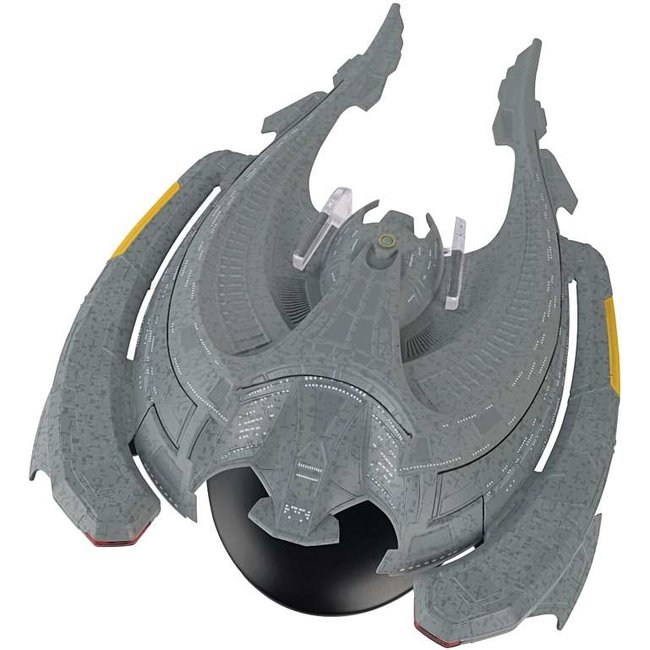 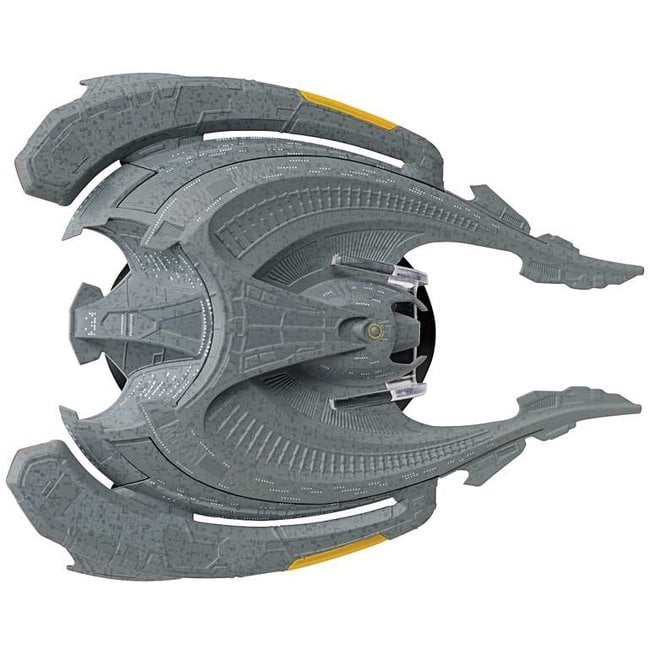 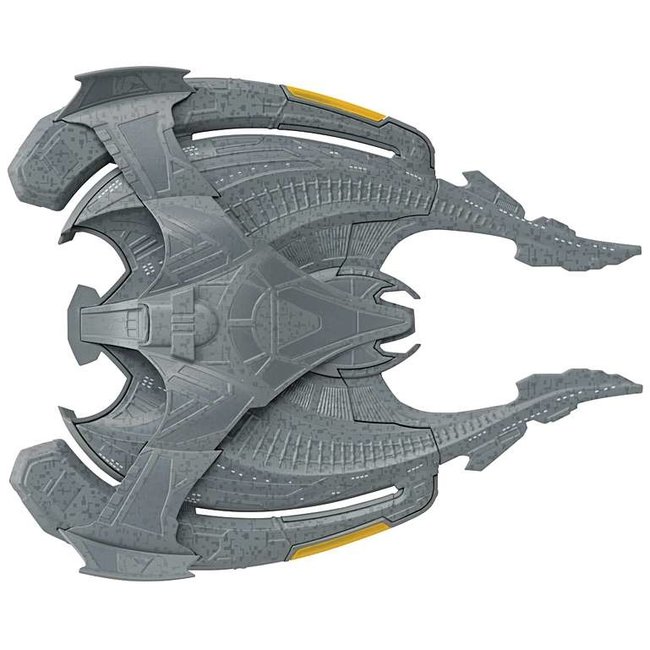 The Son'a Flagship was medium-sized starship utilised during the late-24th century. It is heavily shielded and fitted with tractor beams. John Eaves' design of the starship was inspired by the shapes of a horseshoe and a piano. Initially designed to fly with the forks forward, the final model was turned around by the visual effects team.

This fantastic issue of the Star Trek Son'a Flagship is accompanied by a full-colour 20-page magazine filled with in-depth information about your model!