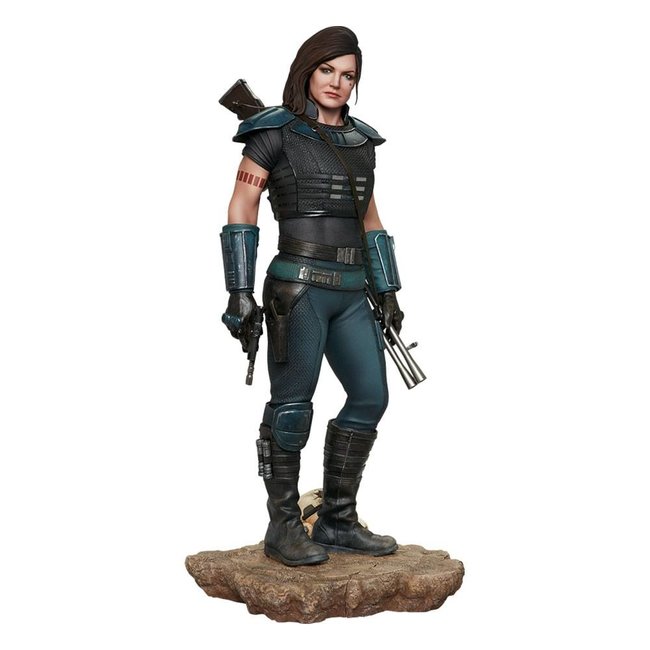 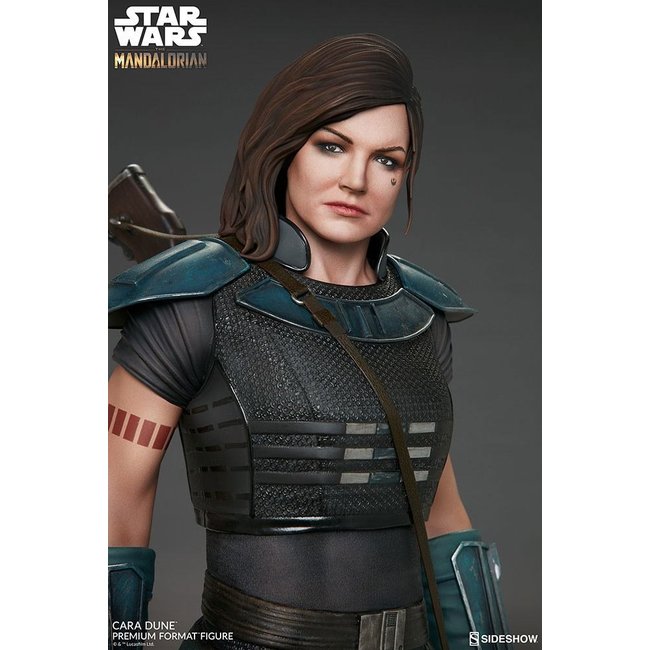 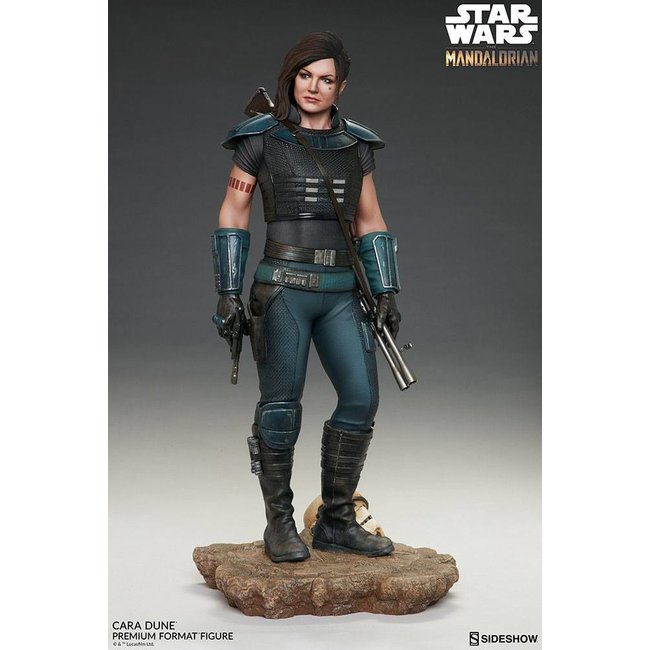 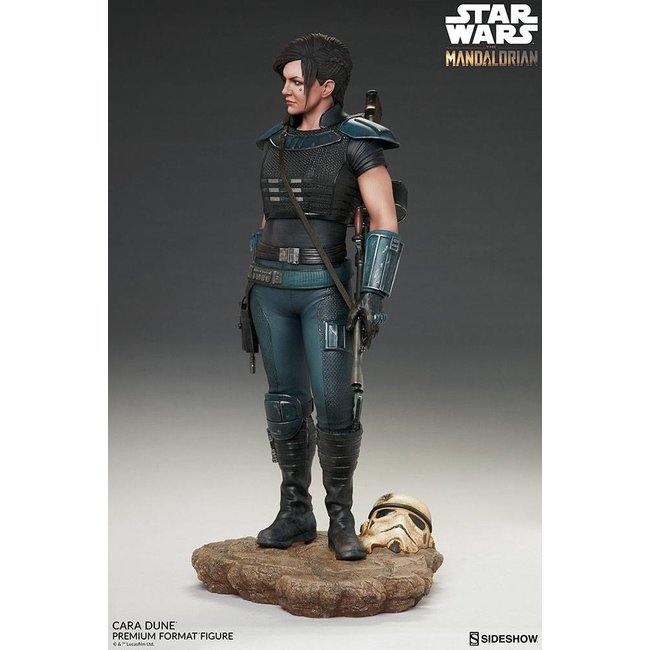 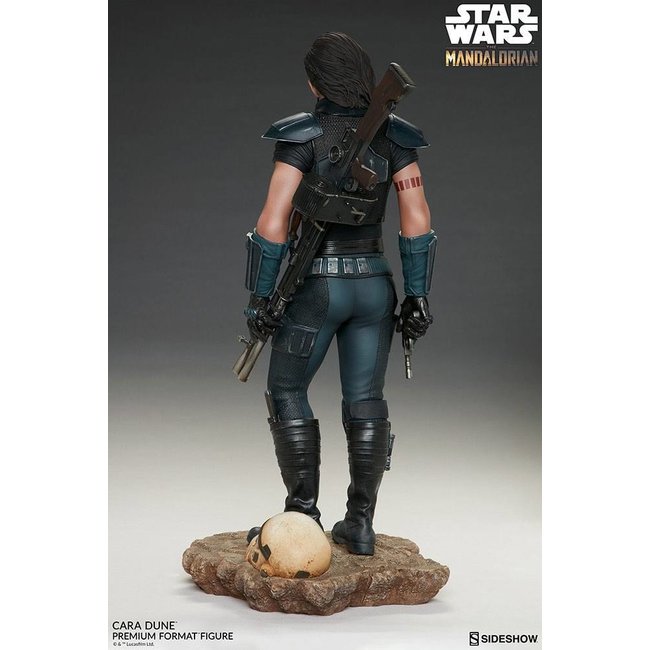 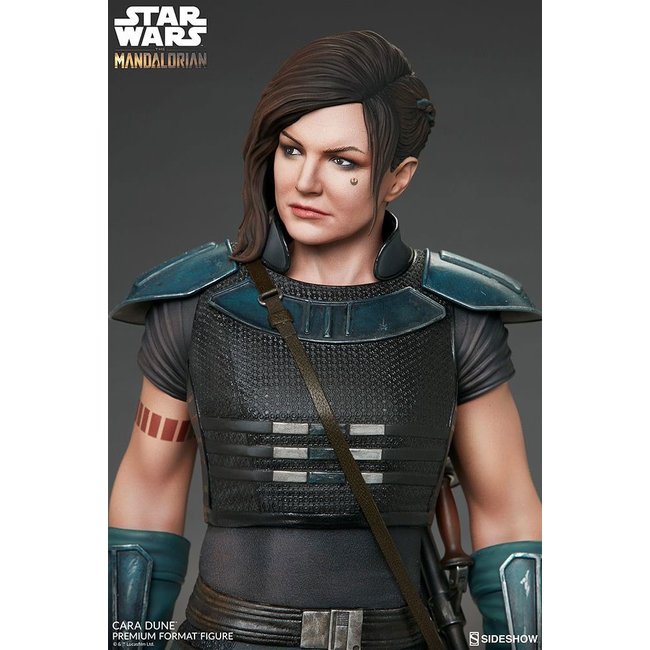 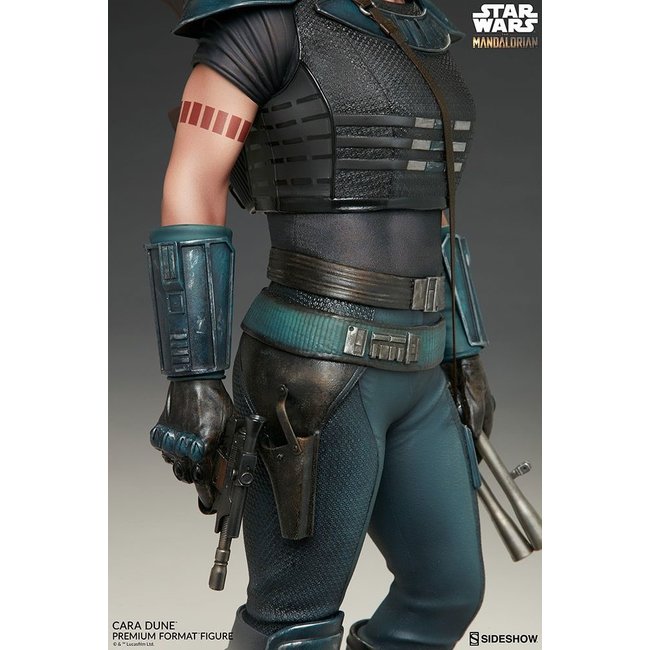 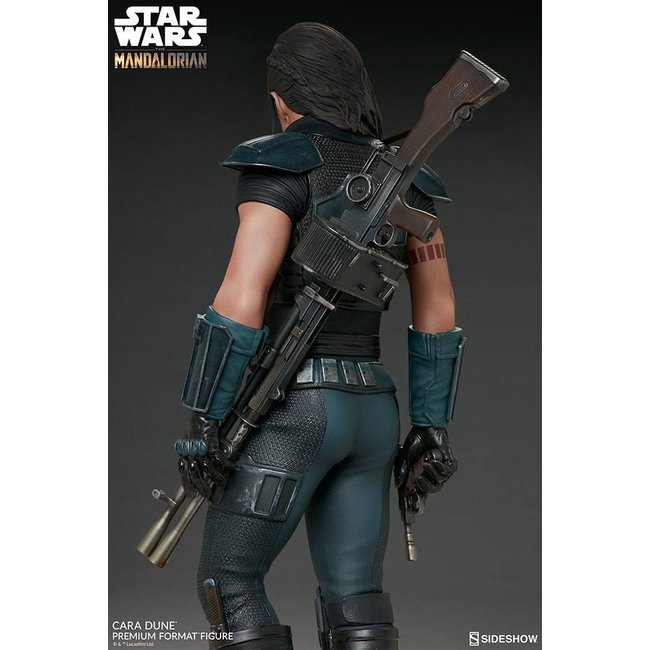 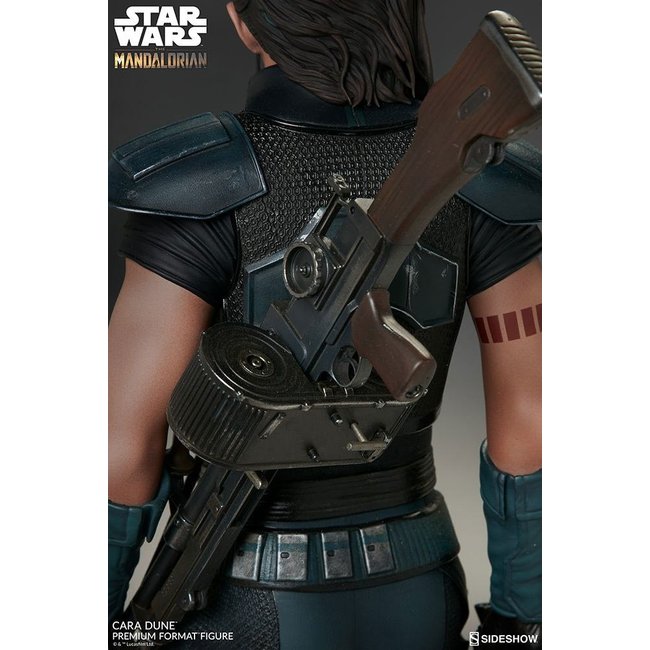 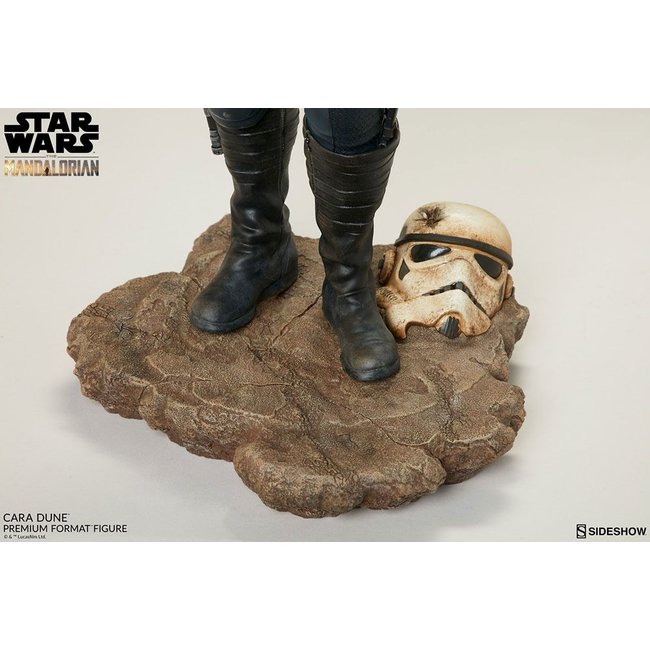 Sideshow presents the Cara Dune™ Premium Format™ Figure, a limited-edition quarter scale figure based on the acclaimed live-action Star Wars™ series The Mandalorian™ streaming on Disney+. A strong and fearless veteran of the Galactic Civil War, Cara Dune has captured the imagination of Star Wars fans both new and old. This seasoned warrior proves to be a powerful ally for Din Djarin™ the Mandalorian. She puts her military past behind her and refashions herself as a mercenary, aiding the bounty hunter as he seeks to protect the alien asset known only as the Child.

The polystone Cara Dune Premium Format Figure stands 19" tall on a galactic desert base where the damaged helmet of a remnant stormtrooper can be seen embedded in the sands behind her. She wears a sculpted costume composed of textured fabric-like designs as well as weathered blue armor on her shoulders and arms. Cara Dune is further detailed with faithful elements from her on-screen appearance, including the tattoo on her right arm and the small blue streak of hair in her side braid. As a former Rebel shock trooper, her allegiance is displayed with a subtle Rebellion symbol tattooed beneath her left eye, completing her incredibly lifelike portrait. Equipped with her mercenary tools of the trade, this formidable fighter joins Sideshow's Star Wars statue collection alongside The Mandalorian Premium Format Figure, sold separately. 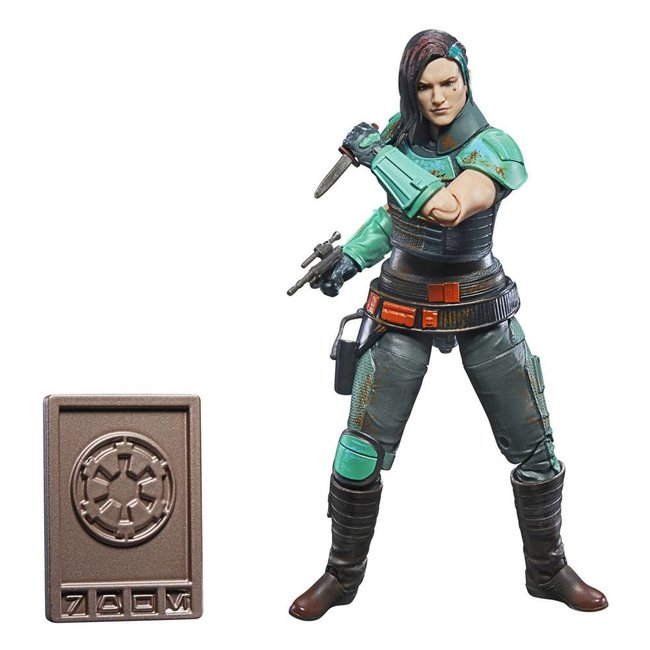 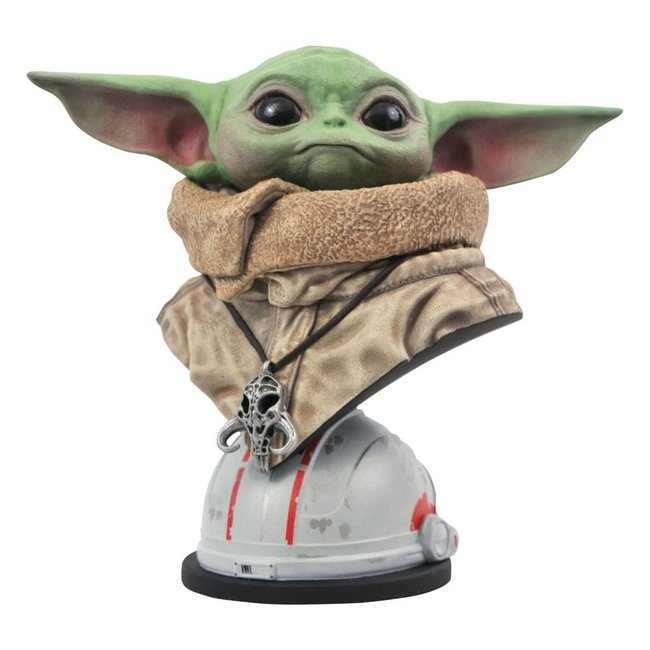 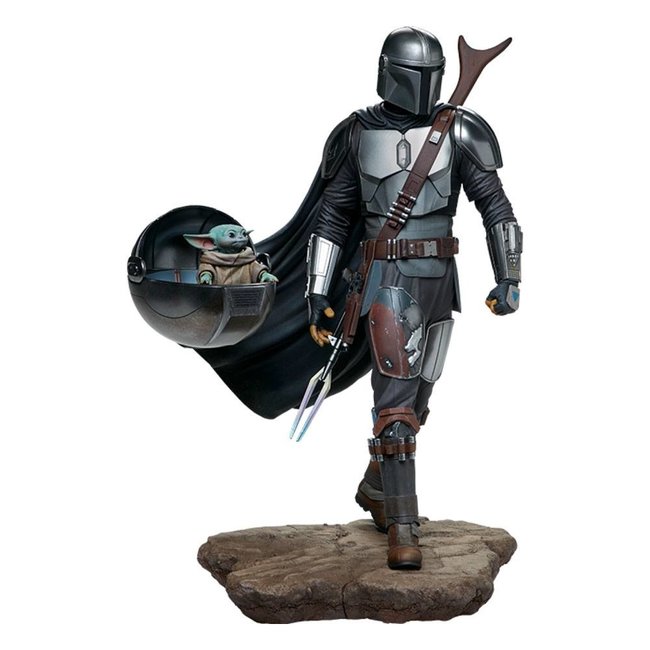 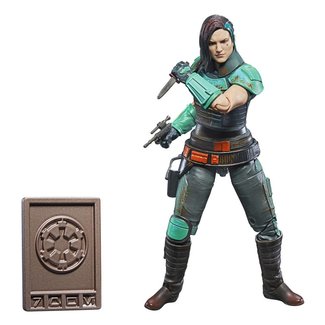 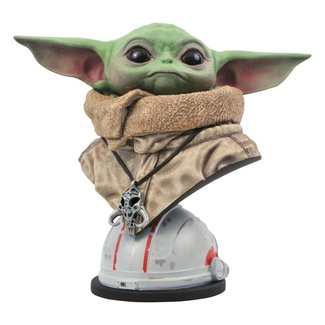 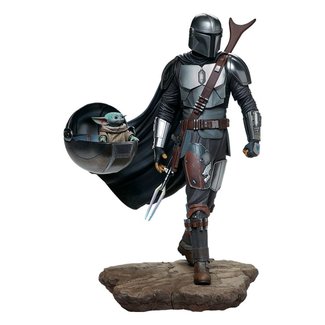