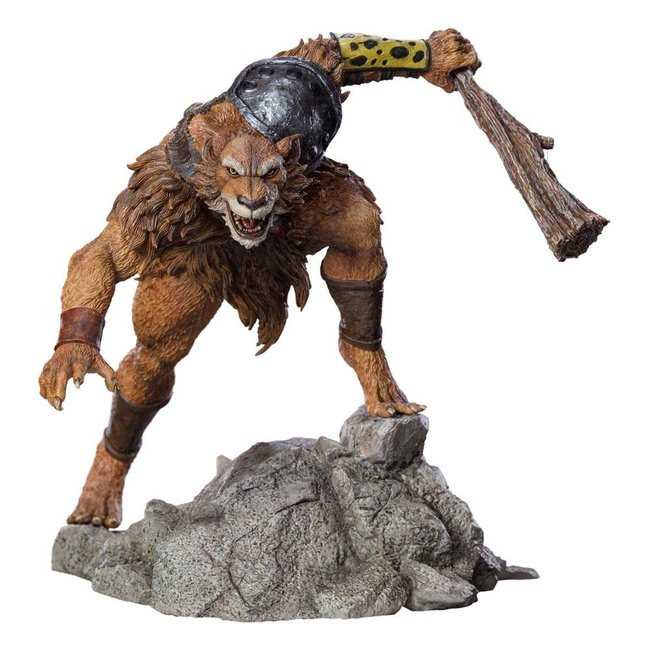 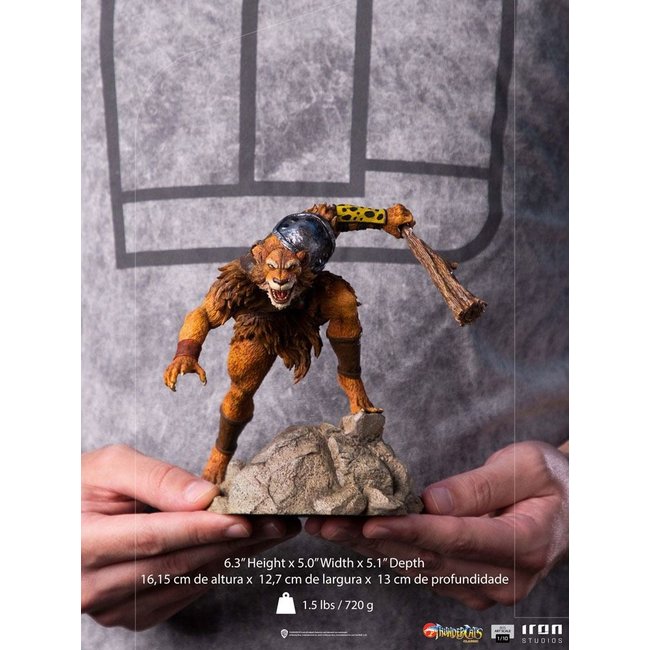 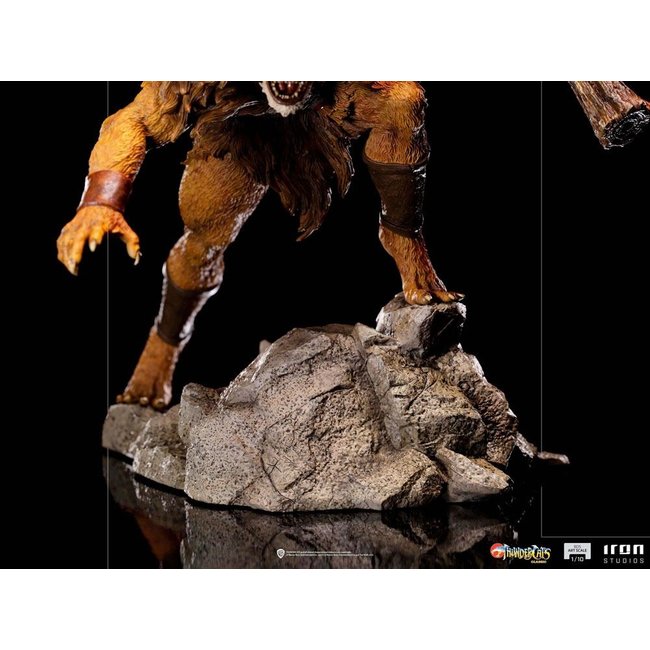 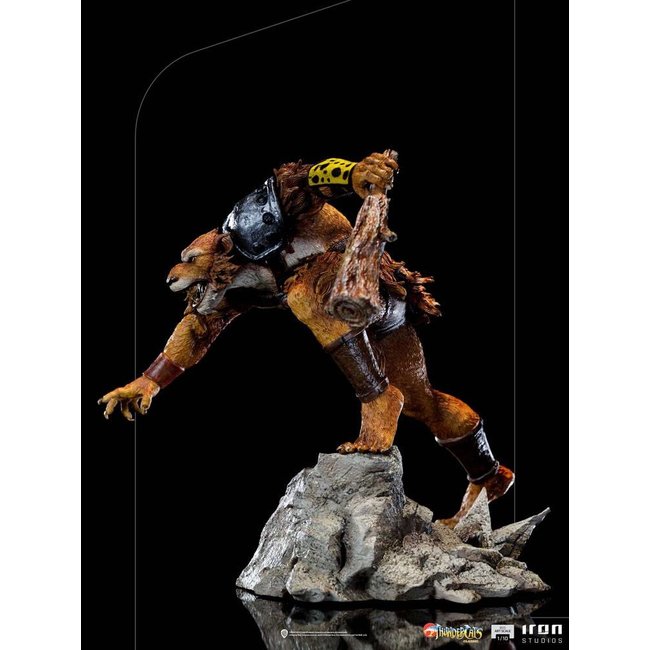 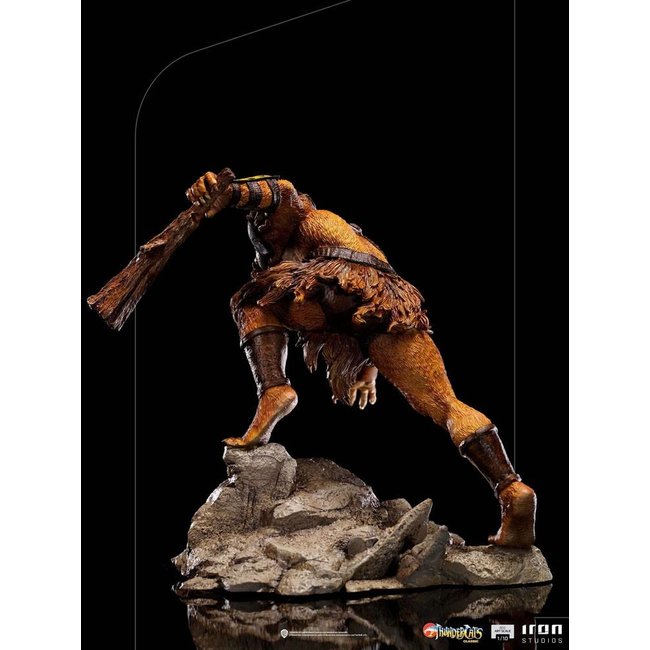 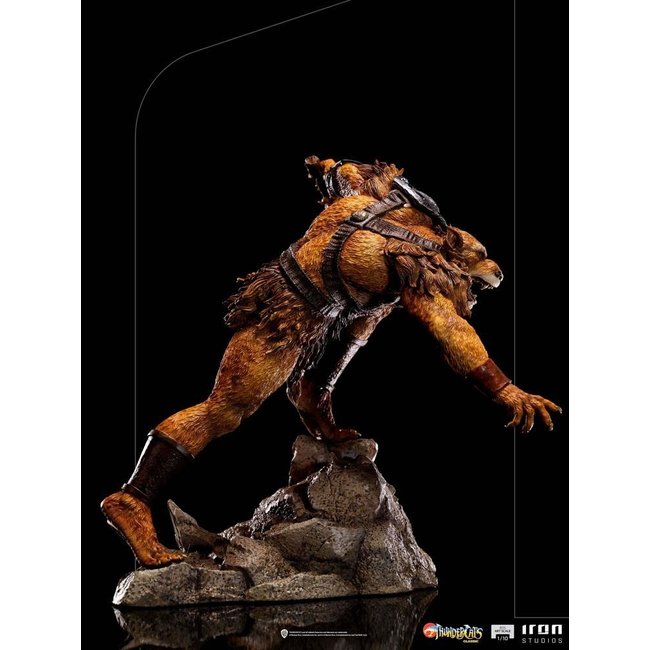 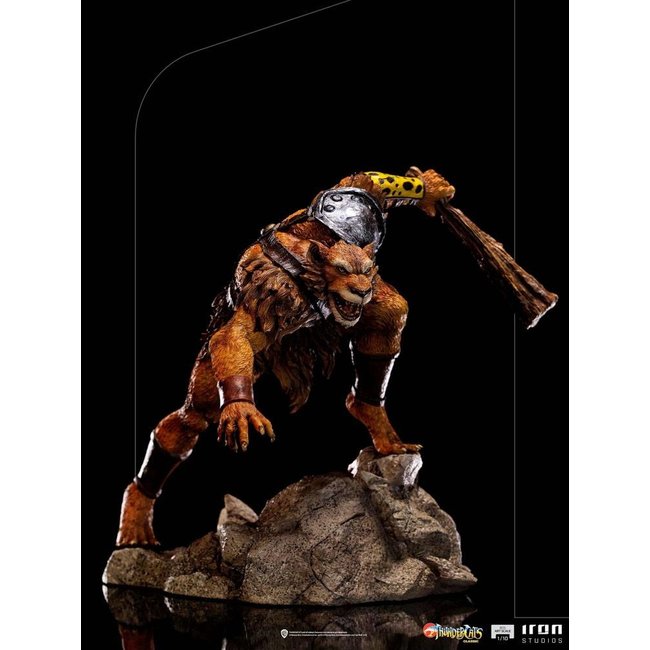 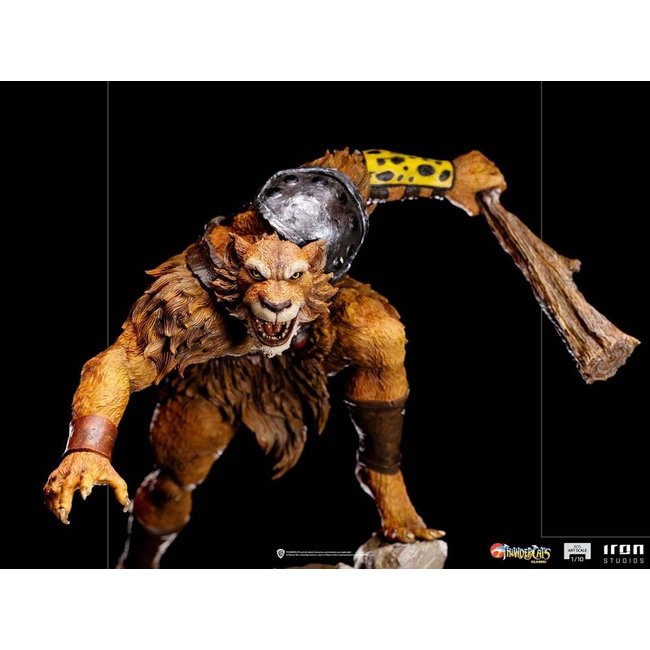 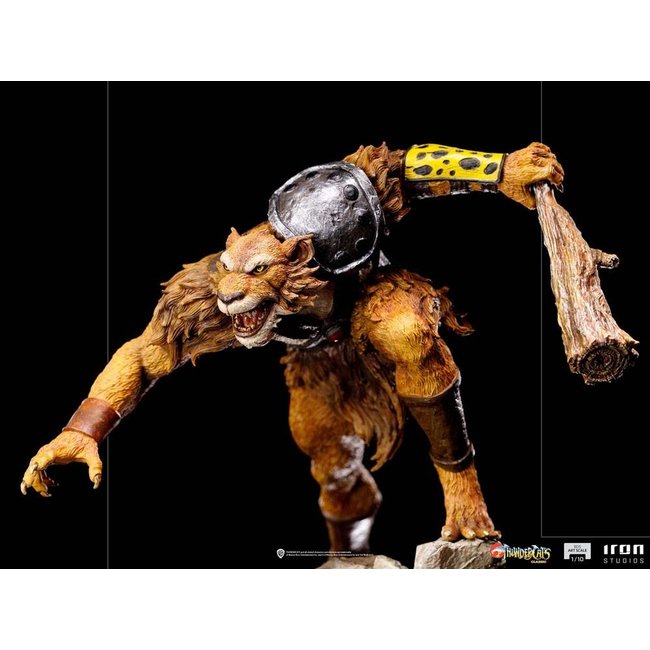 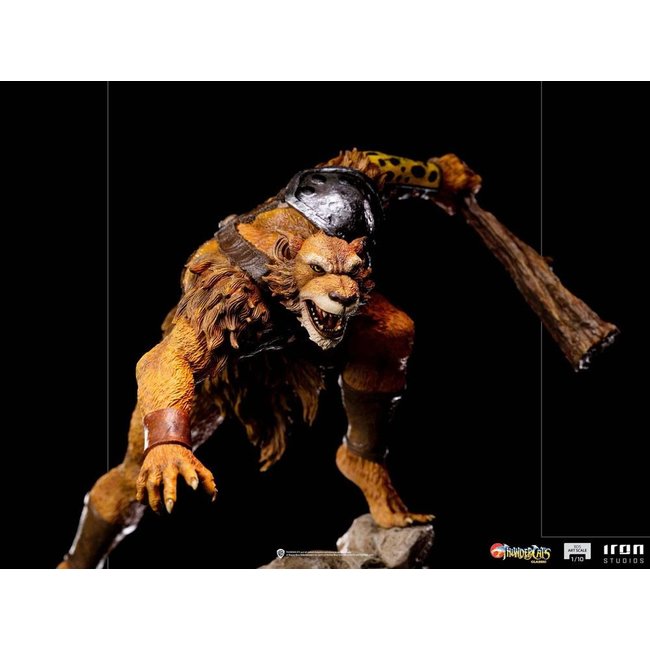 Created by Rankin/Bass, ThunderCats was one of the most successful animated series of the 1980s, with three seasons totaling 130 episodes. Expanding the collection of statues in the line based on characters created by Tobin "Ted" Wolf, after the previously released heroic ThunderCats gained prominence with individual pieces that form a diorama backdrop, Now it's the turn of the mutant villains to join forces with the mummified sorcerer Mumm-Ra (already available) in the composition of a scenario that will bring that will bring besides the canine Ma-Mutt, the Mutants of the planet Plun-Darr, enemies of the ThunderCats, Slithe and their allies Monkian, Jackalman and Vultureman, in new Art Scale 1/10 statues from Iron Studios, available individually.

Stealthy and treacherous, with canine features, a humanoid with a body covered in brownish-orange fur wields a primitive, but no less dangerous, Wooden Club, moving between rocks on the wild planet Third Earth. He is protected solely by a metallic gladiator shoulder pad, which covers the long tufts of fur on his left shoulder. Iron Studios presents the "Jackalman - BDS ThunderCats - Art Scale 1/10" statue of the cunning but cowardly member of the Jackalmen race from the planet Plun-Darr, and one of the main members of the Mutants, a group composed of different races of animalistic humanoid barbarians, who are among the enemies of the ThunderCats.
Often cowardly and cautious, Jackalman is the slenderest member of the Mutants led by the reptilian Slithe. An obedient but envious soldier, he once rebelled against his allies and created his own gang in which he named himself a leader, but his pride and selfishness put him in the footman position again. However, his cunning nature has allowed him to often turn difficult situations to his advantage and even escape them. Greedy and with a sarcastic sense of humor, Jackalman grudgingly serves the Mutants and always seeks to take control of the group, which has always turned out to be his undoing. 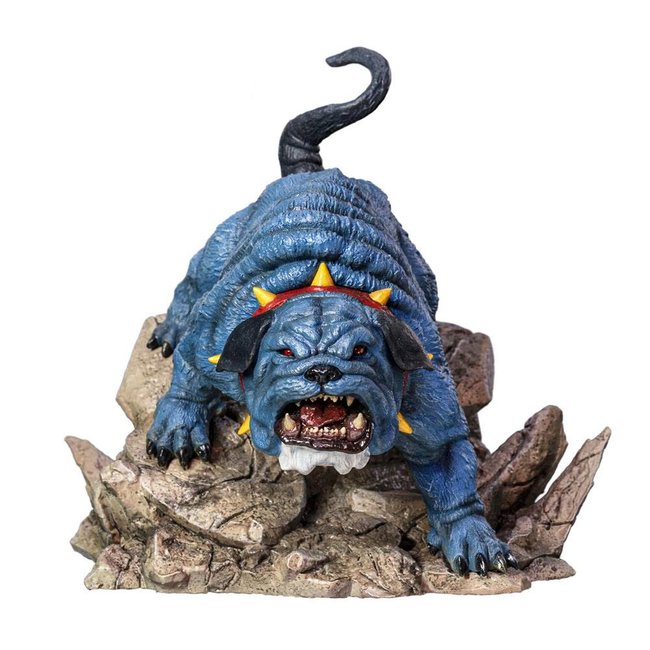 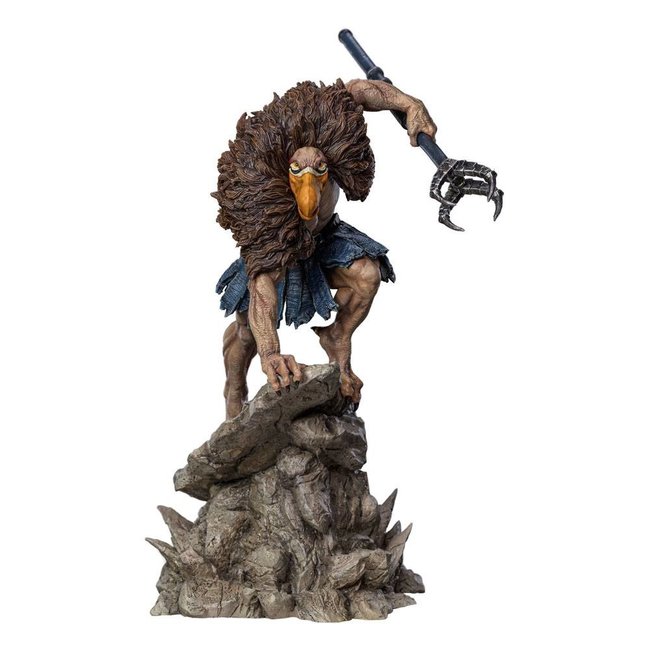 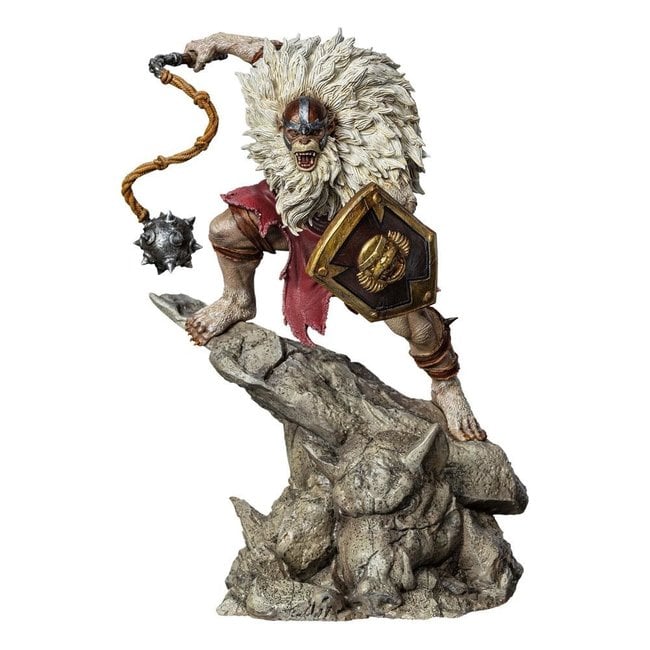 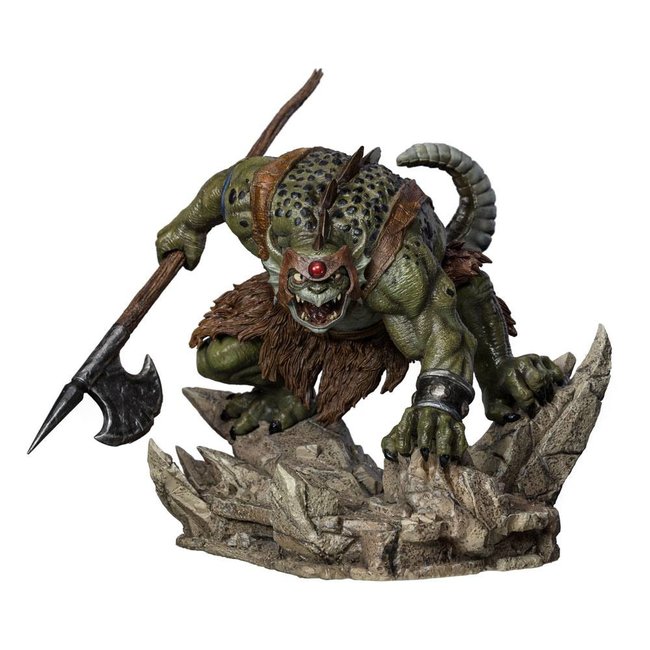