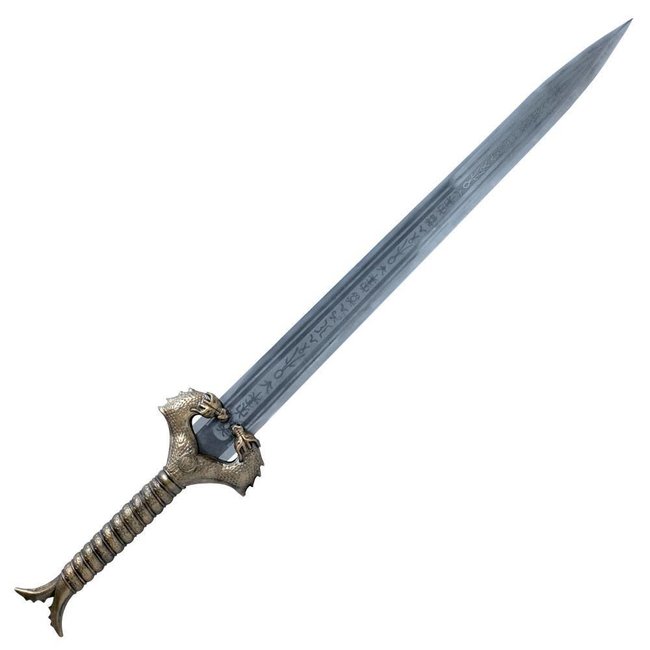 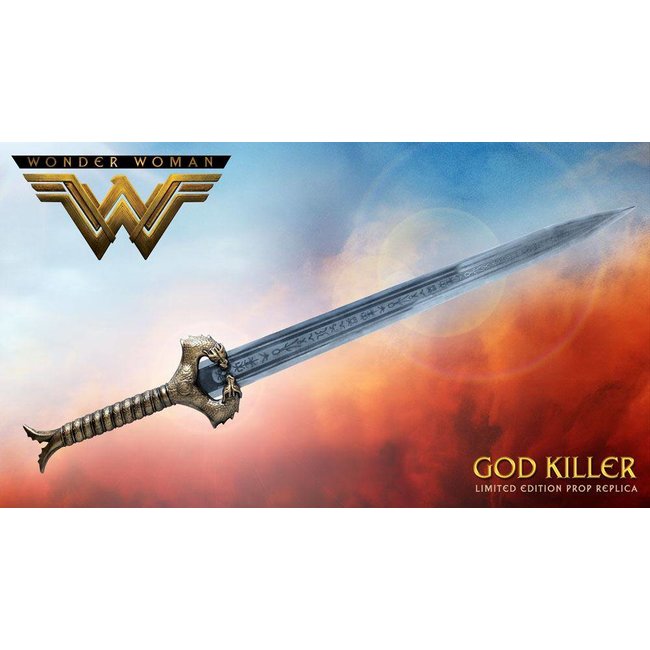 Wonder Woman ascended a high tower on Themyscira to acquire one of the many gifts the gods gave to the Amazons to use in her efforts to slay Ares the God of War. Any ordinary weapon wouldn't stand a chance against such an powerful foe, so she obtained a sword fashioned by Zeus himself, the God Killer.

Copied directly from the original prop sword with exacting attention to detail, this stunning 30-inch heavy duty replica has a hand forged blade made from stainless steel and features Amazonian runic script on the fuller as seen on the actual sword. The high quality gold colored metal alloy hilt captures mirrored dragons biting into the blade with reptilian armor wrapping around the handle, ultimately resulting in the end of their tails creating a ridged pommel. 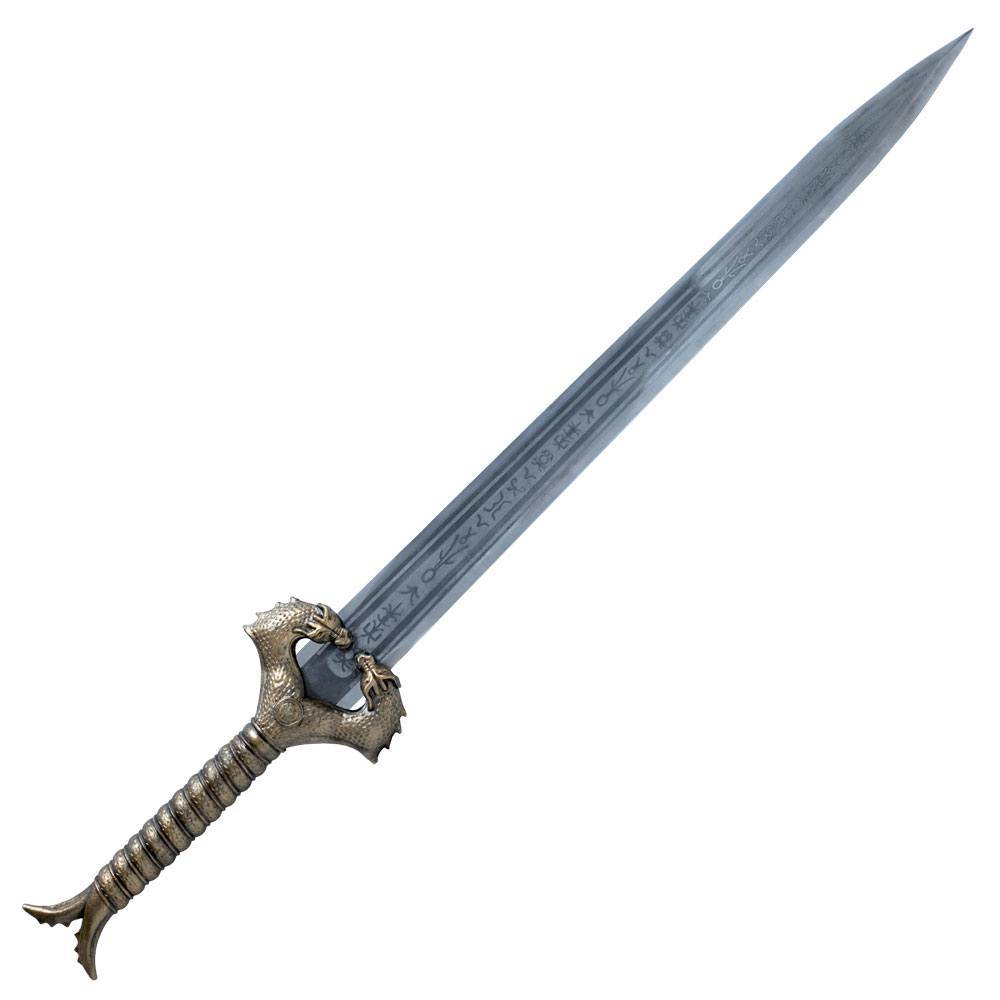 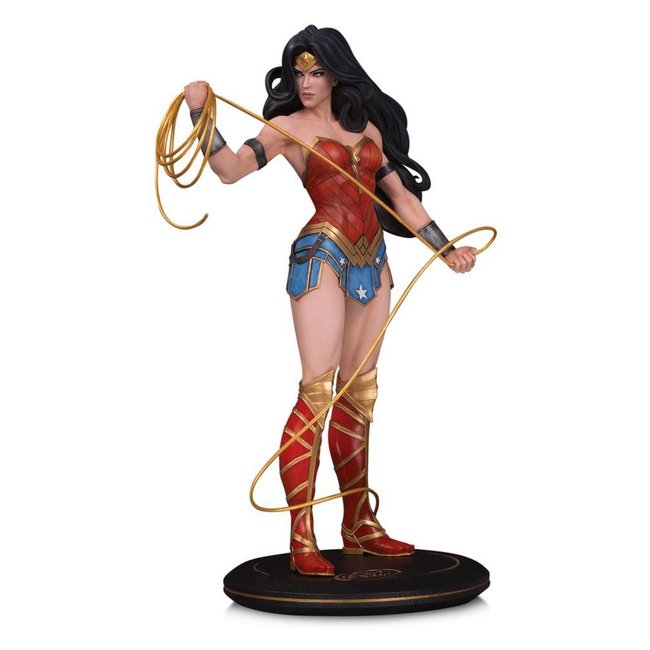 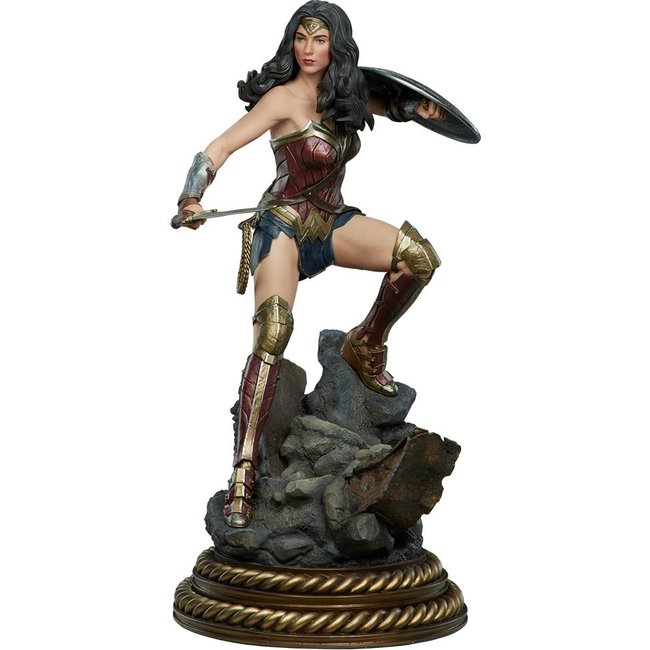