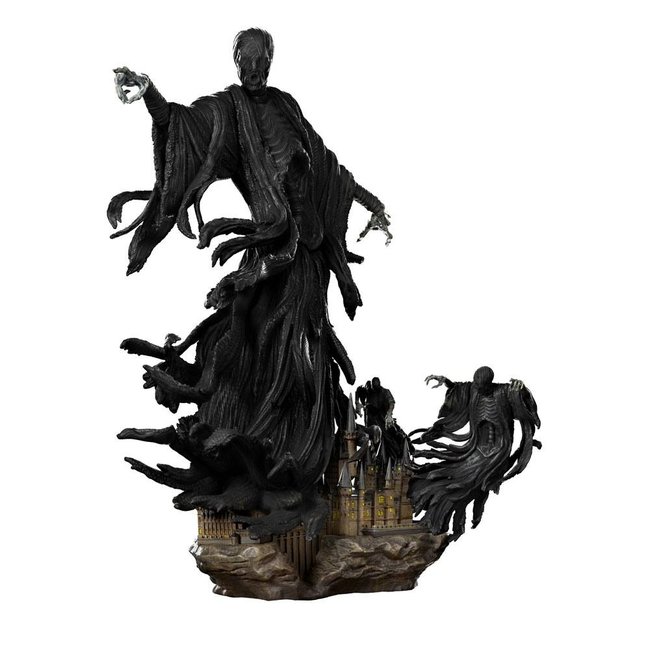 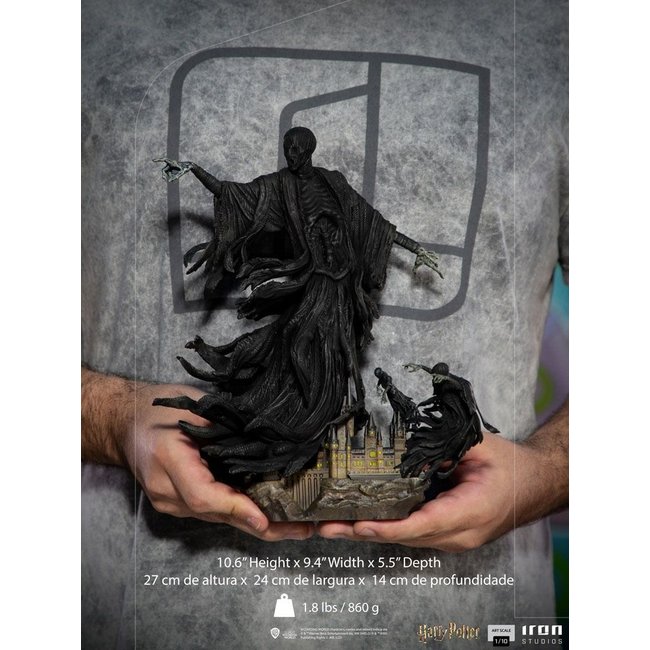 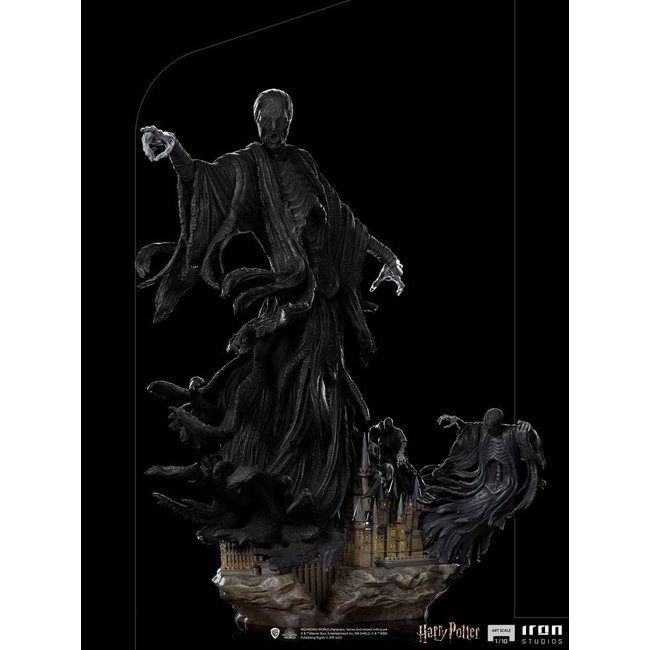 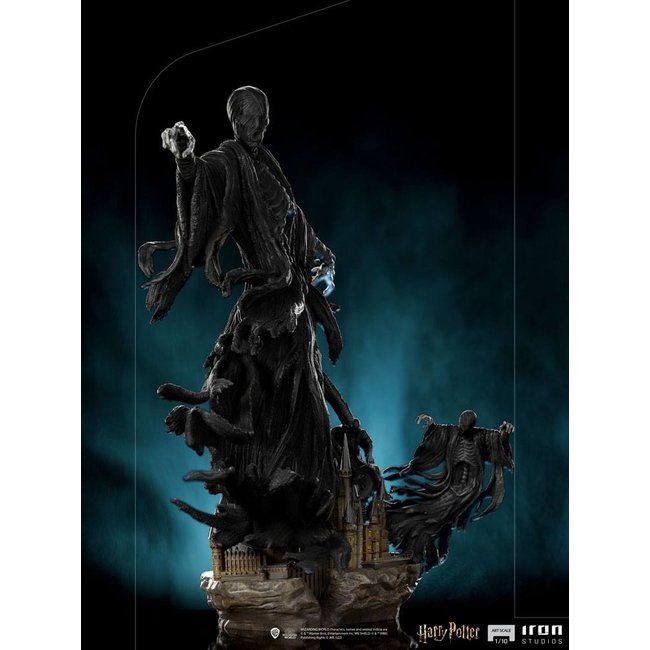 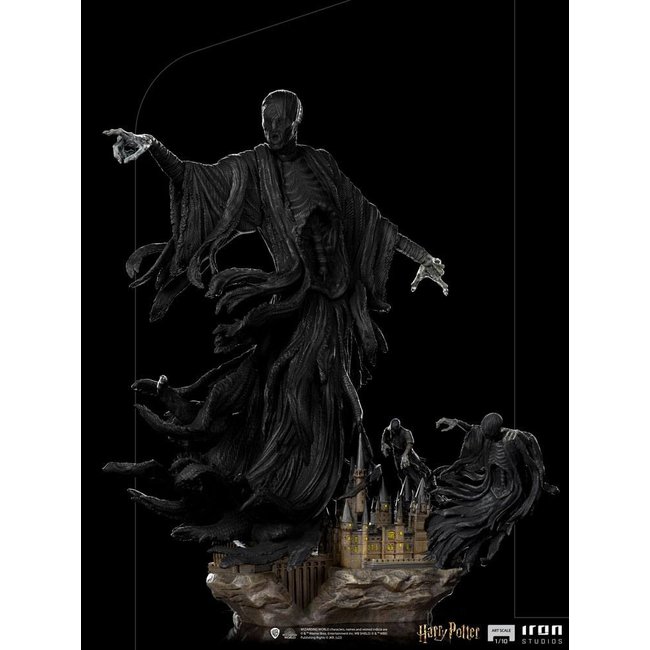 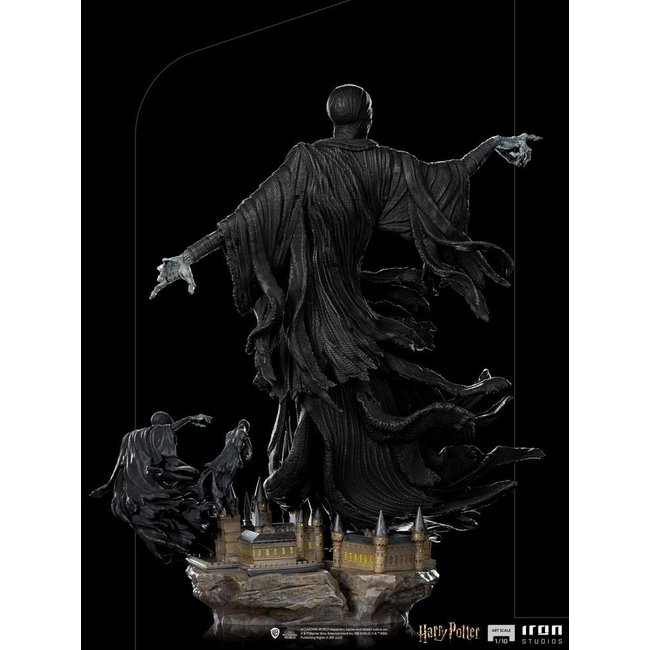 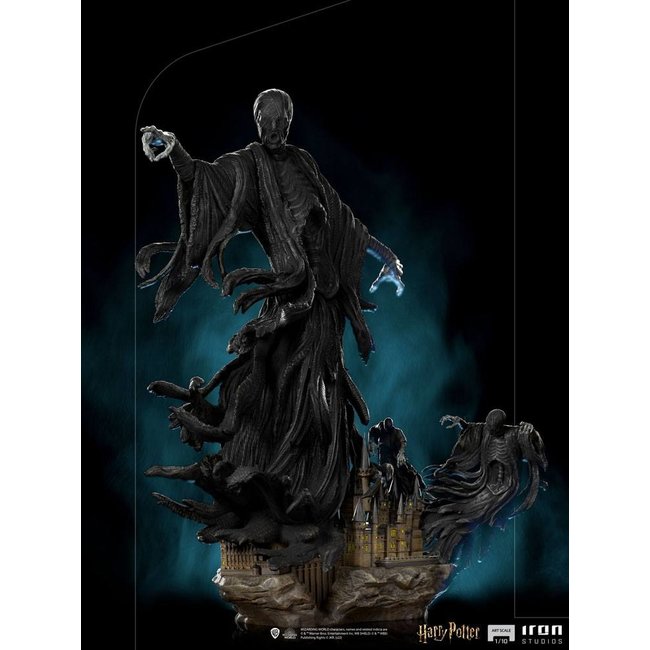 Over a pedestal that replicates the ancestral Castle of Hogwarts in miniature, on the Scottish Highlands mountains, headquarters of the largest School of Witchcraft and Wizardry of the world, three dark and
cadaveric figures float in search for new victims, to feed on their good souls, leaving a trail of fear, decay, and despair behind. Iron Studios bring their statue "Dementor - Harry Potter - Art Scale 1/10", with the most feared dark creatures from Harry Potter's wizarding universe.

Considered to be the most filthy and terrifying dark creatures in the magic world, a Dementor feeds on the human happiness, draining peace, hope, and joy from their victims, every good feeling, every happy memory is sucked, generating feelings of depression and hopelessness in anyone that gets near them.

They're also capable of consuming someone's soul, their most feared attack is called the Dementor's Kiss, leaving those who cross their path in a permanent vegetative state, like a mindless shell, because of that, they're also called the Soul-Sucking Fiends. In the past, they were employed by the British Ministry of Magic as Azkaban's prison guards, but after the Second Wizarding War initiated by internal conflicts arising from Dark Lord Voldemort's second ascension to power together with his followers, the Death Eaters, a reformed Ministry guaranteed that they weren't going to be used anymore, due to ethical amendments in the Ministry and the wizarding world. Almost indestructible, and loyal only to those who can provide souls for them to feed on, the only defense known against a Dementor is the so-called Patronus Charm, which summons a magic being, made of positive energy in the shape of a silver animal unique to each wizard. 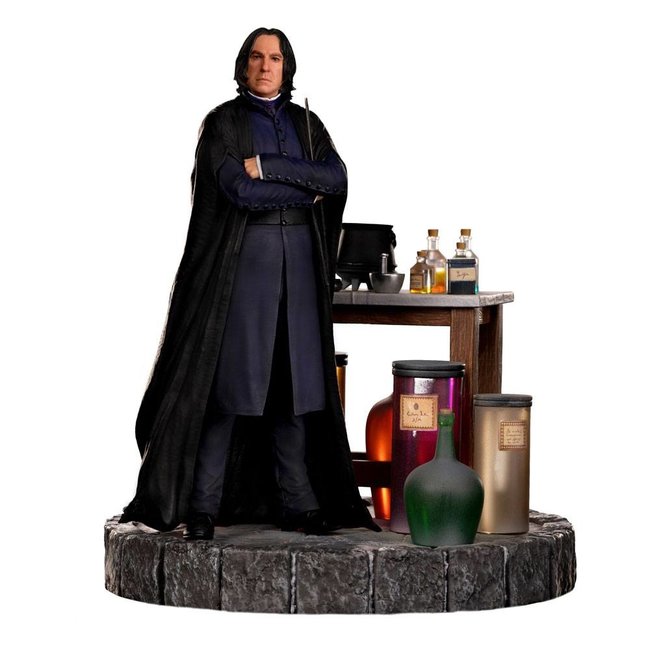 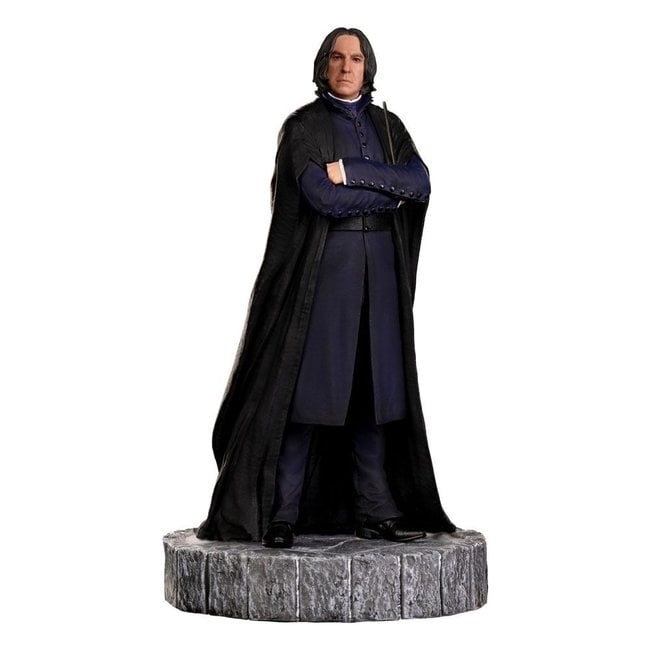