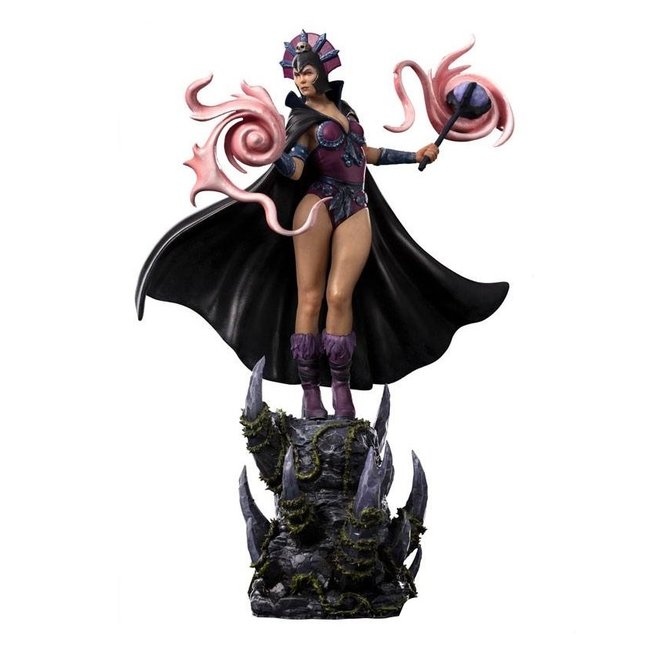 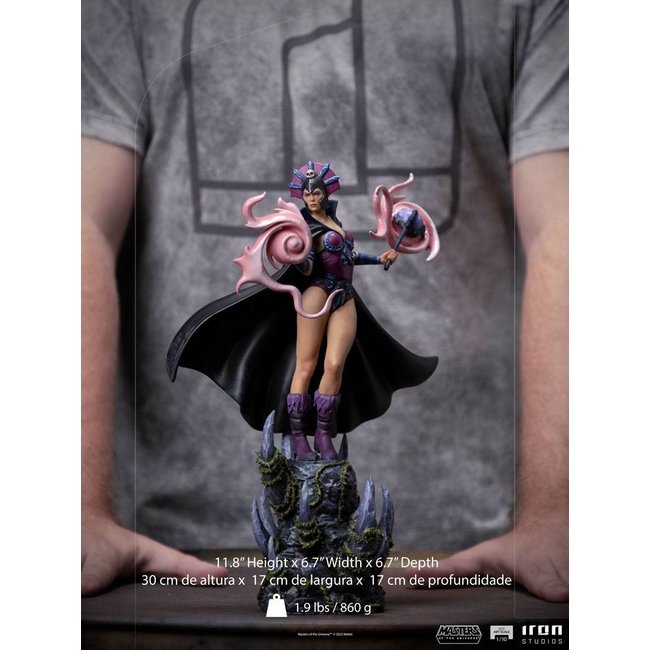 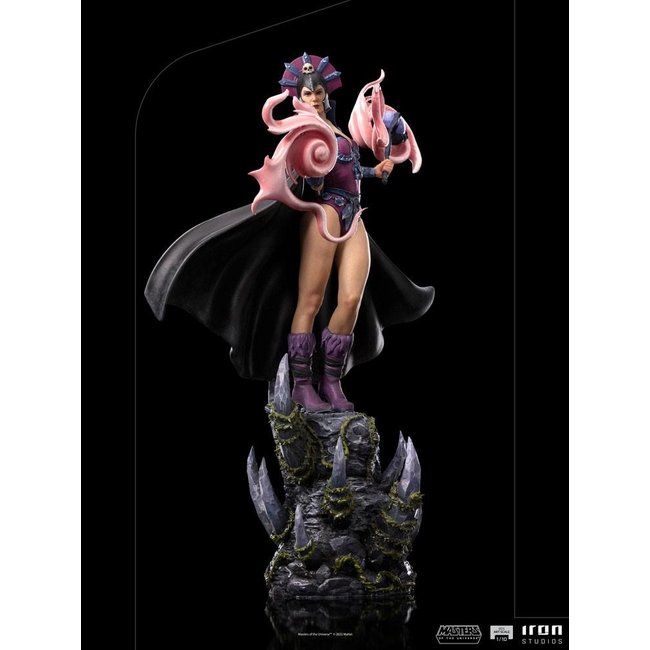 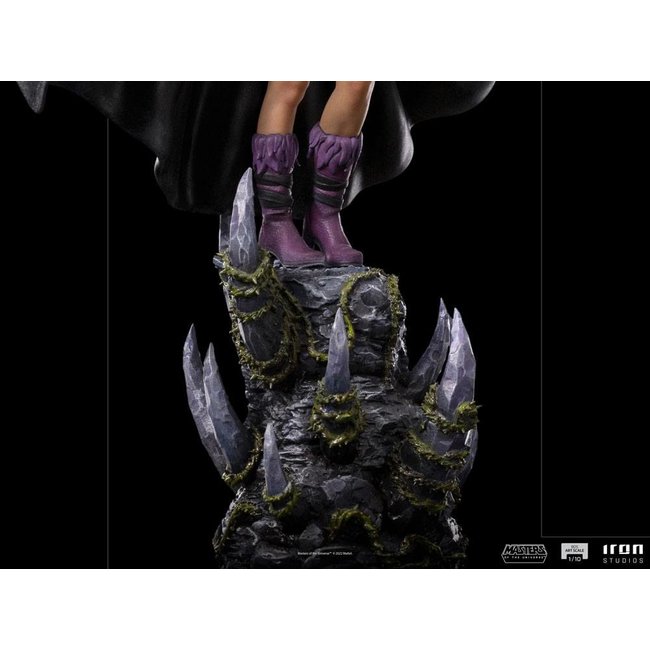 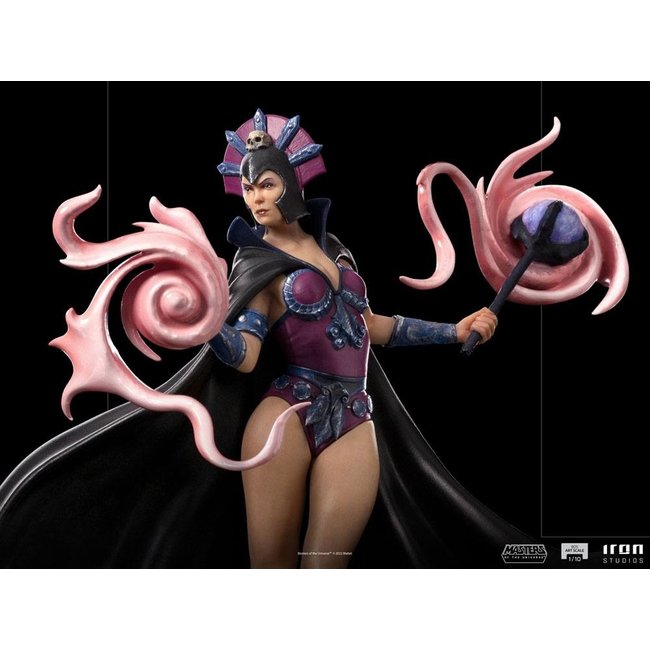 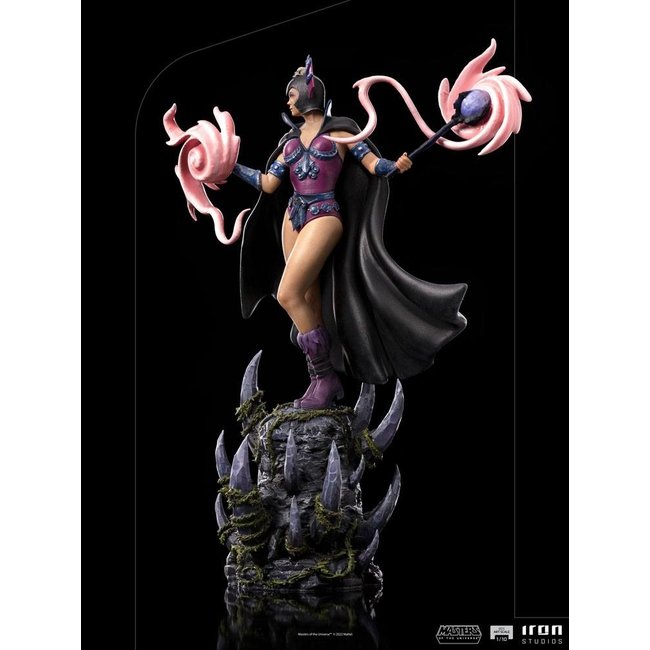 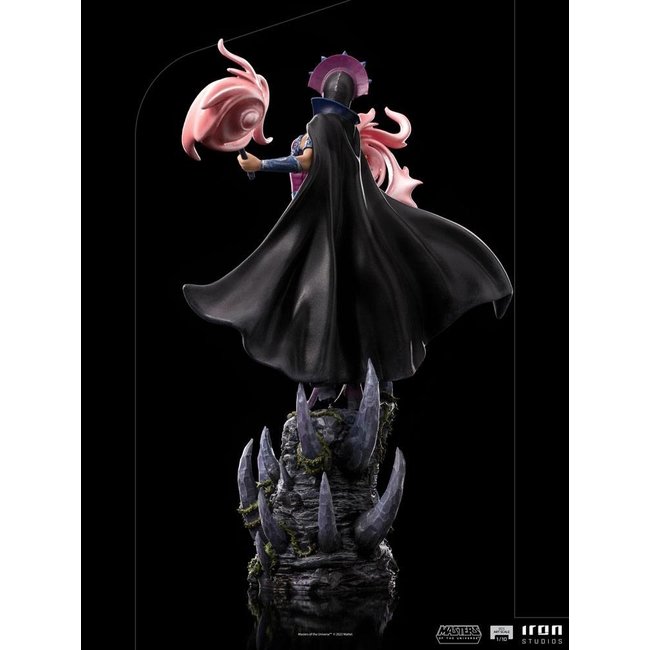 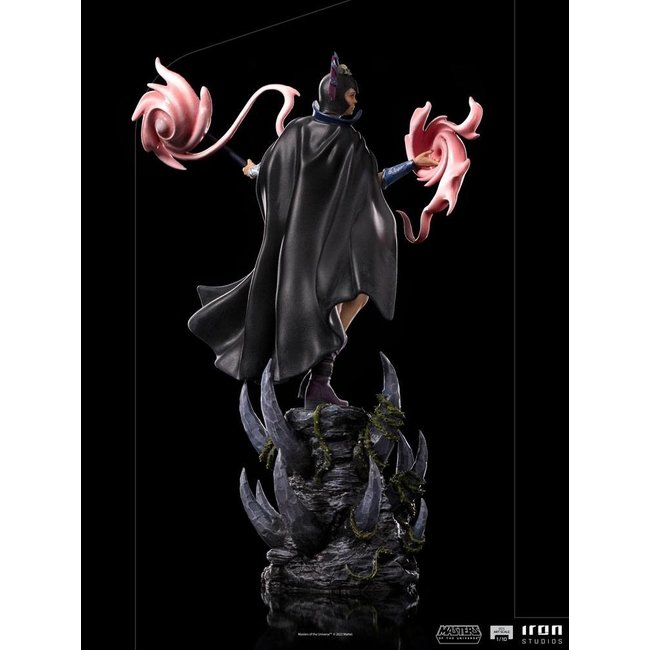 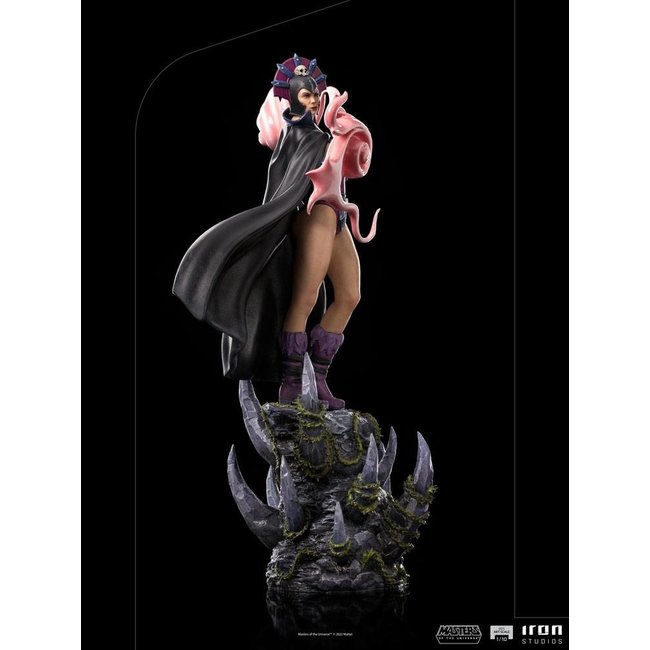 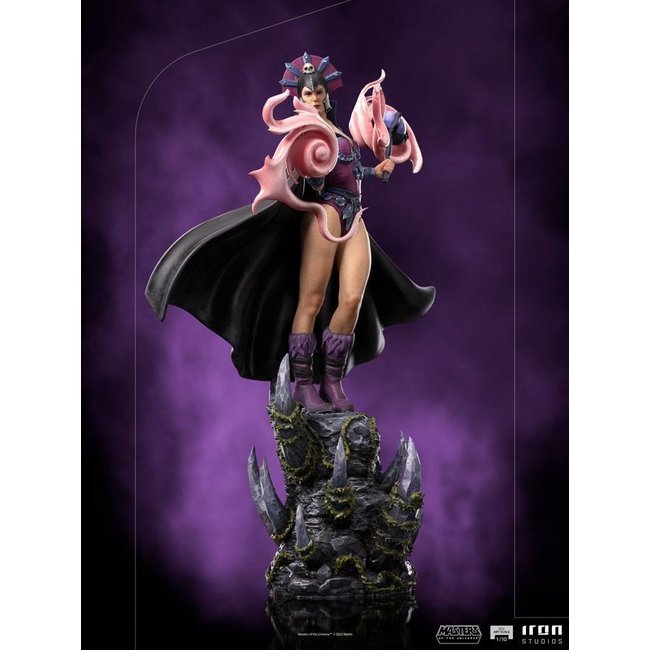 Serving as second-in-command for an evil sorcerer and as her most mighty and intelligent accomplice, the feared witch casts her magic with her mystic staff and her right hand, both forming spiral nacreous energy beams. As powerful as she is a leader, she watches over her objectives with cold and confident eyes, waiting to take advantage of her master's powers and rule planet Eternia one day. Wearing her traditional clothes in the shape of a purple swimsuit with blue ornaments, violet boots with black ribbons, blue bracelets, and having her body covered by a black cape and her head protected by a black helmet with a crown in her suit's colors, Iron Studios present the statue "Evil-Lyn BDS - Masters of the Universe - Art Scale 1/10", the most feared enemy villainess of He-Man and the Masters of the Universe, on a pedestal that refers to the evil lair on Snake Mountain.

Fiercely ambitious and many times working independently from her master, the ruthless sorcerer Skeletor, creating her own schemes to conquer planet Eternia, for which she occasionally recruited other henchmen, Evil-Lyn can teleport, shoot magic blasts from her eyes and hands, control minds and conjure storms, besides being very skillful in disguising herself, many times tricking the heroic warriors. Daughter of the powerful sorcerer Faceless One, she met the warlord Keldor in his youth, with whom she forged an alliance. When he was gravely hurt while fighting against Captain Randor in the Hall of Wisdom, Evil-Lyn took Keldor to Hordak's Sanctuary and witnessed his transformation into Skeletor. Despite her discomfort, Evil-Lyn keeps loyally serving Skeletor as his second-in-command, but always hinted that one day she would usurp his position. 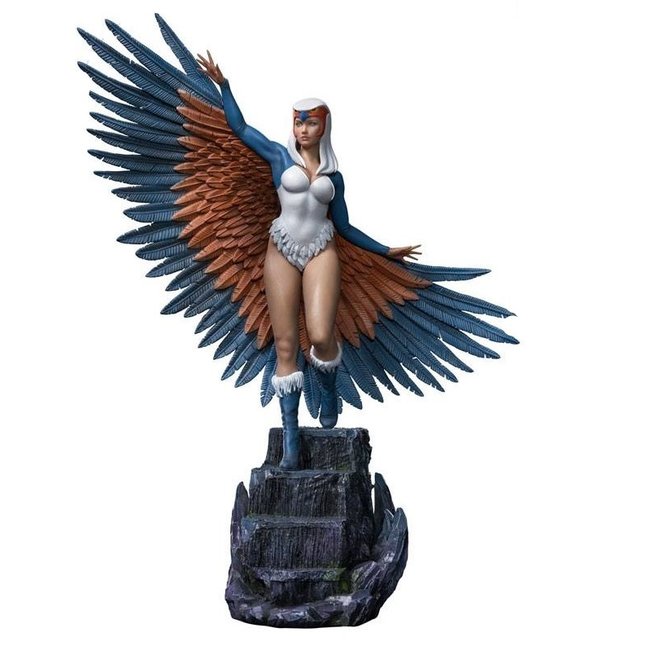 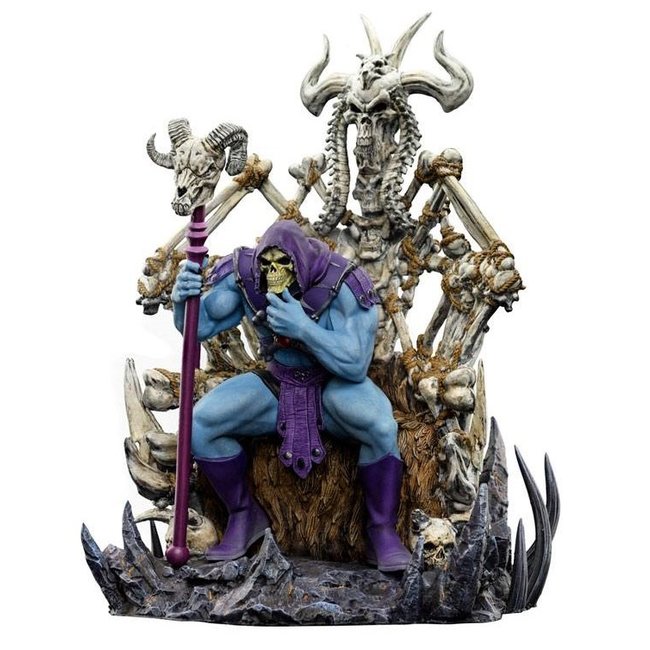 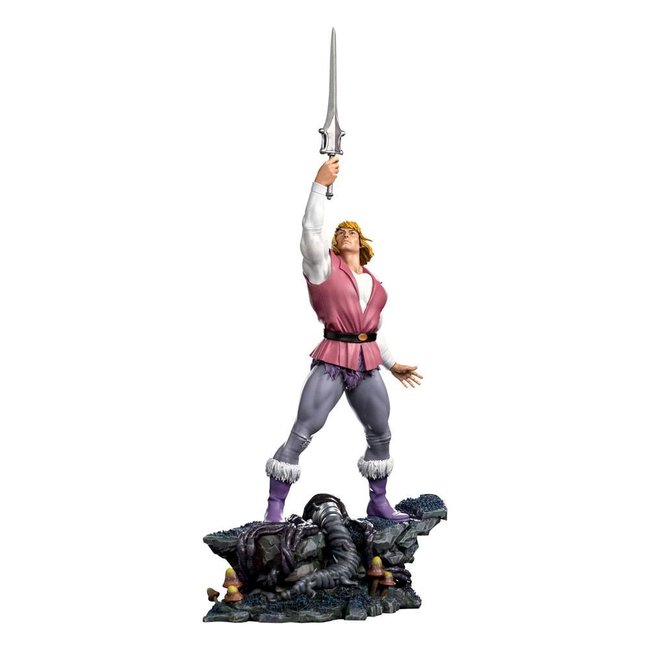 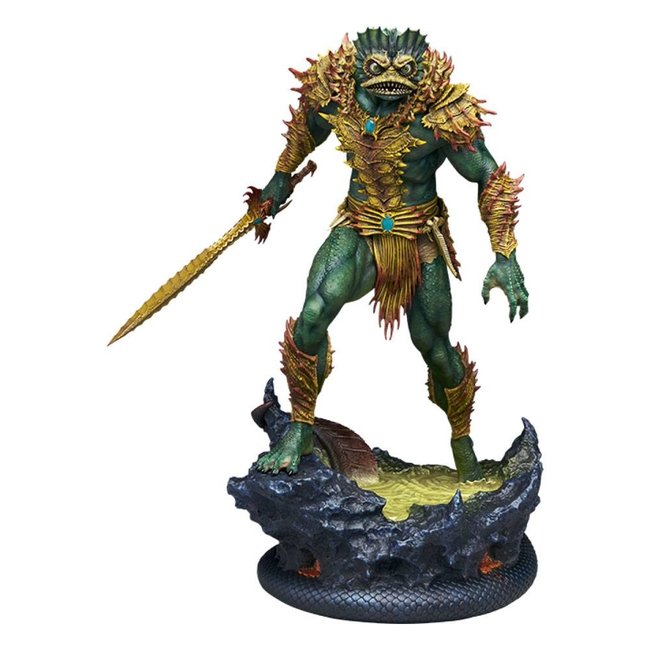 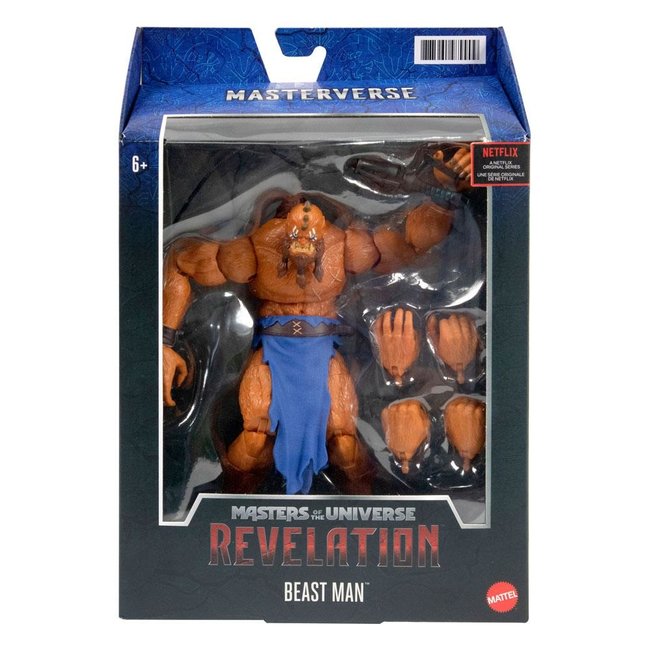 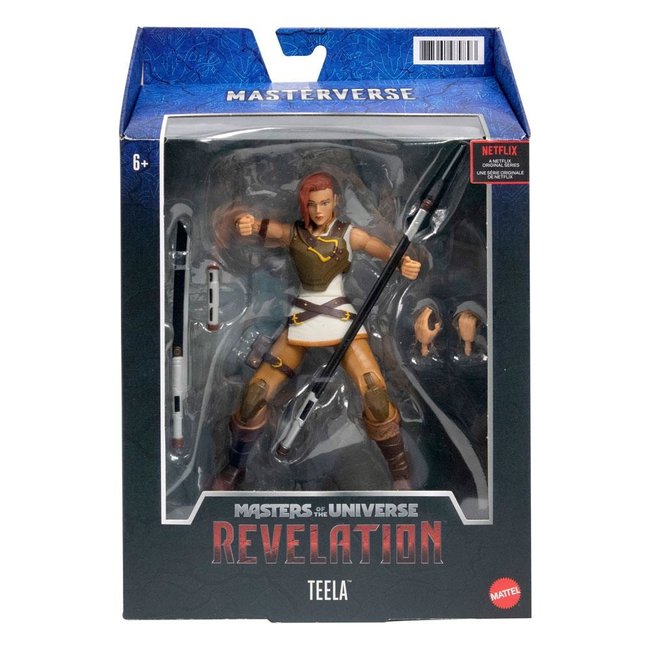