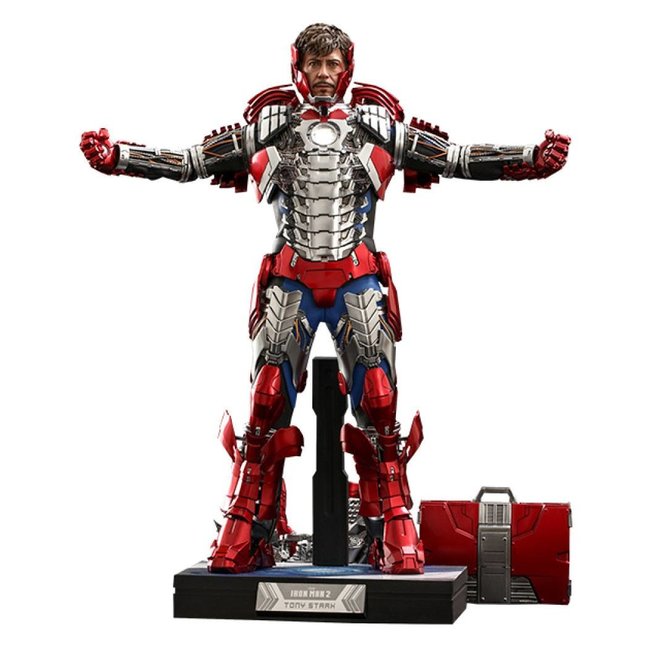 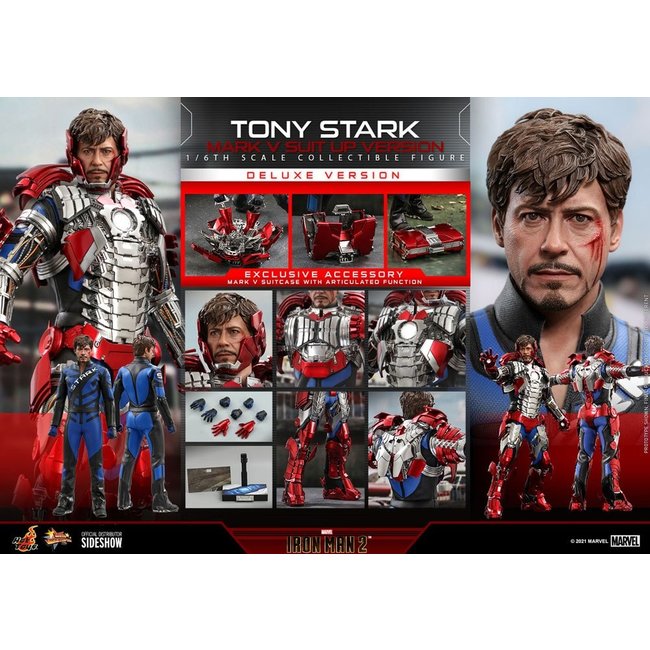 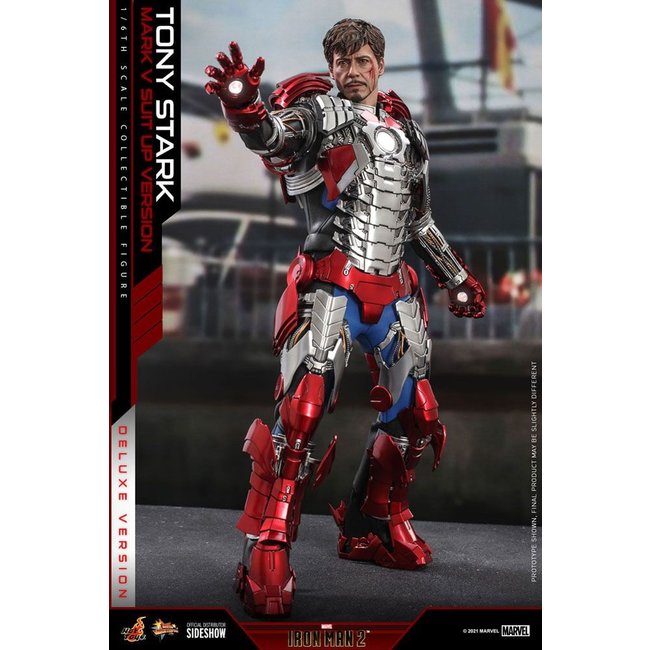 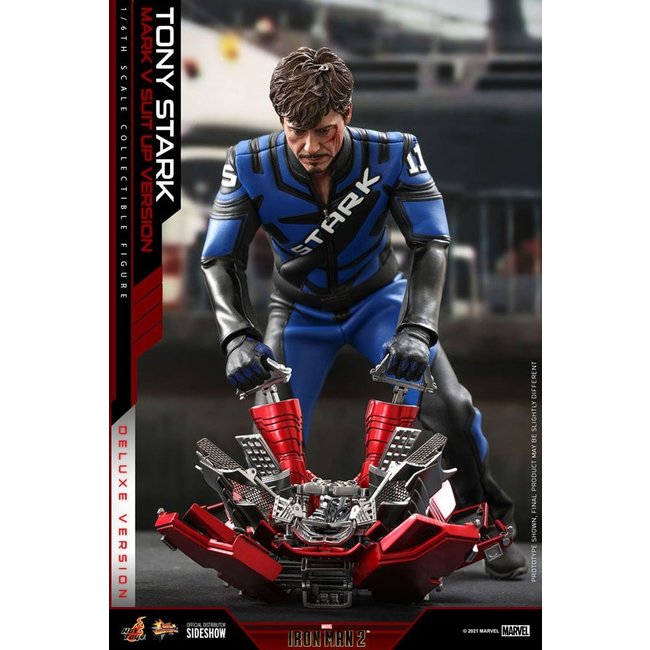 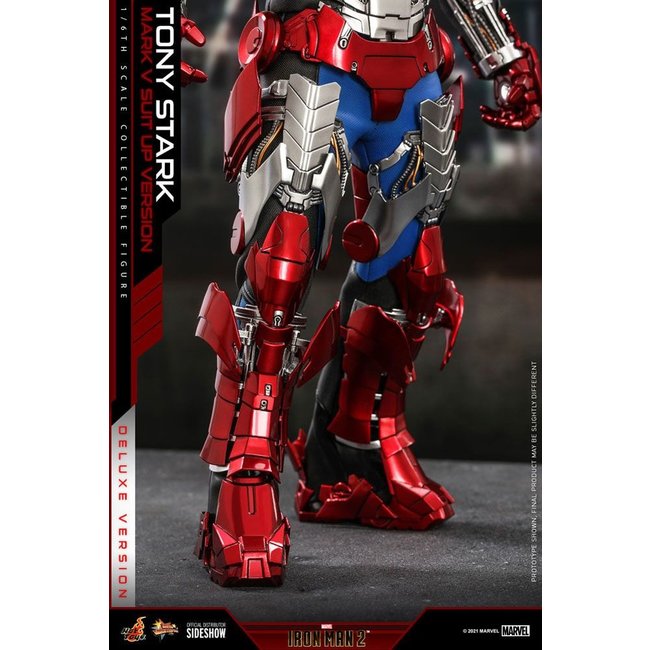 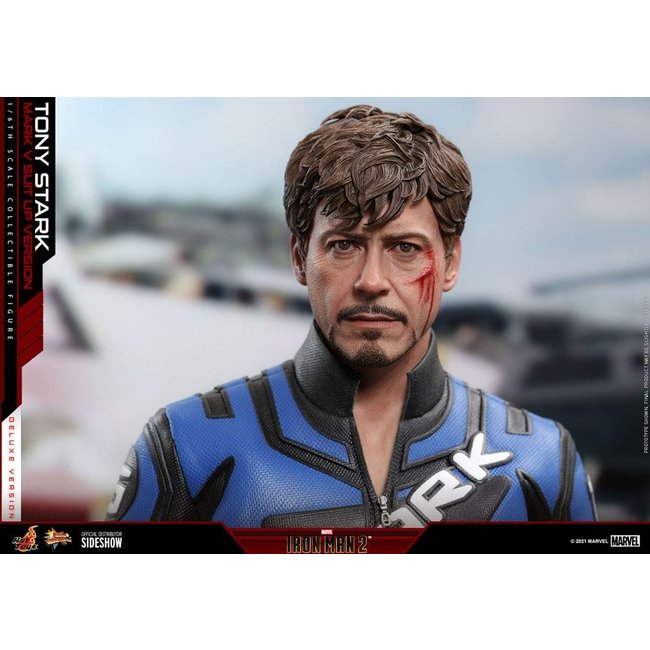 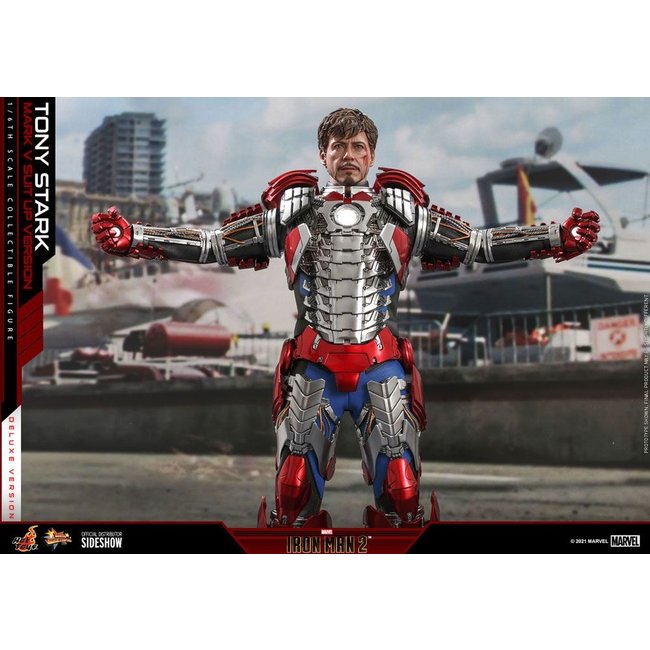 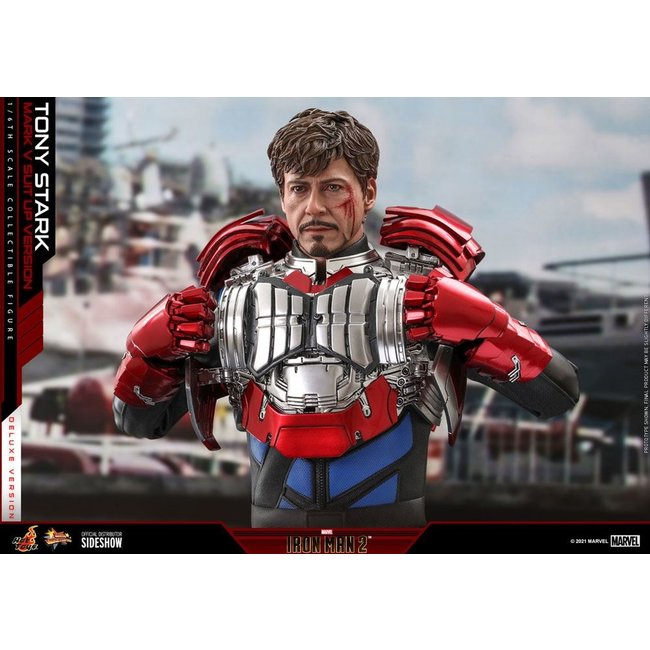 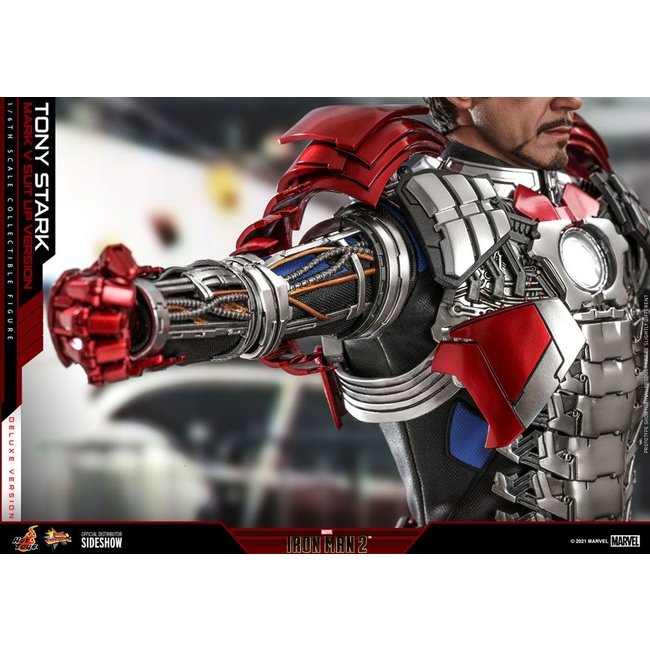 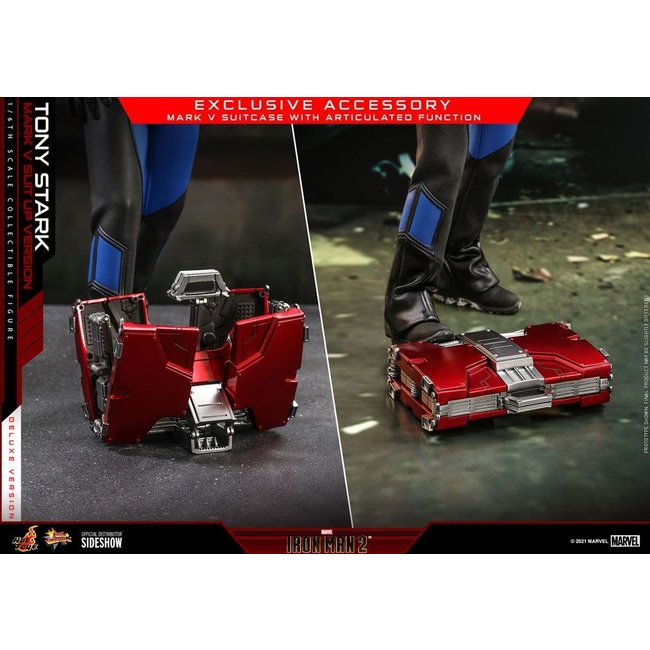 Shows up in the middle of the race circuit and demonstrates a near-perfect command of plasma-powered whips, Whiplash challenges Tony Stark's strength while he was driving in a formula car.

In addition, the deluxe version includes a stunningly detailed metallic red and silver Mark V suitcase with articulated function, displaying intricate compositions after expanding, comes with more assembling parts that especially for this suitcase, to recreate the scene to a full extent.

Suit up with the Tony Stark figure by today. It's a must-have for fans of Iron Man! 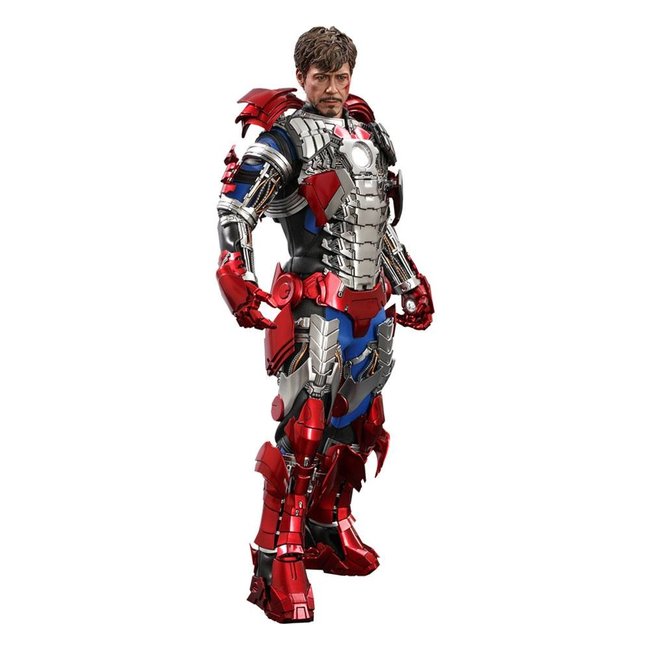