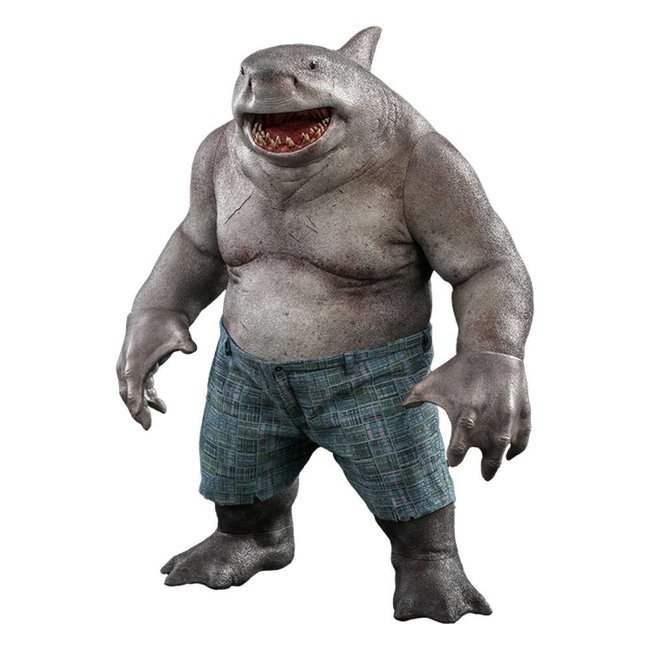 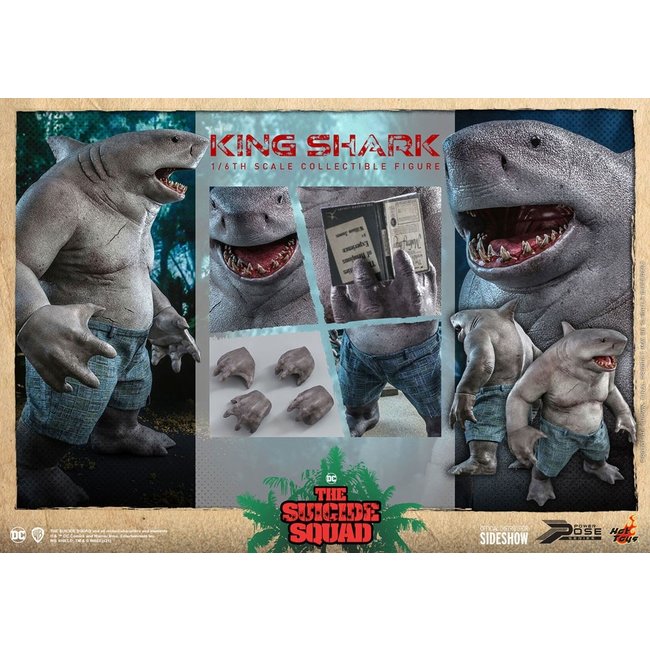 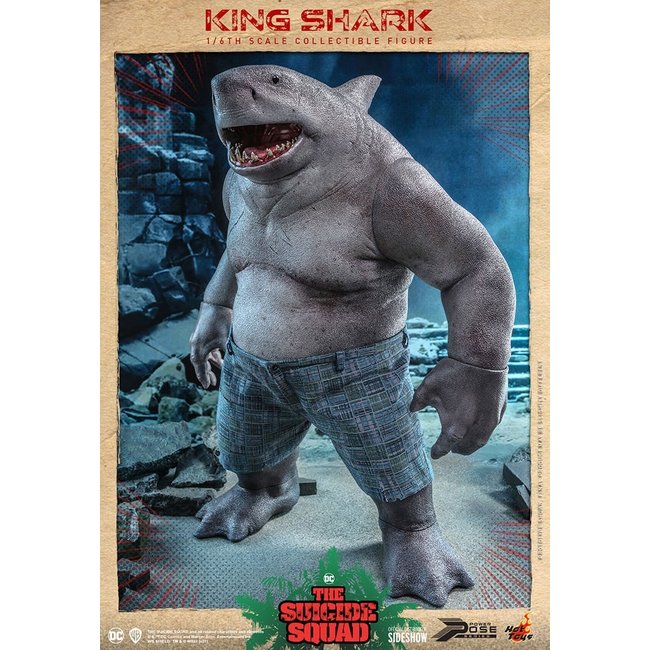 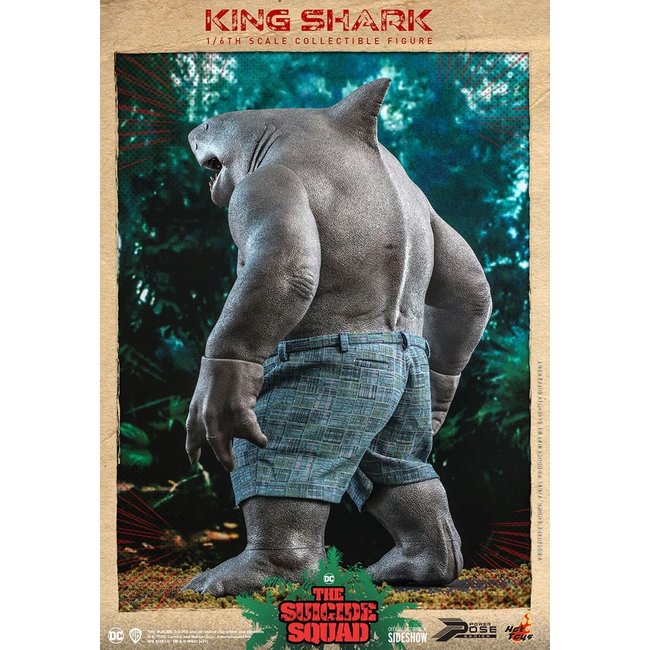 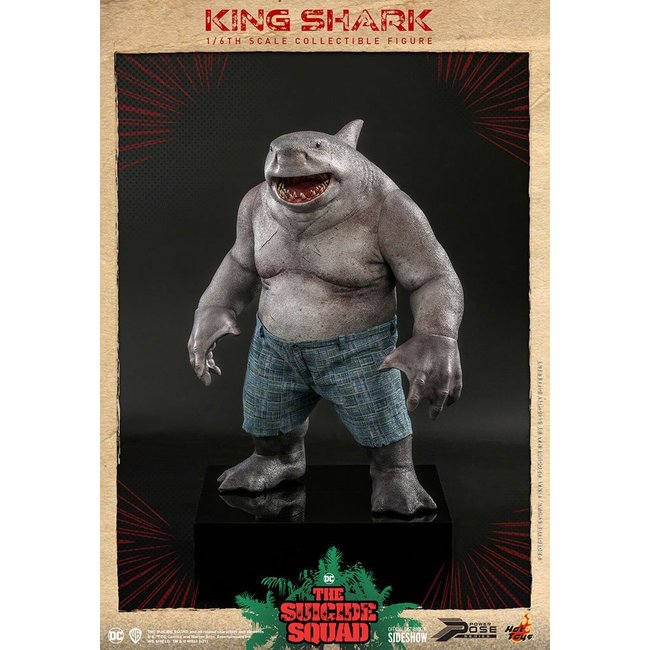 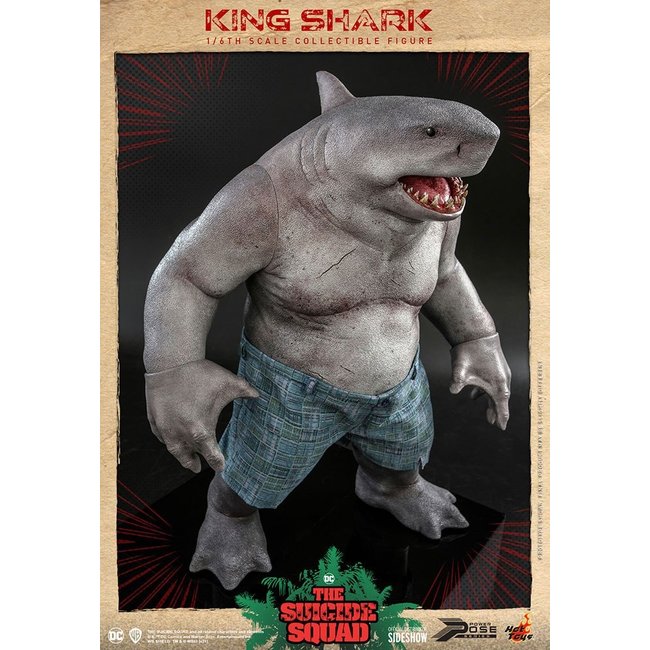 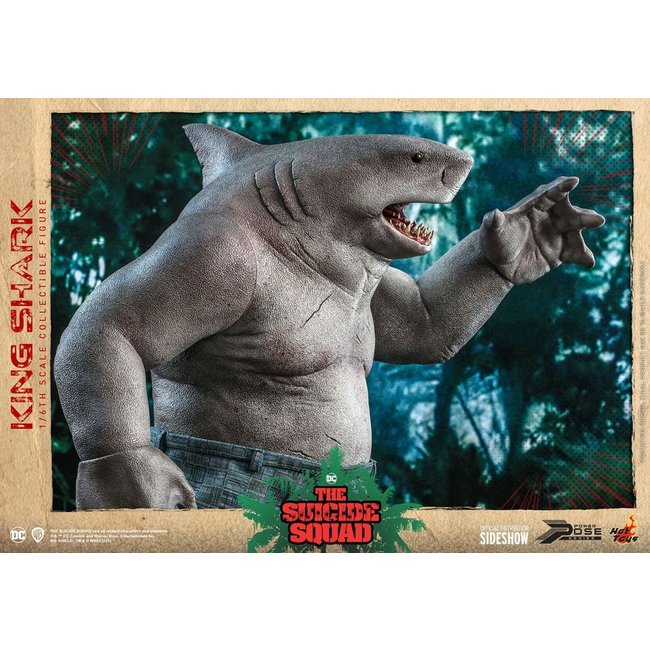 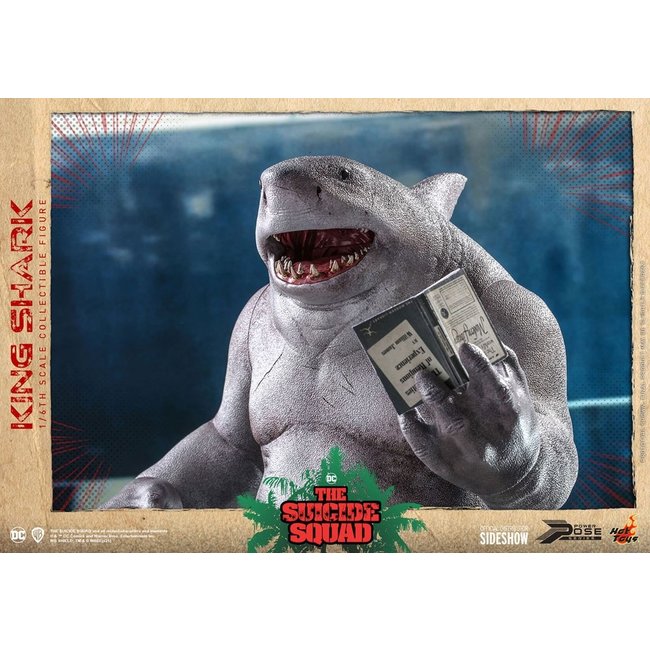 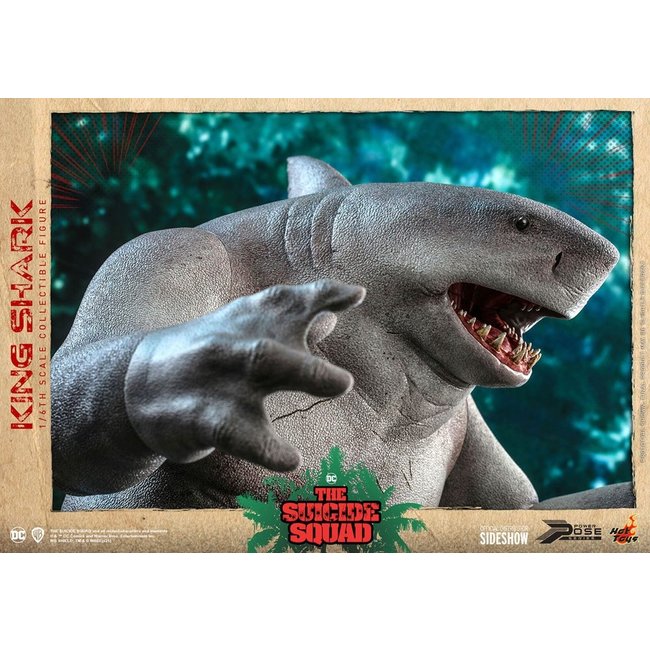 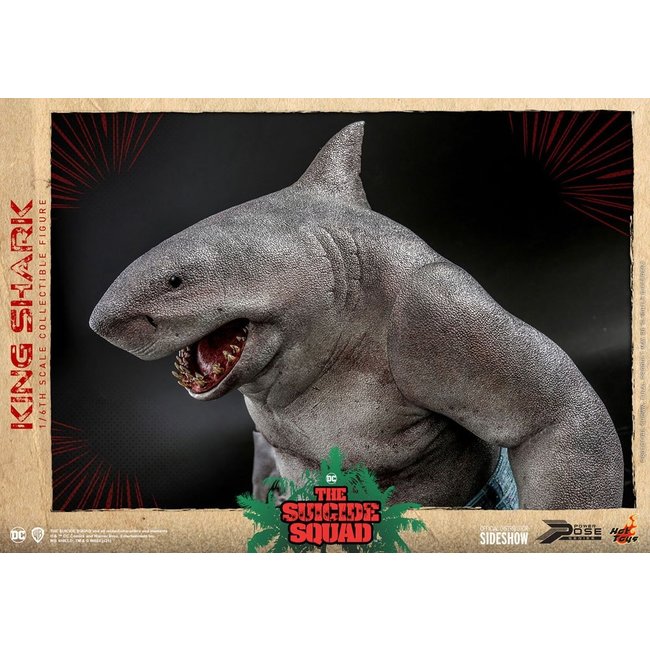 The squad gathers the most dangerous supervillains in the world is back for a new mission! Before hard times with the Suicide Squad turned him towards a life of maritime crime, this lowborn son of an ancient shark god, known as Nanaue, was the terror of the Hawaiian seas.

Sideshow and Hot Toys are excited to introduce King Shark Sixth Scale Collectible Figure from our Power Pose Series. It's also one of the figures that made its debut in the Hot Toys Summer Showcase!

Masterfully crafted based on the appearance of King Shark in The Suicide Squad, the movie-accurate figure stands approximate 35.5cm tall, features a semi-articulated body structure with the ability to perform arms, wrist, and waist movements; detail recreation of King Shark's signature features such as jaw, rows of sharp teeth, and rough skin texture; terrific paint job using a mixture of white and grey; two pairs of finely sculpted hands for poses; a pair of specially tailored pants with patterns, and a book.

Recruit King Shark to save The Suicide Squad today! 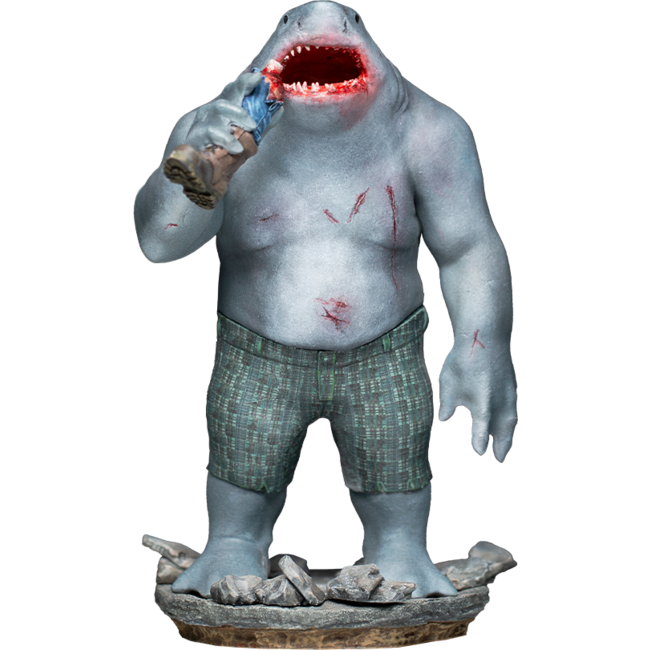 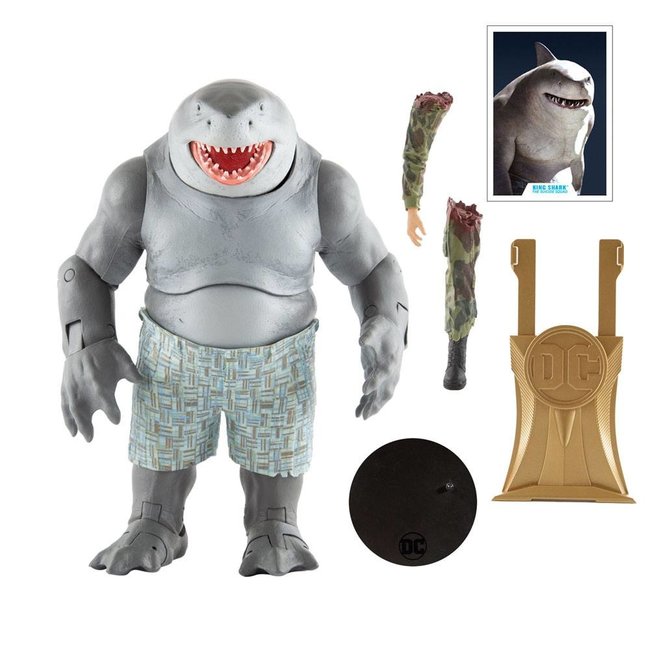 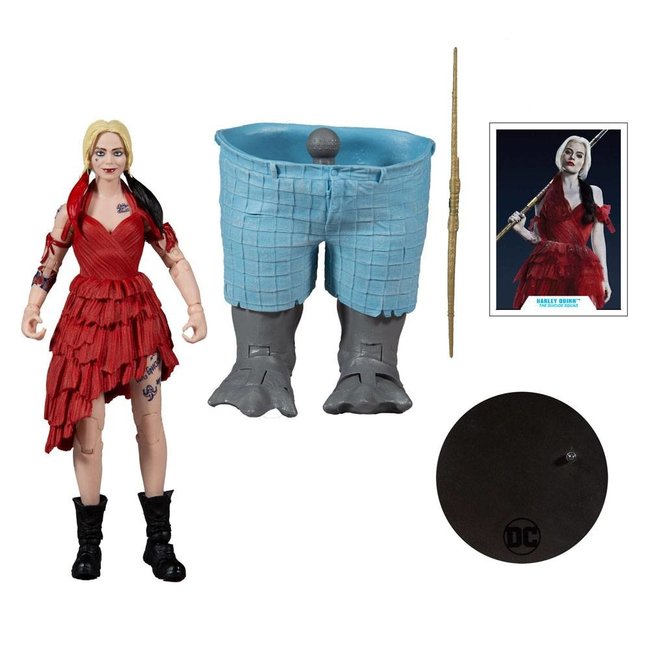 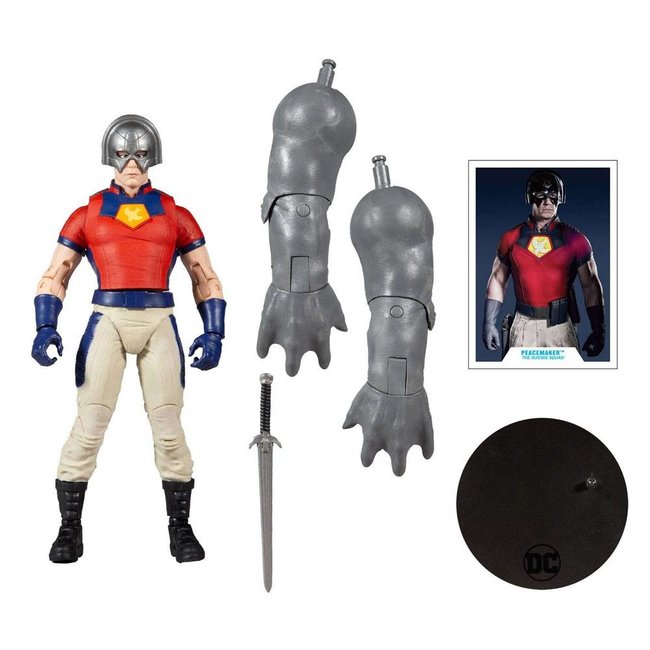 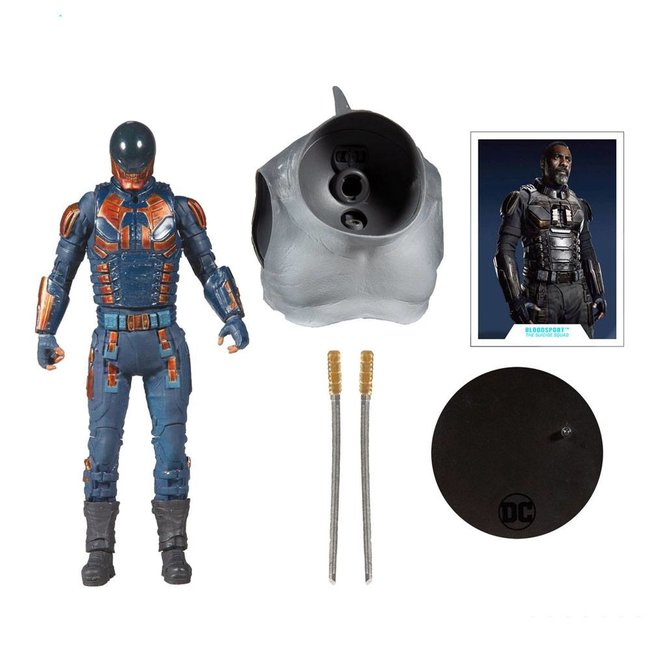 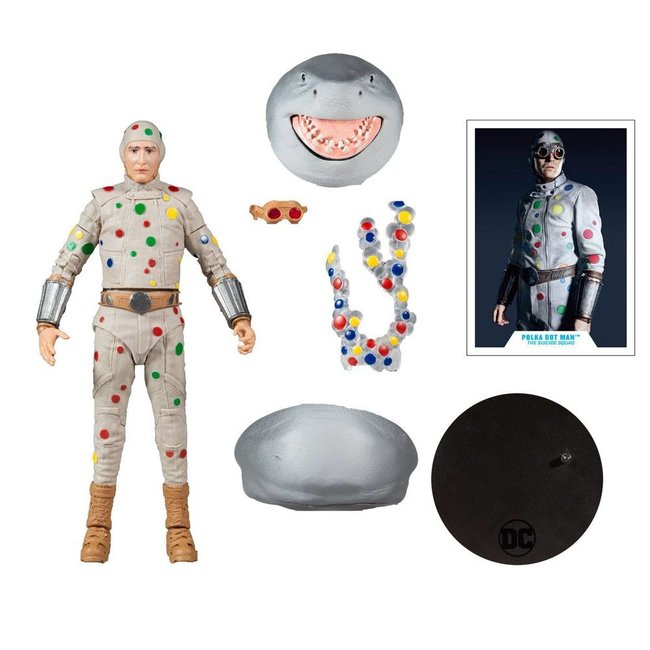