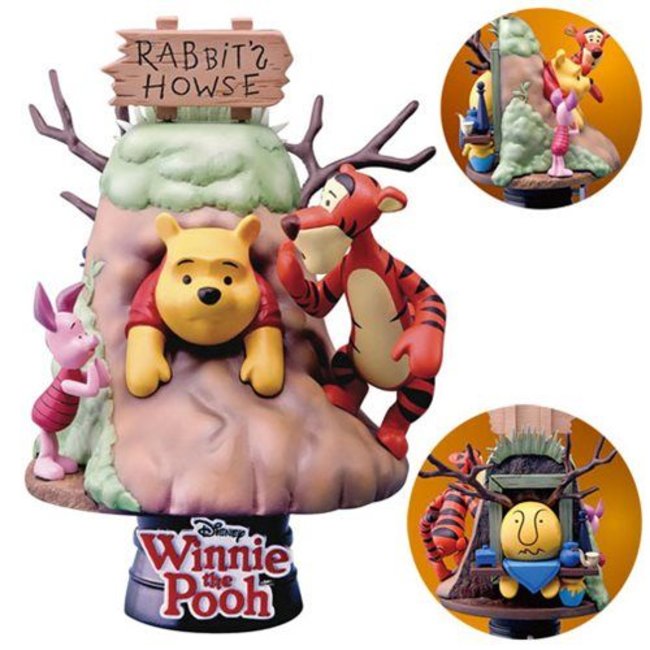 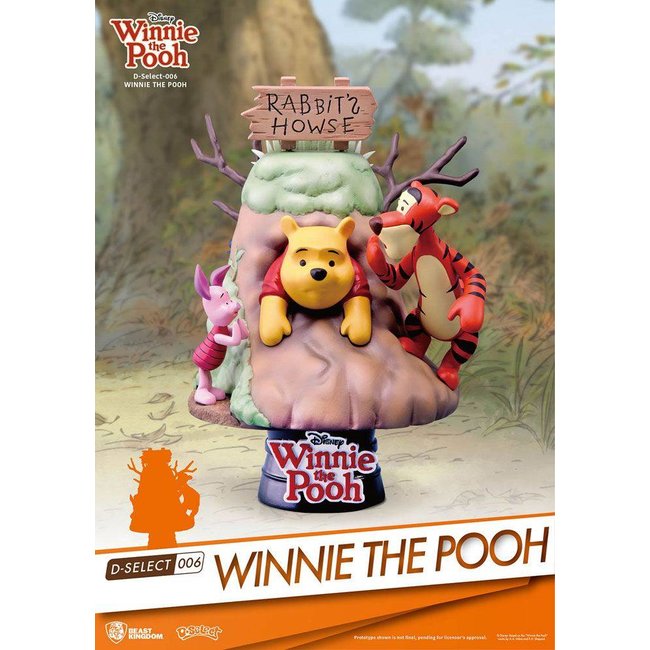 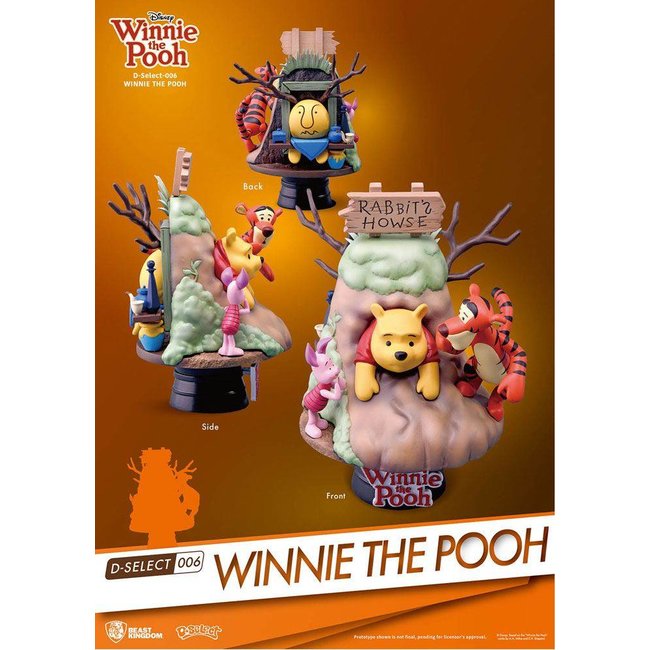 After the first wave of D-select diorama series, Beast Kingdom brings its second wave of popular animation dioramas to recreate classic scenes with some of the most popular animated characters!

In the depth of the Hundred Acre Wood, Winnie the Pooh has been invited to enjoy a delicious lunch at his friend Rabbit's home. But he had too much honey, he was stuck at Rabbit's hole and could not move. Do you know what happened at the time? Beast Kingdom is proud to present this adorable scene for you to add this funny yet cute
diorama to your collection.

The diorama also shows the looks of surprise and concern on Tigger and Piglet, who are standing on the turf outside of the hole. With 3D sculpts, Beast Kingdom is able to faithfully recreate this hilarious moment from the animation. Created with exquisite 3D mold sculpting technologies coupled with multi-layered paintwork, the diorama has been made to be an accurate replication of the scene from the animation. In addition, to accurately capturing all details for each character, even the mud and grasses around the hole have been made more realistic and true to life with the layering effects. 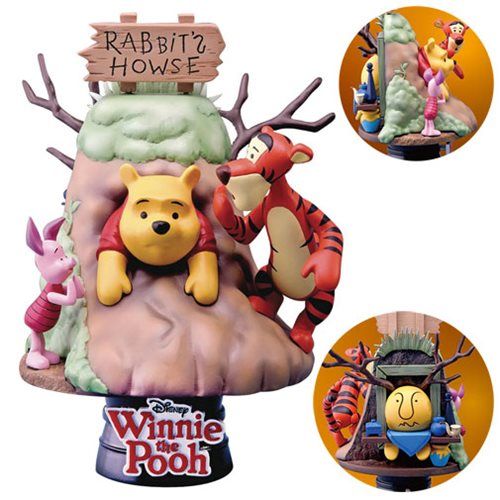 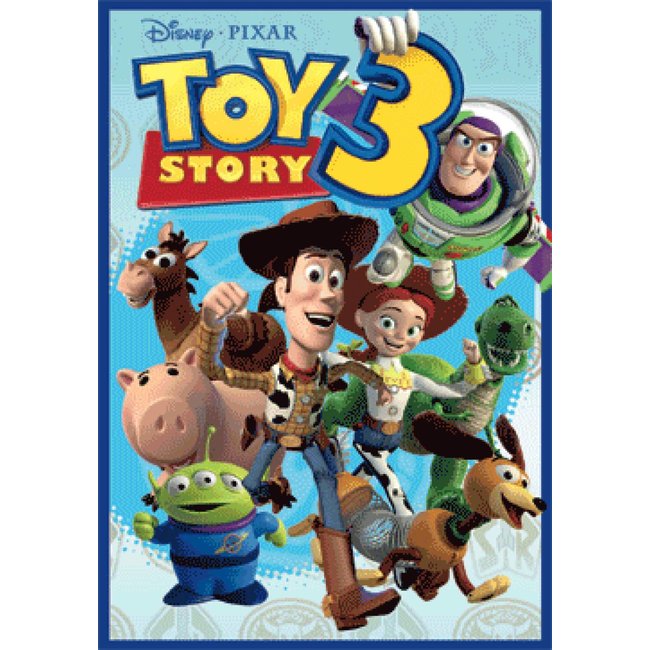