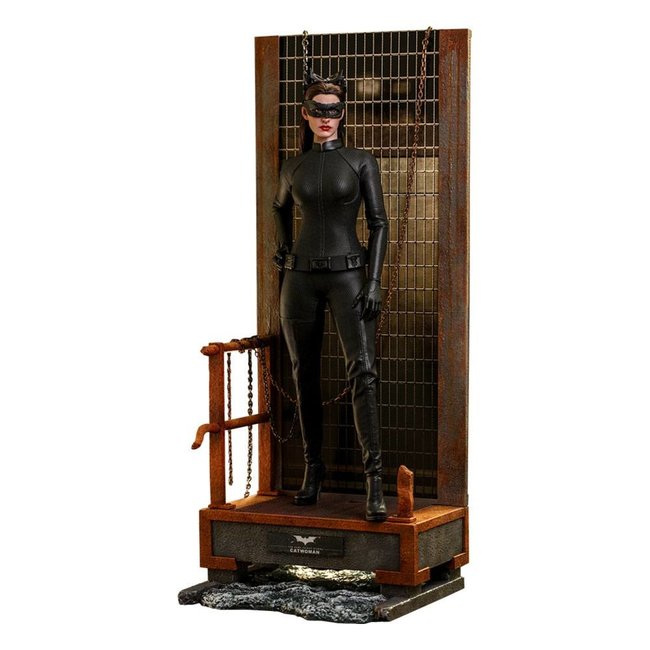 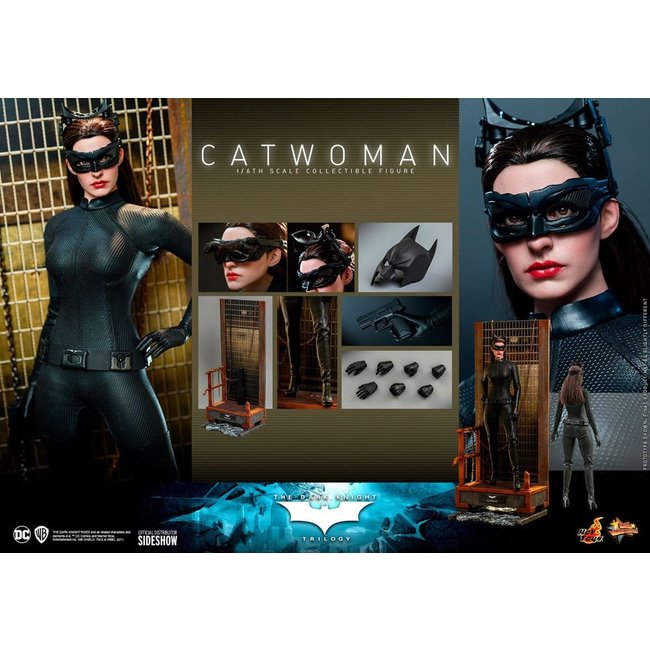 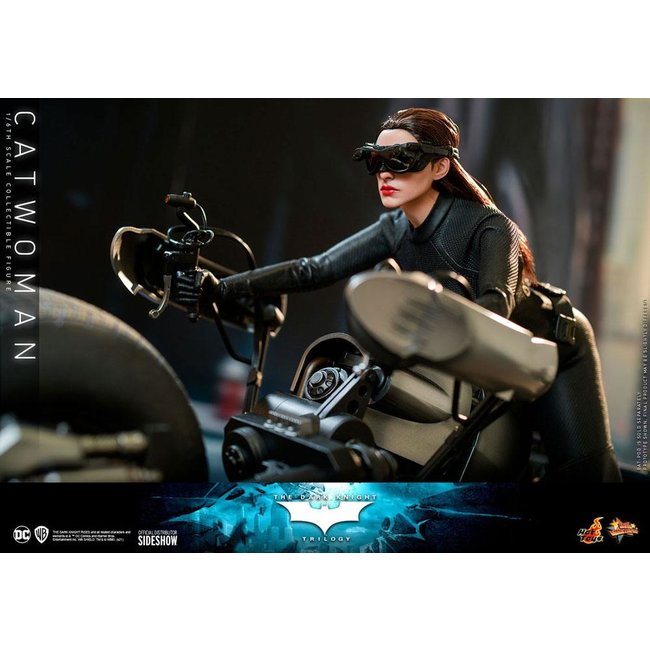 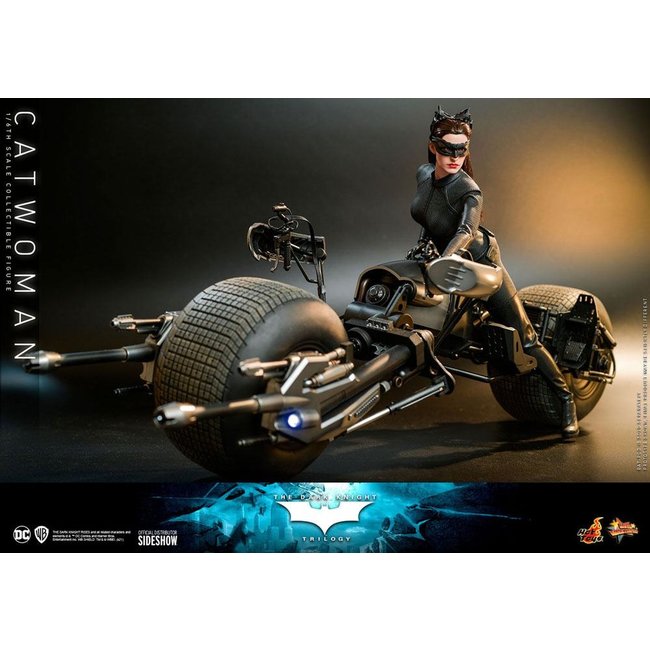 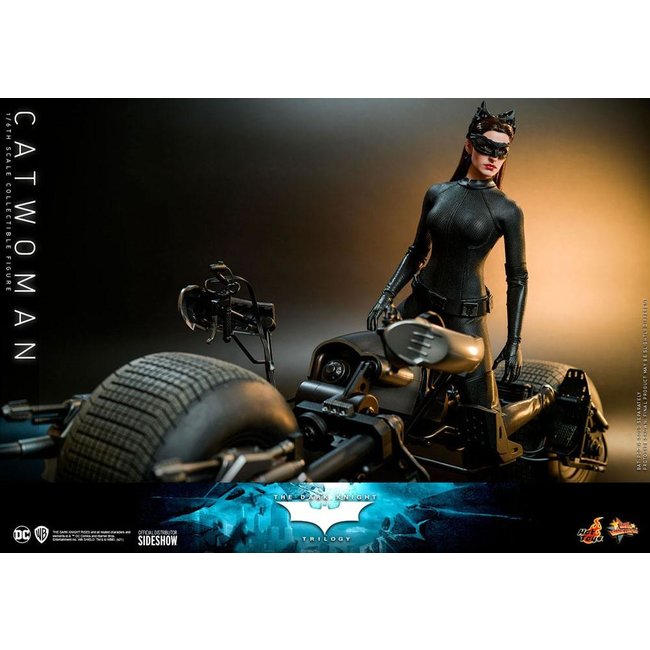 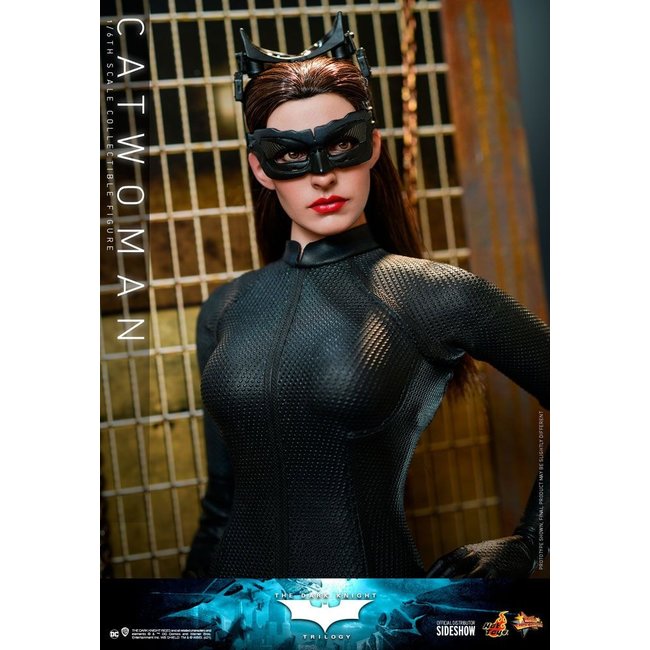 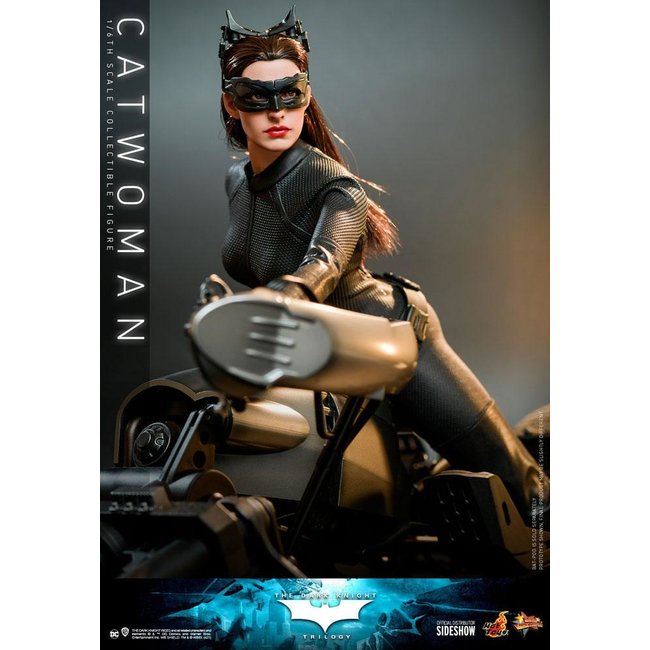 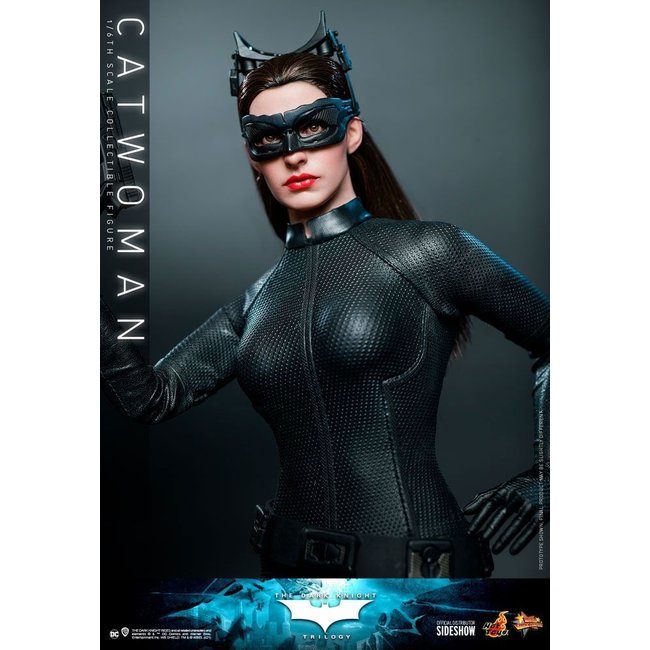 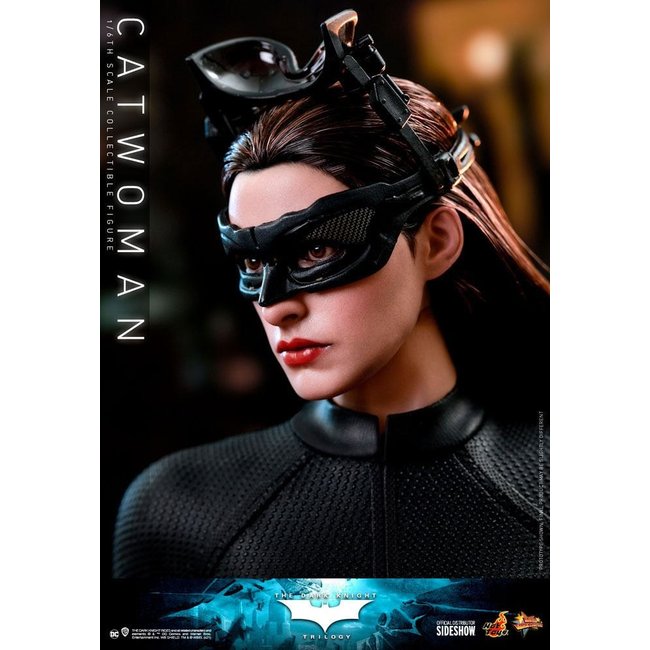 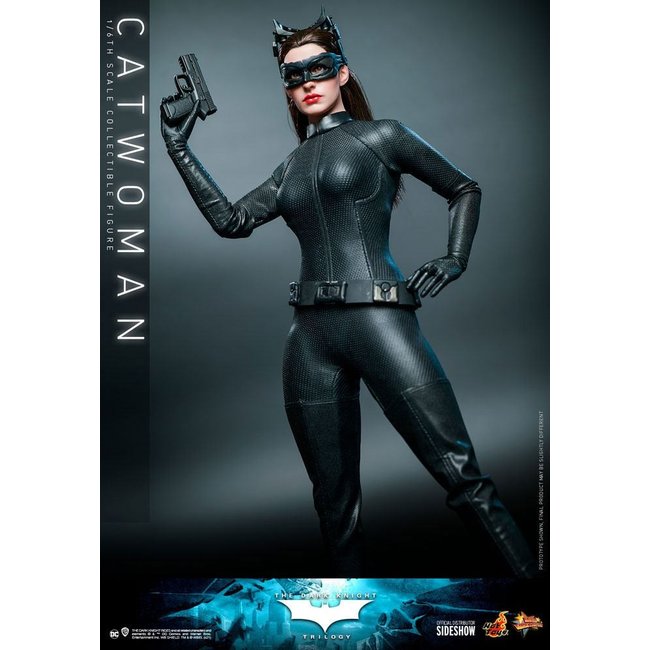 "I had to find a way to stop them trying to kill me." - Catwoman

In the last installment of Christopher Nolan's The Dark Knight Trilogy, the masked terrorist Bane with ruthless plans for Gotham drives Batman out of his self-imposed exile. Trusted by Batman, yet in league with Bane, Catwoman meets up the Caped Crusader in the subway tunnels and leads him to a trap resulting in Bane nearly killing the Dark Knight.

To expand the collection based on The Dark Knight Trilogy movie, Sideshow and Hot Toys are excited to present one of the all-time favorite characters - the Catwoman Sixth Scale Collectible Figure.

Beautifully crafted based on the screen appearance of Anne Hathaway as Catwoman/ Selina Kyle in The Dark Knight Rises, the figure features a newly painted head sculpt with long straight real fabric hair implantation, intricately designed one-piece suit in black and high heel boots, a pair of goggles, highly-detailed weapon and accessories including a pistol, a damaged batman cowl, goggles and matching hands for poses. In addition, the figure comes with a city sewer diorama figure inspired by the scene when Catwoman leads Batman into Bane's trap.

This incredible Catwoman figure is an absolute must-have for Batman fans! 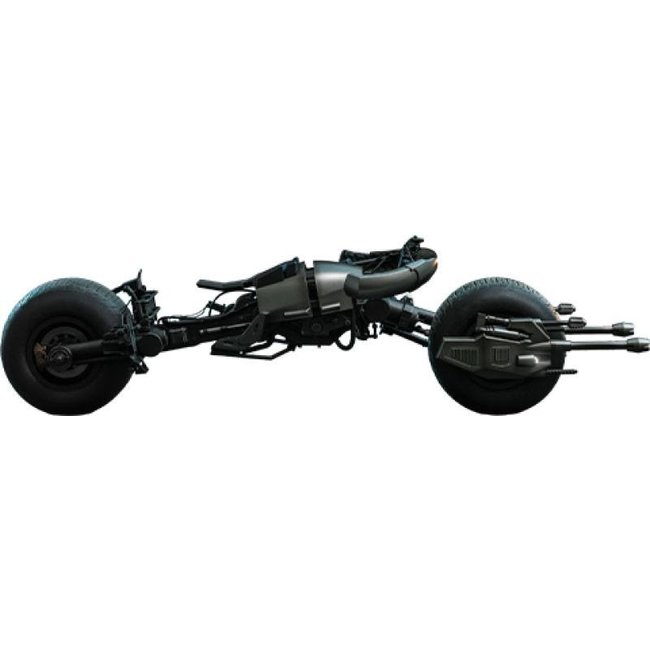 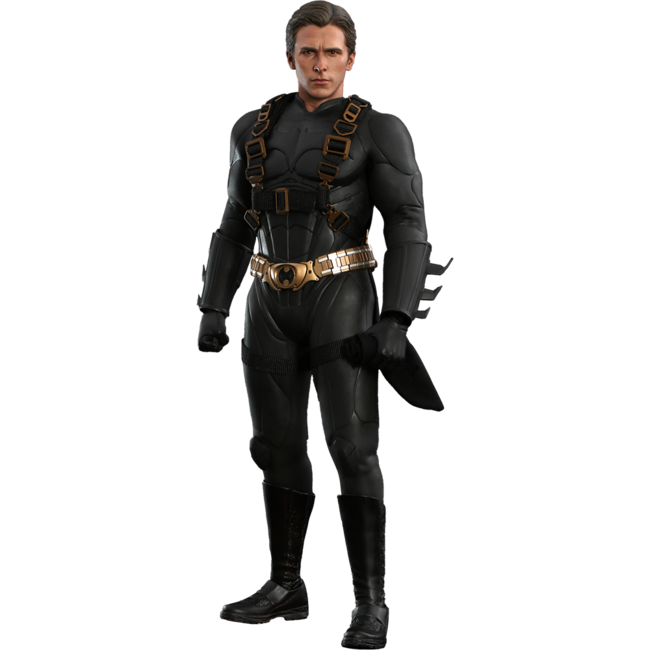 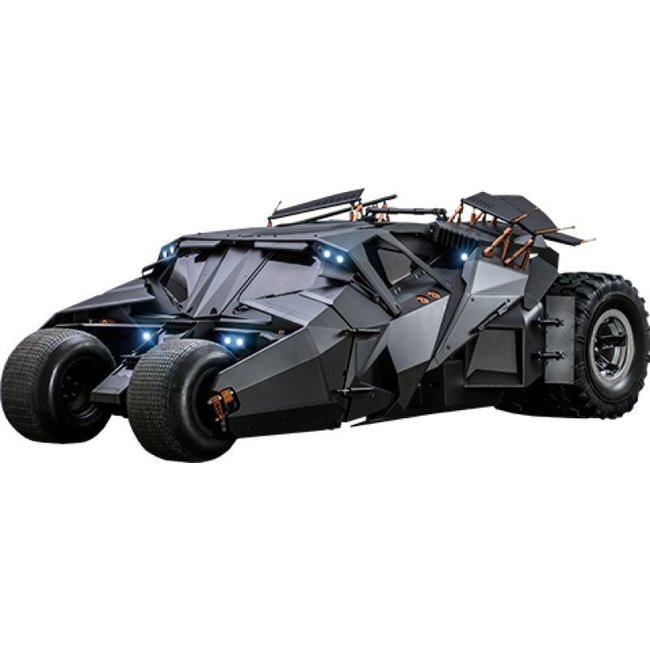 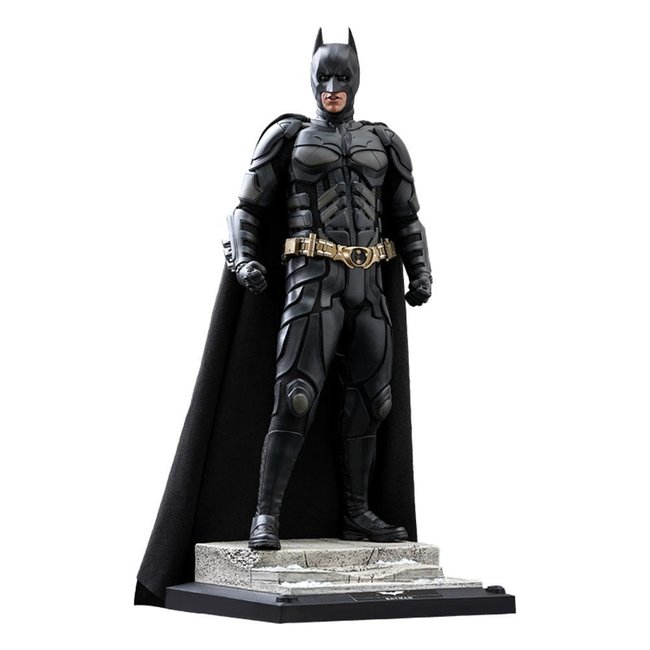