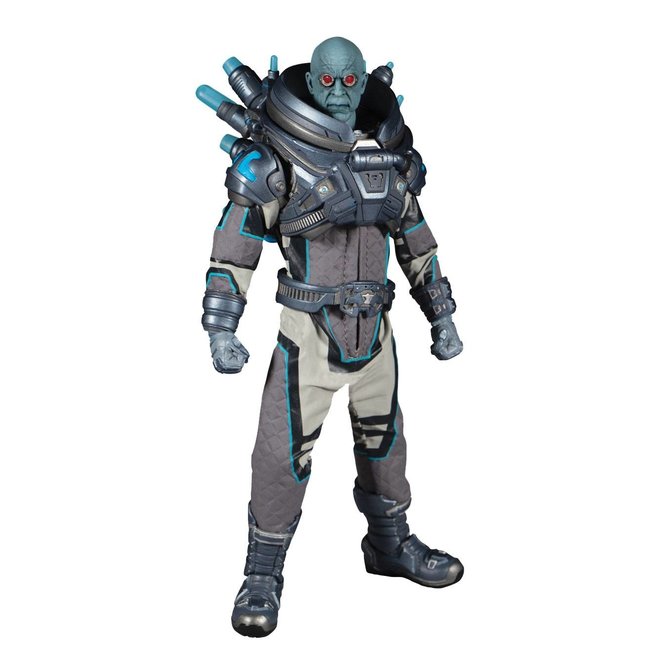 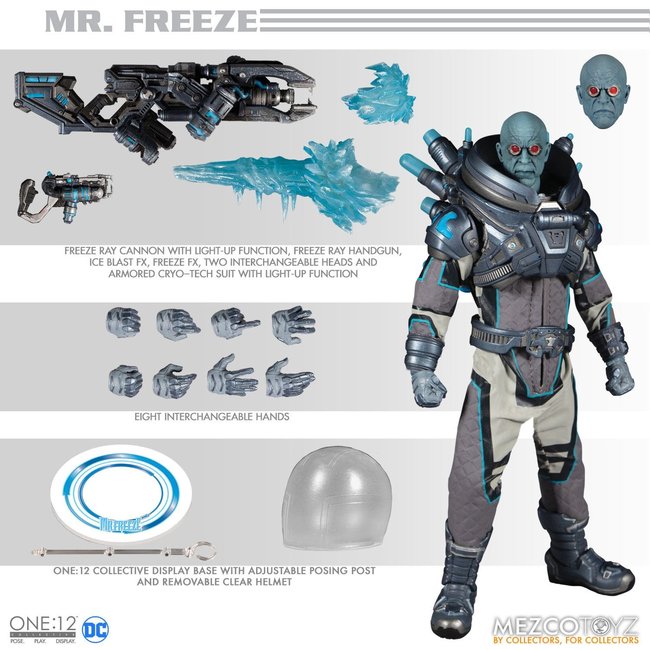 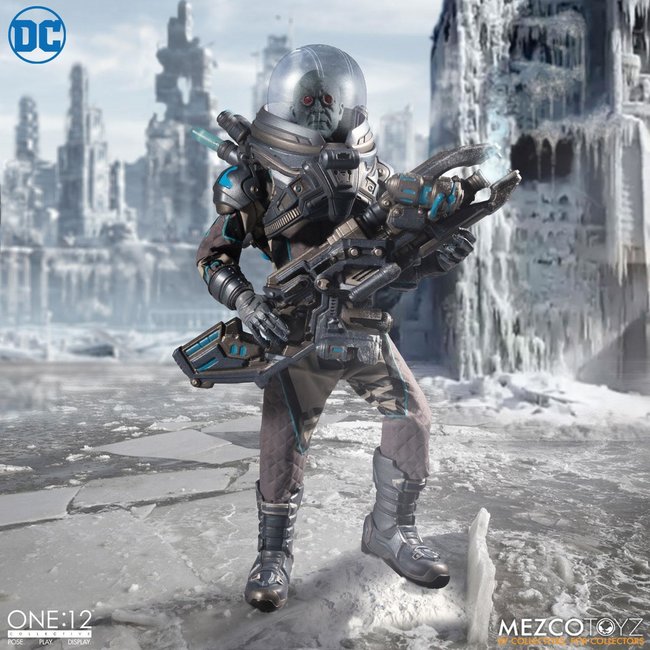 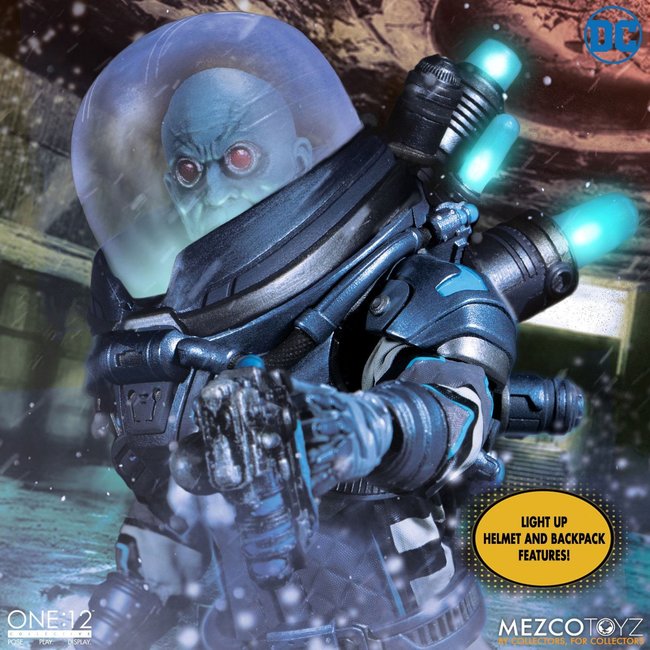 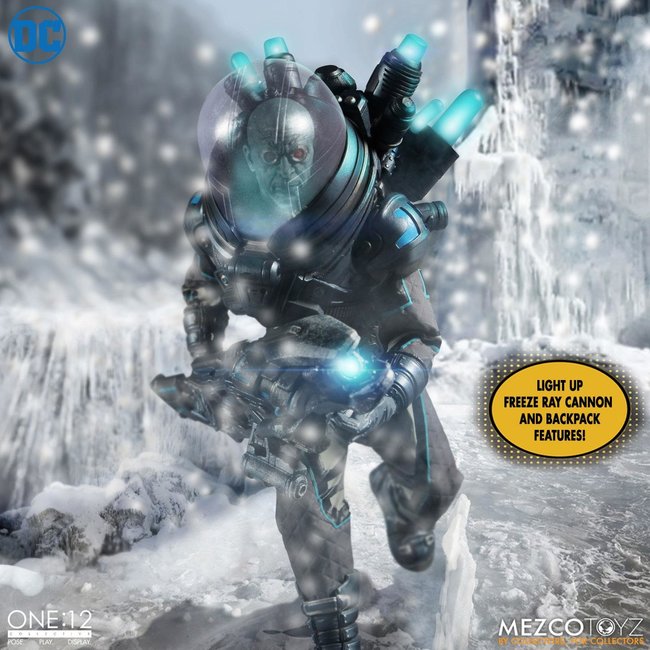 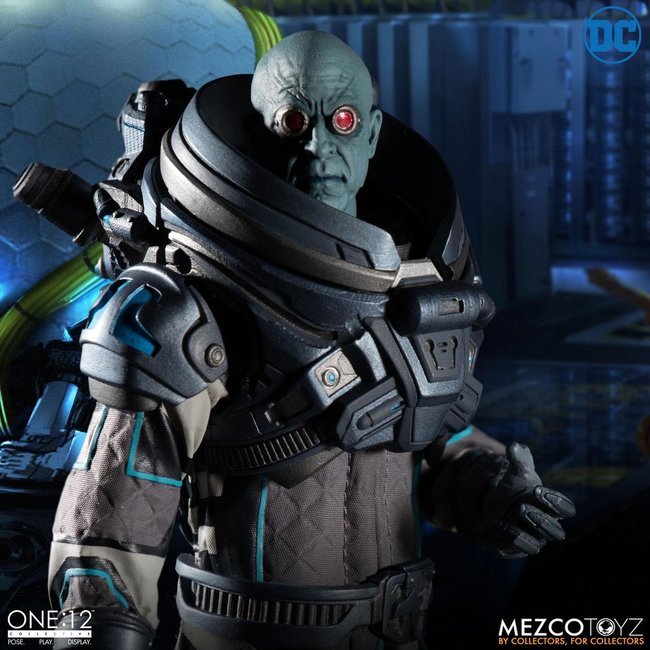 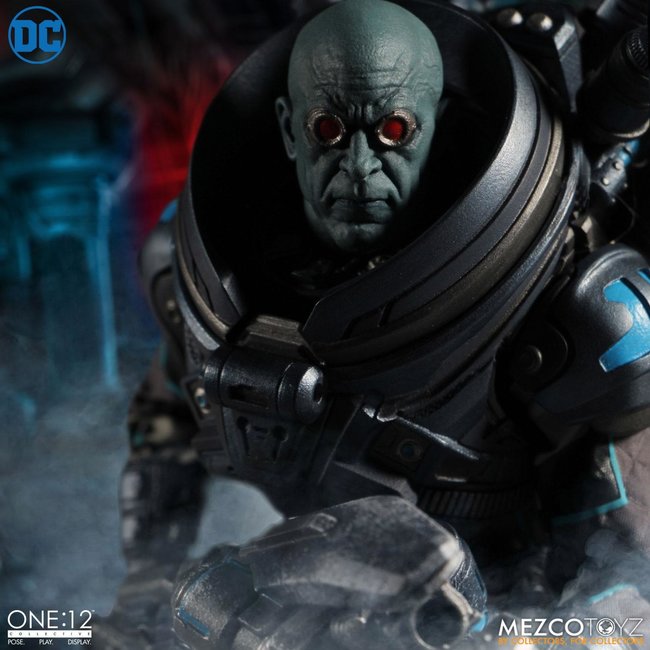 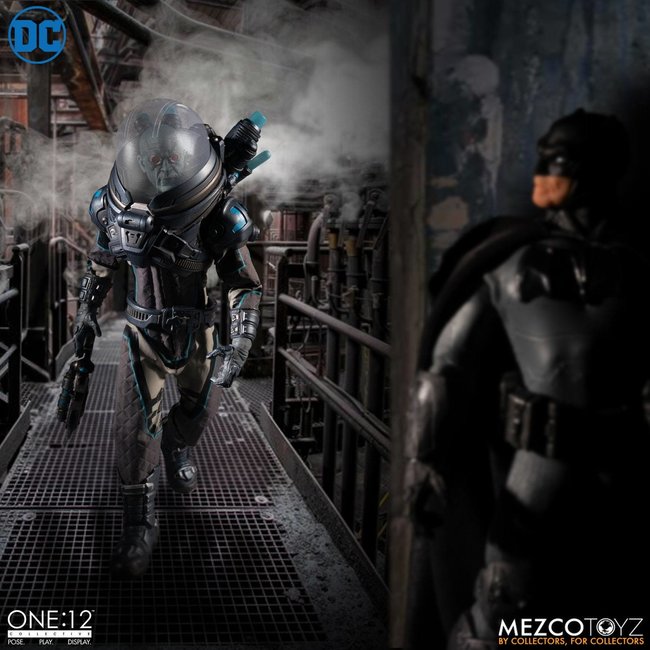 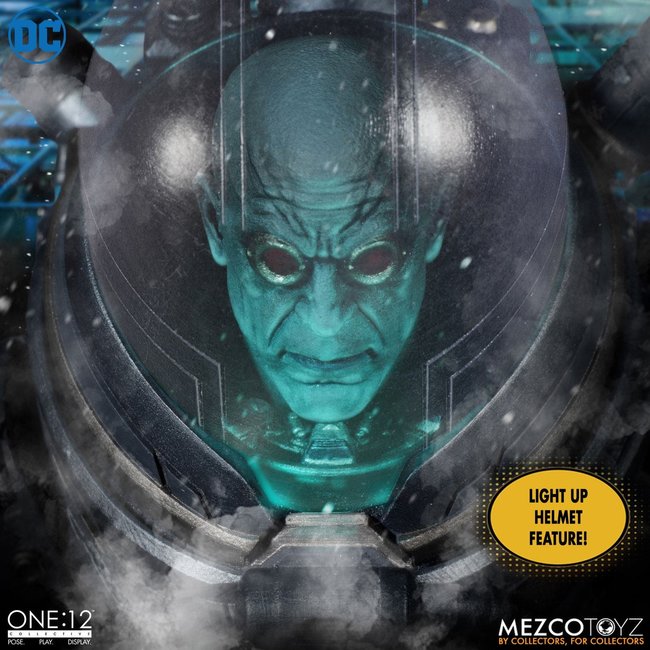 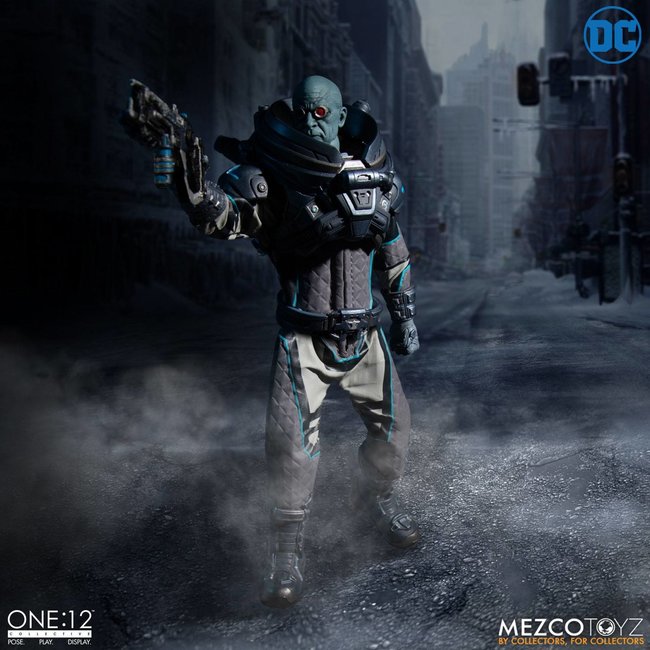 Mr. Freeze emerges from his frigid laboratory to join the One:12 Collective.

Outfitted in an armored cryo-suit, this complex technology is not only keeping him alive, but also augmenting his strength and durability to superhuman levels. The power pack attached to the back of the cryo-suit features light-up ice crystals.

Mr. Freeze is contained neatly in a cryo-chamber shaped tin, with a frosted window revealing the inside.

Dr. Victor Fries, also known as Mr. Freeze, was a cryogenics expert in Gotham City who was caught in a laboratory mishap in an attempt to cure his terminally ill wife. The accident drastically lowered his body temperature, forcing him to wear a cryogenic suit in order to survive. Utilizing this advanced technology, Mr. Freeze became a criminal with a taste for diamonds and revenge. 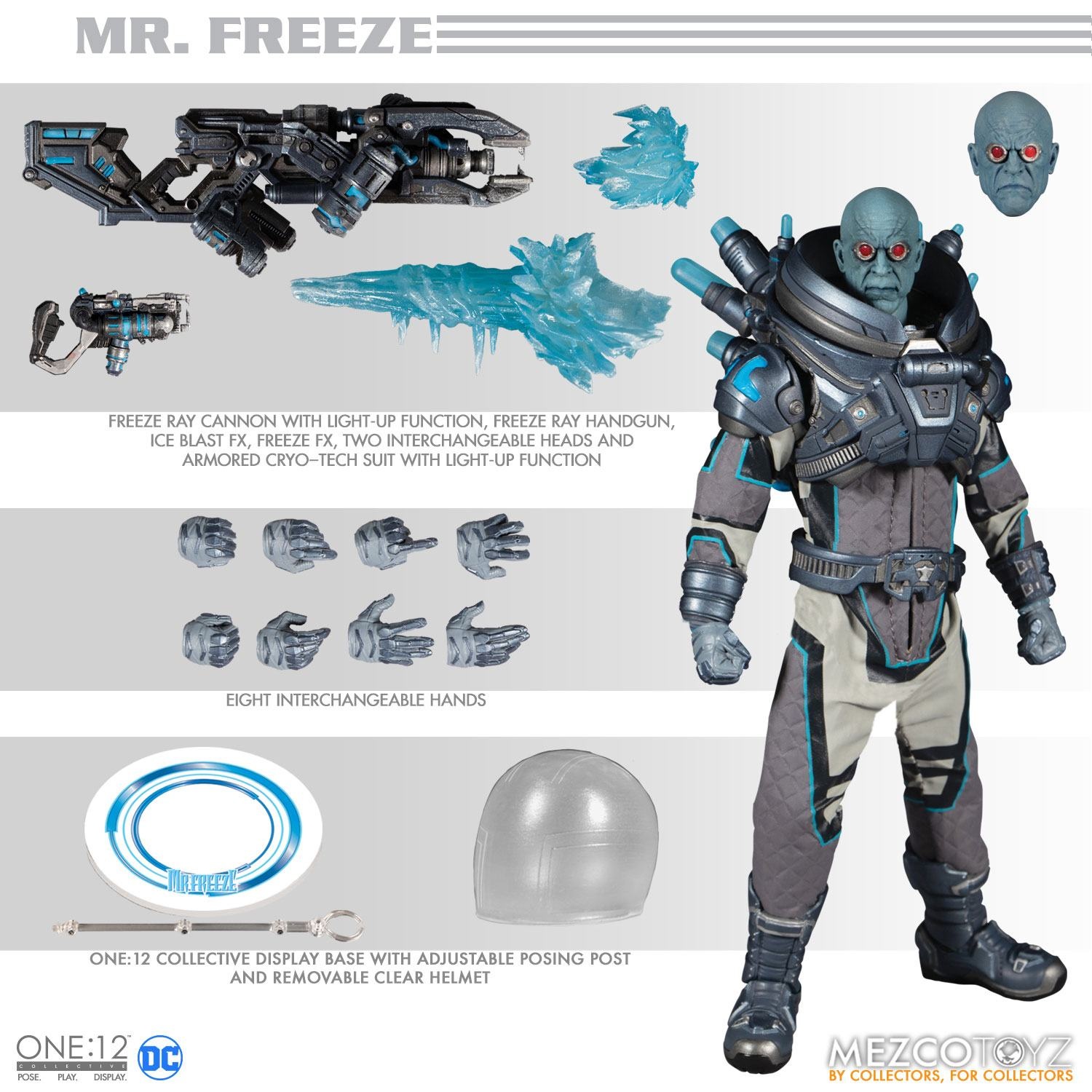 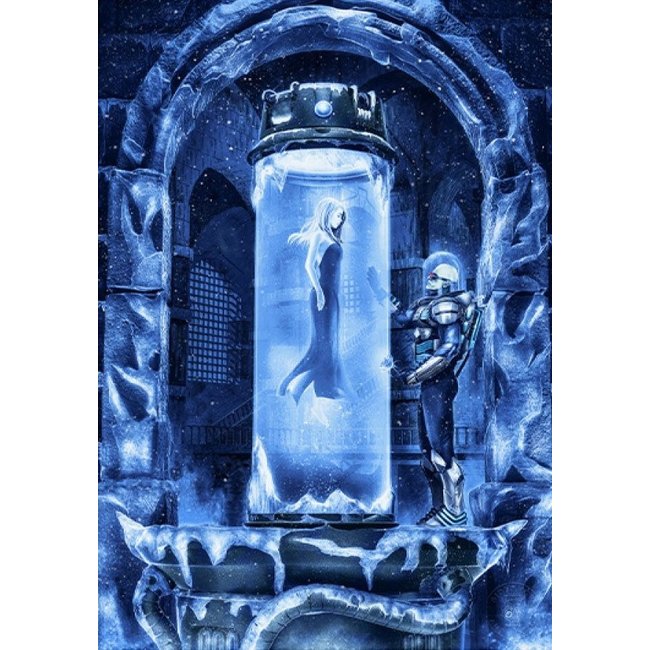 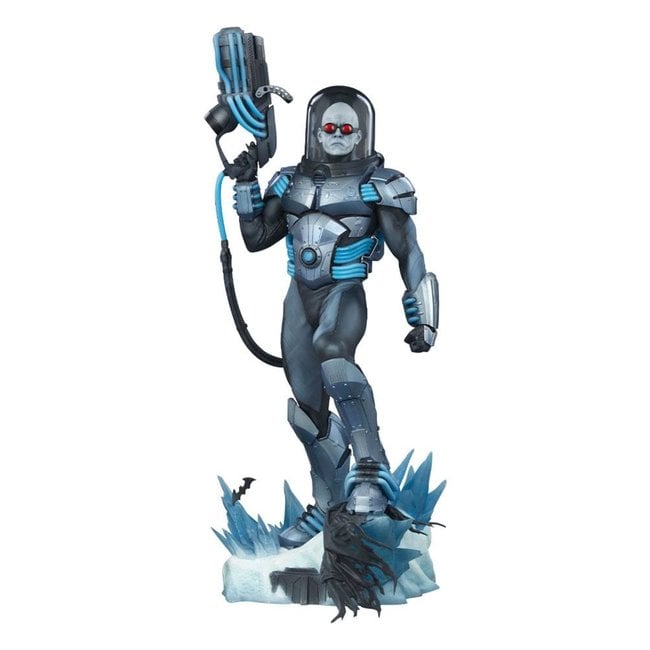 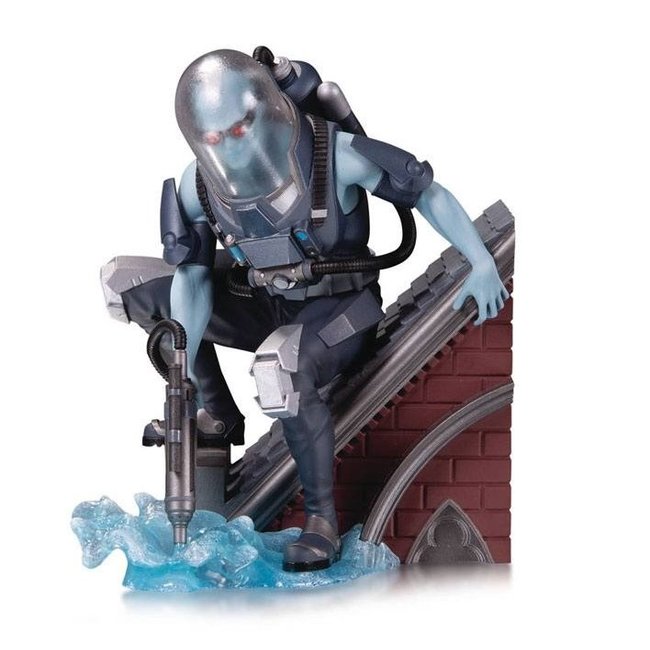 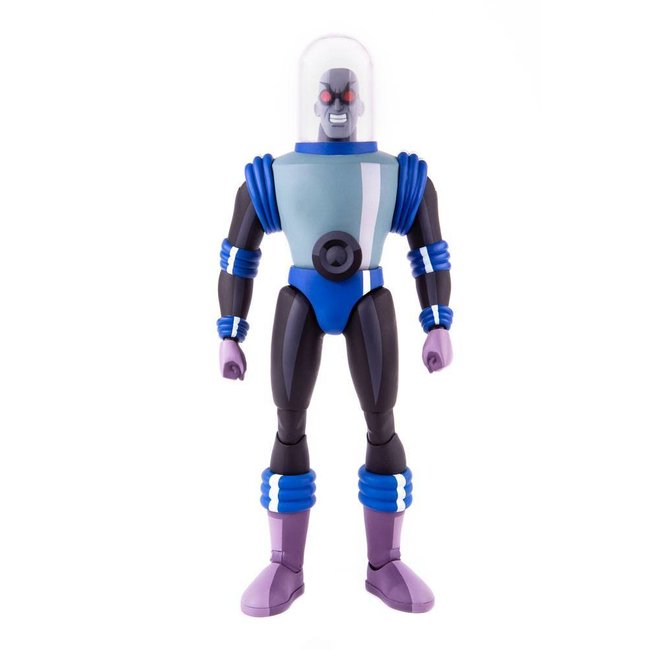 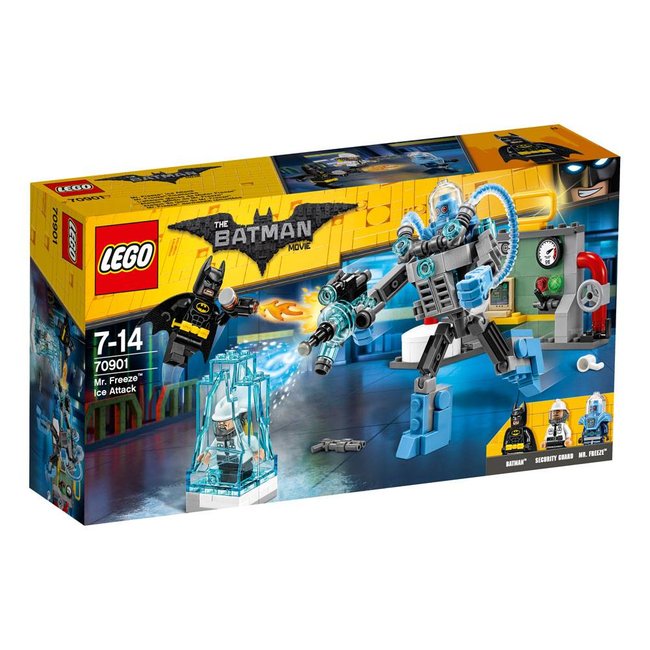 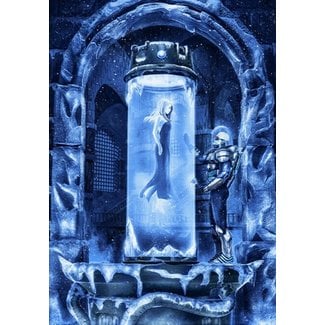 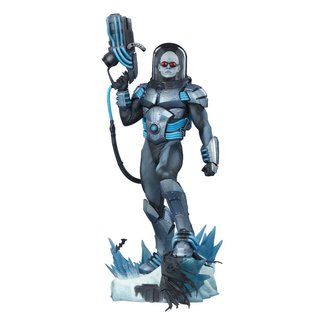 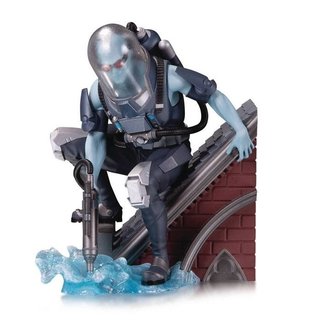 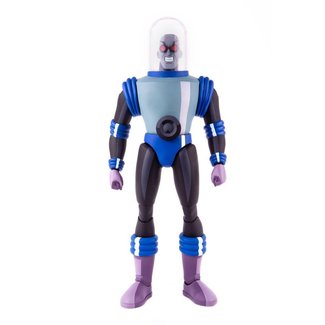