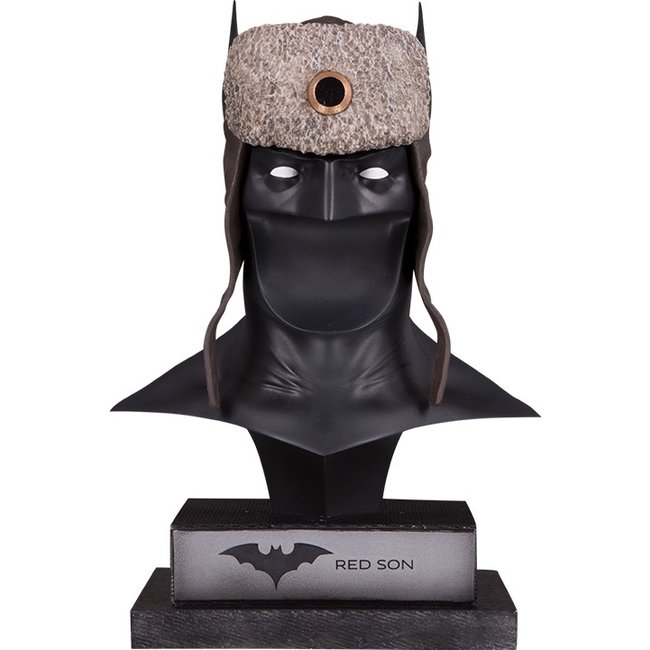 On Earth-30, a young boy sees his parents brutally murdered by Stalin's police force in the Soviet Union, and grows up to become the Batman of that world. This all-new DC Gallery Red Son Batman cowl is a 1:2 scale replica of Batman's headgear as it appeared in Superman: Red Son #1. Limited to 5,000 pieces and individually numbered. Statue measures approximately 9" tall. 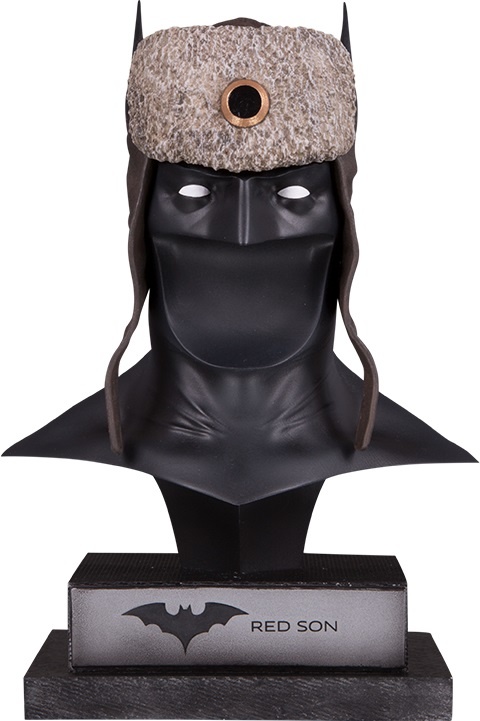 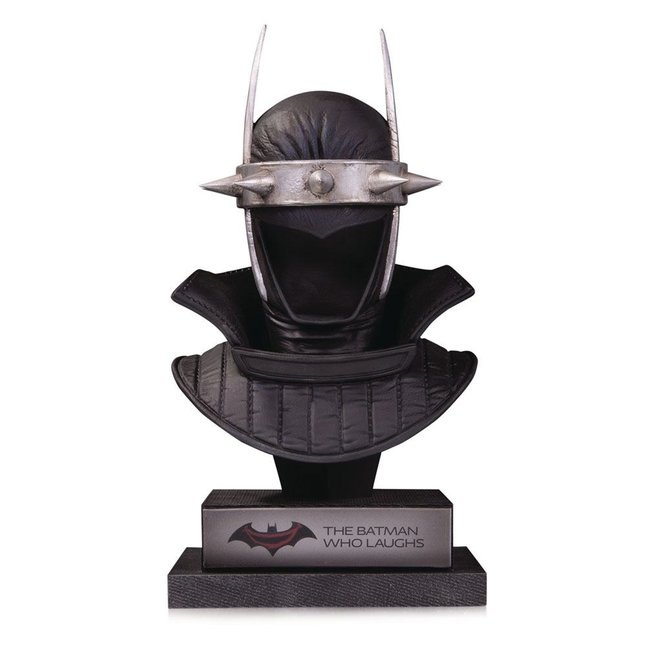 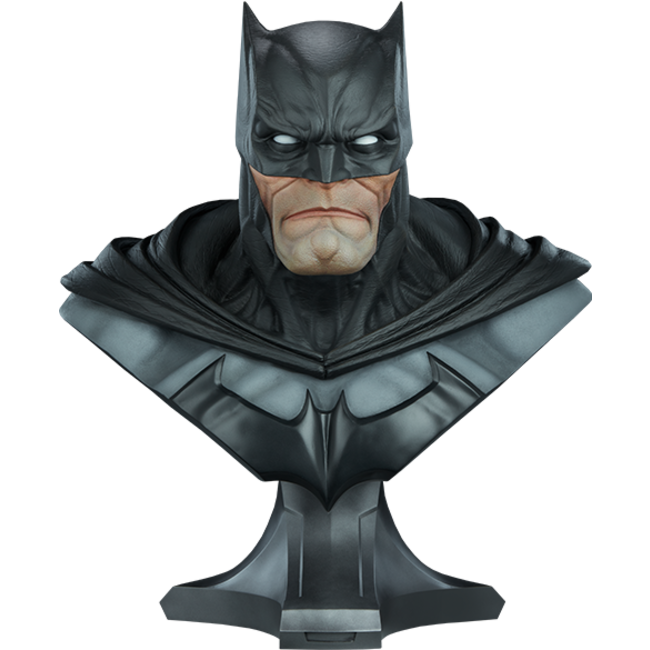 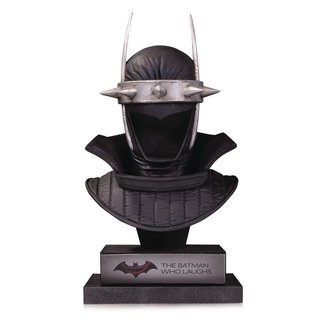 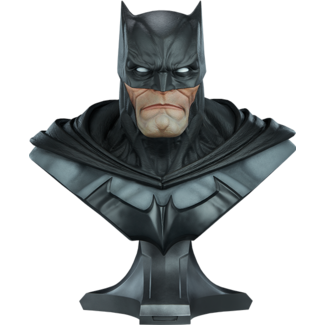