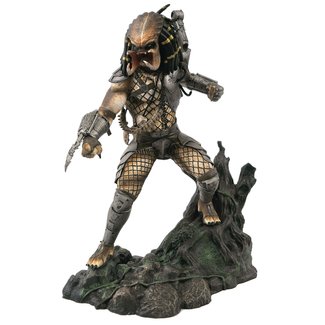 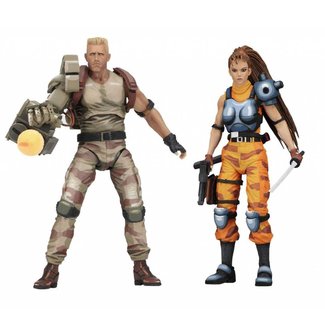 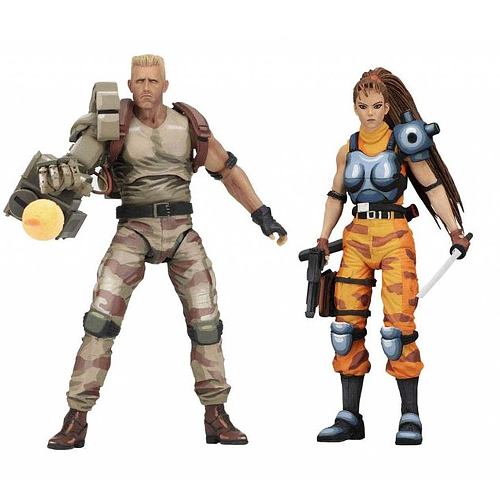 During an unknown period of time, an alien spacecraft of unknown origin approaches Earth from outer space, enters the atmosphere and jettisons a small pod, which descends into a Central American jungle. A lone alien emerges from it.

In 1987, Major Alan "Dutch" Schaefer arrives in the same area with his elite team for an operation to rescue a presidential cabinet minister who had been abducted by guerrilla forces. The team consists of Mac Eliot (Bill Duke), Blain Cooper, Billy Sole, Jorge "Poncho" Ramirez, and Rick Hawkins. Dutch's old military friend George Dillon (Carl Weathers), now working for the CIA, accompanies them as a liaison. The team is inserted into the jungle by helicopter and begins its hunt.

They soon find the wreckage of a downed helicopter and later, the remains of U.S Army Special Forces soldiers, skinned to flesh, whose presence in the country, and also their bodies, puzzles Dutch. The group is horrified to find the bodies have been hung and have had their skin removed. They track the guerrillas to a heavily defended rebel encampment, which they destroy except for a woman named Anna whom they take prisoner. Dutch is enraged when Dillon confesses that the rescue mission was just a ploy to get his group to attack the rebel camp, and that the men they found in the downed helicopter had disappeared in a failed rescue of two CIA agents. As the team make their way to the extraction point, they are observed from afar by an unknown creature using thermal imaging.

Anna briefly escapes, but when Hawkins catches her, he is stabbed and dragged off. The nearly invisible creature spares the unarmed Anna. Moments later, while the team is looking for Hawkins's killer, the Predator kills Blain. Mac sees the creature and opens fire on it, but it disappears into the jungle. Anna explains to the group that the creature observing them is a local legend that is some kind of an alien who has been hunting here for years and probably has killed the U.S Special Forces soldiers. The team sets a trap for the creature, but it avoids capture, severely wounding Poncho in the process. Mac and Dillon are killed in the ensuing chase, and Billy is slain making a stand.

While the team is making a run for it, the Predator catches up to Dutch and engages in a short shootout, killing Poncho. Realizing the creature only attacks those possessing weapons, a wounded Dutch sends Anna unarmed to the extraction point. Jumping off a waterfall, he narrowly escapes the creature by masking his body's heat signature with mud, and witnesses the Predator's true form when its active camouflage system breaks down after the creature falls into the water. Dutch applies more mud, improvises various weaponry and traps, and then baits the Predator into coming out by starting a large fire and yelling a loud, barbaric war cry.

Hearing Dutch's cry, the Predator arrives to investigate. Despite suffering minor injuries from his improvisation, the Predator eventually locates and traps Dutch. Discarding its electronic weaponry and infrared-vision helmet as a sign of respect, the muscular alien challenges Dutch to hand-to-hand combat. The ensuing fight is one-sided: the Predator is easily able to beat Dutch into submission, and moves in for the kill. Battered and barely able to move, Dutch manages to drop the counterweight from one of his traps, which falls and crushes the creature. As Dutch asks the mortally wounded alien, "What the hell are you?", the creature repeats his question in garbled English. Then it activates a self-destruct mechanism on its wrist, laughing maniacally as it does so. Dutch barely escapes the explosion and is rescued by the extraction helicopter, with General Phillips and Anna aboard.