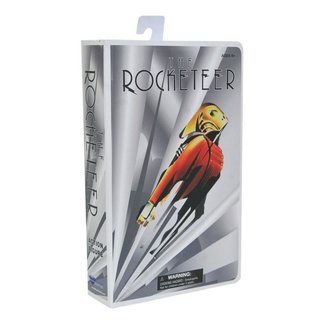 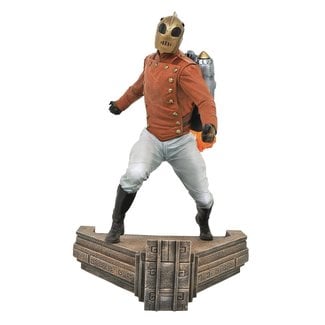 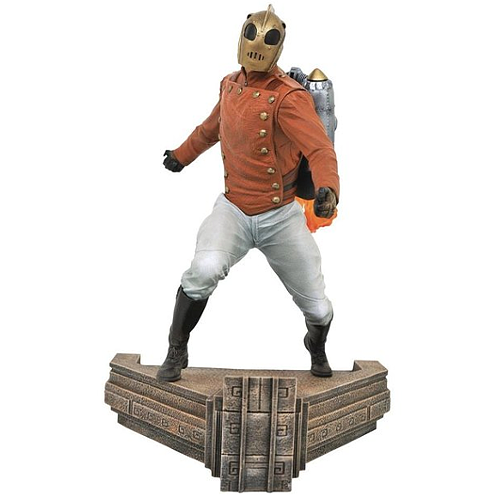 The Rocketeer is a 1991 American period superhero film produced by Walt Disney Pictures and based on the character of the same name created by comic book writer/artist Dave Stevens. Directed by Joe Johnston, the film stars Billy Campbell, Jennifer Connelly, Alan Arkin, Timothy Dalton, Paul Sorvino and Tiny Ron Taylor. Set in 1938 Los Angeles, California, The Rocketeer tells the story of stunt pilot Cliff Secord who discovers a jet pack that enables him to fly. His heroic deeds attract the attention of Howard Hughes and the FBI, as well as sadistic Nazi operatives.

Development for The Rocketeer started as far back as 1983, when Stevens sold the film rights. Steve Miner and William Dear considered directing The Rocketeer before Johnston signed on. Screenwriters Danny Bilson and Paul De Meo had creative differences with Disney, which caused the film to languish in development hell. The studio also intended to change the trademark helmet design; Disney CEO Michael Eisner wanted a straight NASA-type helmet, but Johnston convinced the studio otherwise. Johnston also had to convince Disney to let him cast unknown actor Billy Campbell in the lead role. Filming for The Rocketeer lasted from September 19, 1990 to January 22, 1991. The visual effects sequences were created and designed by Industrial Light & Magic.

The film was released on June 21, 1991 and received generally favorable reviews from critics, although plans for Rocketeer sequels were abandoned after the film failed to perform at the box office. As of 2012, new efforts have been made for a remake.