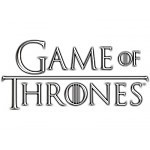 Game of Thrones Jon Snow Bust Battle of the Bastards

Game of Thrones Bottle Opener Hand Of The King