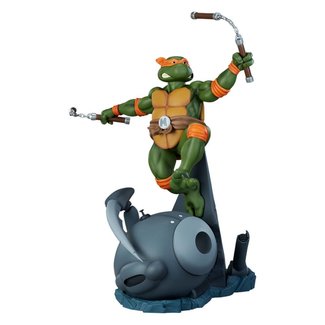 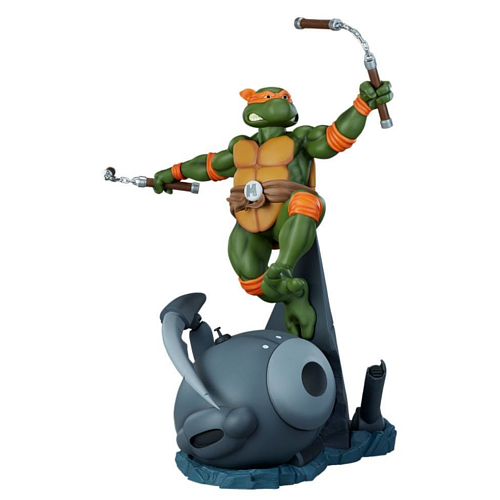 Teenage Mutant Ninja Turtles is a 1990 American live-action independent film directed by Steve Barron, based on the comic book characters of the same name. It was released on March 30, 1990. This film presents the origin story of Splinter and the Turtles, the initial meeting between them, April O'Neil and Casey Jones, and their first confrontation with The Shredder and his Foot Clan. The film stars Judith Hoag, Elias Koteas, and the voices of Brian Tochi, Robbie Rist, Josh Pais and Corey Feldman as the four titular characters.

When the New York City Police Department is unable to stop a severe crime wave caused by the Foot Clan, four mutated vigilante turtles — Leonardo, Michelangelo, Donatello and Raphael — come forth to save the city. Under the leadership of mutated rat, Splinter and together with their new-found allies April O'Neil and Casey Jones, they fight back and take the battle to The Shredder. The film kept very close to the dark feel of the original comics, and is a direct adaptation of the comic book storyline involving the defeat of Shredder, with several elements also taken from the 1987 TV series that was airing at the time, such as April being a news reporter, and the turtles having different-colored masks, as opposed to the uniform red masks of the comic.

The film became the second-highest-grossing independent film of all time, and became the ninth-highest-grossing film worldwide of 1990. It was the most successful film in the series until the 2014 reboot. It was followed by two live-action sequels: Teenage Mutant Ninja Turtles II: The Secret of the Ooze in 1991, & Teenage Mutant Ninja Turtles III in 1993; and one computer-animated: TMNT in 2007.