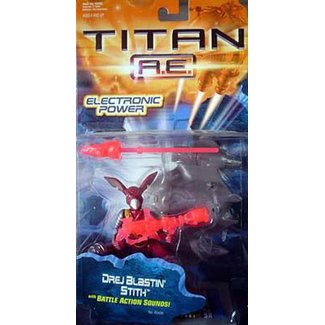 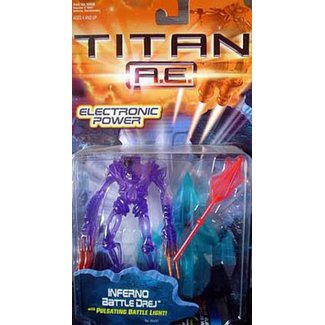 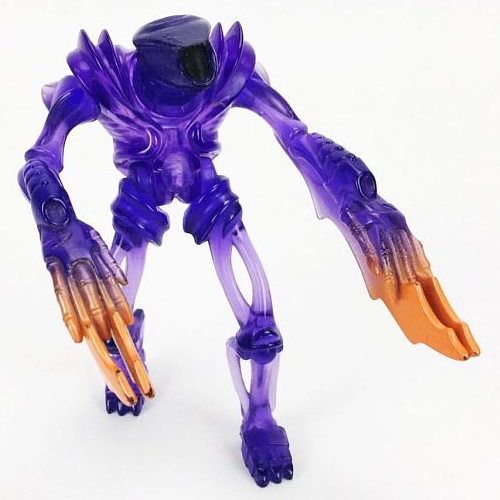 Titan A.E. is a 2000 animated post-apocalyptic science fiction adventure film directed by both Don Bluth and Gary Goldman. The title refers to the spacecraft central to the plot, with A.E. meaning "After Earth". The film stars the voices of Matt Damon, Bill Pullman, John Leguizamo, Nathan Lane, Janeane Garofalo, and Drew Barrymore. The film's animation technique combines traditional hand-drawn animation and extensive use of computer generated imagery. Its working title was Planet Ice.

In 3028 A.D., humanity has mastered deep space travel and interacted with several alien species. A human invention called "Project Titan" alarms the Drej, a pure energy-based alien species who attack Earth after breaching the Global Defense System. As the Drej start to attack Earth, Professor Sam Tucker, the lead researcher for "Project Titan", sends his son Cale on one of the evacuation ships with his alien friend Tek while Tucker and other members of his team fly the Titan spacecraft into hyperspace. With Earth destroyed by the energy beam fired by the Drej mothership with the explosion also breaking the Moon, the surviving humans become nomads, generally ridiculed by other alien species.

Fifteen years later, Cale is working in a salvage yard in an asteroid belt at Tau 14. He encounters Captain Joseph Korso, his female human pilot Akima and the alien crew members of the spaceship Valkyrie named Preed, Gune, and Stith. Korso reveals that Professor Tucker encoded a map in Cale's ring to the Titan, humanity's chance of recovery. When the Drej attack the salvage yard, Tek convinces Cale to go with Korso as Cale and Korso escape from the Drej. Cale realizes the Drej want him dead before he can find the Titan. On the planet Sesharrim, the bat-like Gaoul interpret the map and discover the Titan is hidden in the Andali Nebula. Drej fighters arrive and capture Cale and Akima. The Drej eventually discard Akima and extract the Titan's map from Cale.

Korso's crew rescues Akima while Cale eventually escapes in a Drej ship and rejoins the group. While visiting the human space station called New Bangkok for repairs, Cale and Akima discover that Korso and his assistant Preed are working with the Drej to destroy t