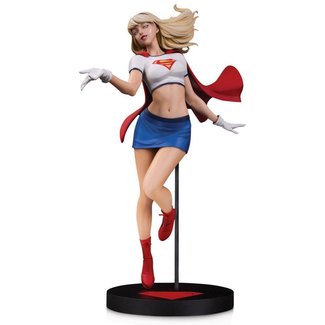 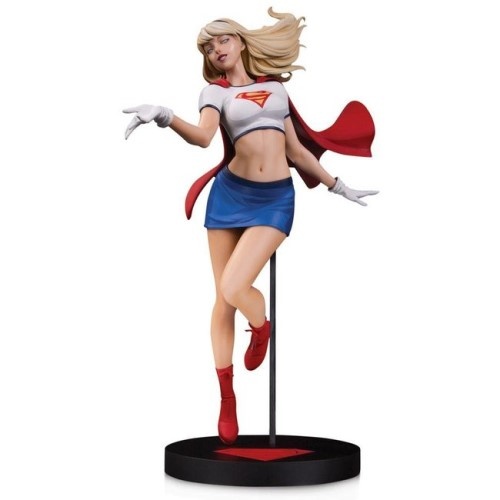 Supergirl is a fictional superheroine appearing in American comic books published by DC Comics. Supergirl was created to be a female counterpart to DC's popular hero Superman. The character was created by writer Otto Binder and designed by artist Al Plastino in 1959. She first appeared in the Action Comics comic book series and later branched out into animation, film, television, and merchandising. In May 2011, Supergirl placed 94th on IGN's list of the Top 100 Comic Book Heroes of All Time.

Introduced in 1959, a number of different characters have assumed the Supergirl mantle over the decades, with the most popular and enduring version of the character being Kara Zor-El, Superman's cousin, who shares his super powers and vulnerability to Kryptonite. Supergirl plays a supporting role in various DC Comics publications, including Action Comics, Superman, and several comic book series unrelated to Superman. In 1969, Supergirl's adventures became the lead feature in Adventure Comics, and she later starred in an eponymous comic book series which debuted in 1972 and ran until 1974, followed by a second monthly comic book series titled The Daring New Adventures of Supergirl, which ran from 1982 to 1984.

Due to changing editorial policy at DC, Supergirl was initially killed off in the 1985 limited series Crisis on Infinite Earths. DC Comics subsequently rebooted the continuity of the DC Comics Universe, re-establishing Superman's character as the sole survivor of Krypton's destruction. Following the conclusion of Crisis on Infinite Earths, several different characters written as having no familial relationship to Superman have assumed the role of Supergirl, including Matrix, Linda Danvers, and Cir-El. Following the cancellation of the third, 1996-2003 Supergirl comic book series, starring the Matrix/Linda Danvers version of the character, a modern version of Kara Zor-El was reintroduced into the DC Comics continuity in issue #8 of the Superman/Batman comic book series titled "The Supergirl from Krypton" (2004). The modern Kara Zor-El stars as Supergirl in an eponymous comic book series, in addition to playing a supporting role in various other DC Comics publications.