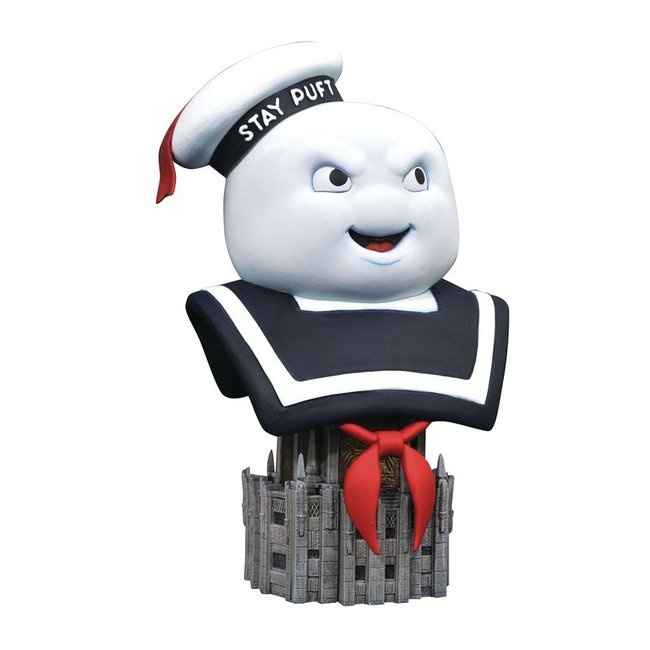 Ghostbusters is a 1984 American science fantasy comedy film directed and produced by Ivan Reitman and written by Dan Aykroyd and Harold Ramis. It stars Bill Murray, Aykroyd, and Ramis as three eccentric parapsychologists in New York City who start a ghost-catching business. Sigourney Weaver and Rick Moranis co-star as a client and her neighbor. The Ghostbusters business booms after initial skepticism, eventually requiring a fourth Ghostbuster, played by Ernie Hudson; but, when an uptown high-rise apartment building becomes the focal point of spirit activity linked to the ancient god Gozer, it threatens to overwhelm the team and the entire world.

Originally intended by Aykroyd as a project for himself and fellow Saturday Night Live alumnus John Belushi, the film had a very different story during initial drafts. Aykroyd's vision of "Ghostmashers" traveling through time, space and other dimensions to fight large ghosts was deemed financially impractical by Reitman. Based on the director's suggestions, Aykroyd and Ramis finalized the screenplay in May–June 1982. They had written roles specifically for Belushi and John Candy, but were forced to change the script after Belushi died and Candy did not commit to the film.

Ghostbusters was released in the United States on June 8, 1984. It was a critical and commercial success, receiving a positive response from critics and audiences and grossing US$242 million in the United States and more than $295 million worldwide. It was nominated for two Oscars at the 57th Academy Awards for Best Visual Effects and Best Original Song (for the eponymous theme song), but lost to Indiana Jones and the Temple of Doom and The Woman in Red respectively. The American Film Institute ranked Ghostbusters 28th in its AFI's 100 Years...100 Laughs list of film comedies. The film launched the Ghostbusters media franchise, which includes a 1989 sequel, Ghostbusters II; two animated television series, The Real Ghostbusters and Extreme Ghostbusters; and several video games.