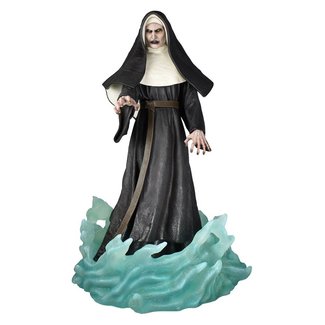 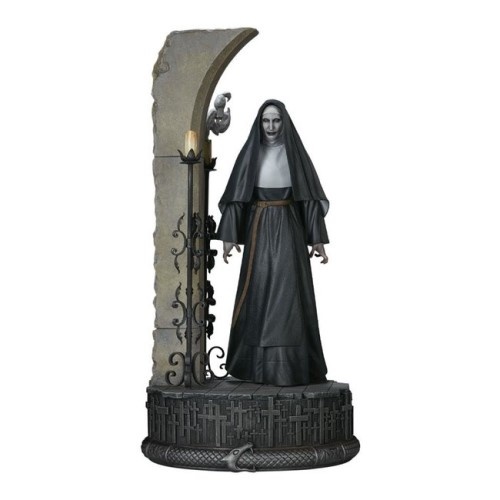 The Nun is a 2018 American gothic supernatural horror film directed by Corin Hardy and written by Gary Dauberman, from a story by Dauberman and James Wan. It is a spin-off of 2016's The Conjuring 2 and the fifth installment in the Conjuring Universe franchise. The film stars Demián Bichir, Taissa Farmiga and Jonas Bloquet, with Bonnie Aarons reprising her role as the Demon Nun, an incarnation of Valak, from The Conjuring 2. The plot follows a Roman Catholic priest and a nun in her novitiate as they uncover an unholy secret in 1952 Romania.

Principal photography began in May 2017 in Bucharest, Romania, and during filming, the set was blessed by a Roman Catholic clergyman. The Nun was released in the United States on September 7, 2018, by Warner Bros. Pictures. It received generally mixed reviews, with praise for its performances and atmosphere, but criticism for its weak narrative and over-reliance on jump-scares. Despite this, it was a major box office success, grossing $365 million worldwide, thus becoming the highest-grossing film of the series.

A sequel is currently in development with Akela Cooper penning the script and James Wan and Peter Safran co-producing the project.