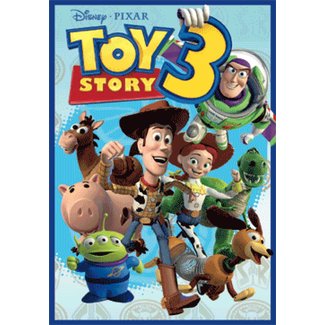 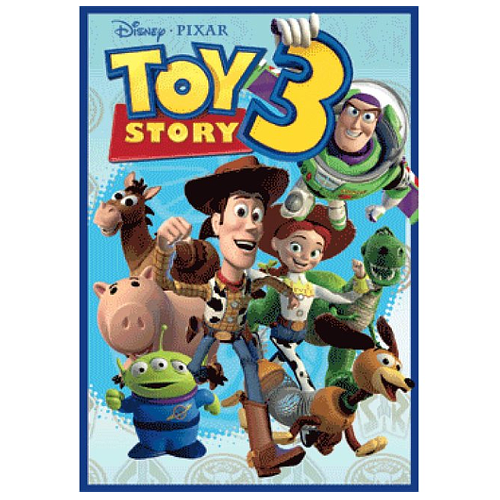 Toy Story 3 is a 2010 American 3D computer-animated comedy film, and the third film in the Toy Story series. It was produced by Pixar Animation Studios and released by Walt Disney Pictures. Directed by Lee Unkrich, the screenplay was written by Michael Arndt, while Unkrich wrote the story along with John Lasseter and Andrew Stanton, respectively director and co-writer of the first two films. The film was released worldwide from June through October in the Disney Digital 3-D, RealD, and IMAX 3D formats. Toy Story 3 was the first film to be released theatrically with Dolby Surround 7.1 sound.

The plot focuses on the toys Woody, Buzz Lightyear, and their friends dealing with an uncertain future as their owner, Andy, prepares to leave for college. Actors Tom Hanks, Tim Allen, Joan Cusack and John Morris, along with few others reprised their voice-over roles from the previous films.

Toy Story 3 was nominated for five Academy Awards, including Best Picture, Best Adapted Screenplay, and Best Sound Editing. It was the third animated film (after Beauty and the Beast and Up) to be nominated for Academy Award for Best Picture. It won the awards for Best Animated Feature and Best Original Song. Another film, Toy Story 4, directed by Lasseter and with a separate story from the original trilogy by Unkrich, Stanton, and Pete Docter, is planned for a 2017 release.