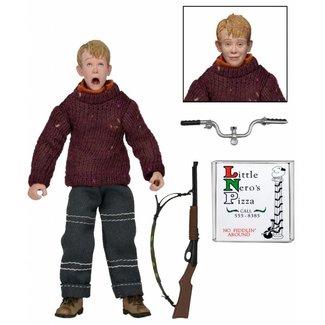 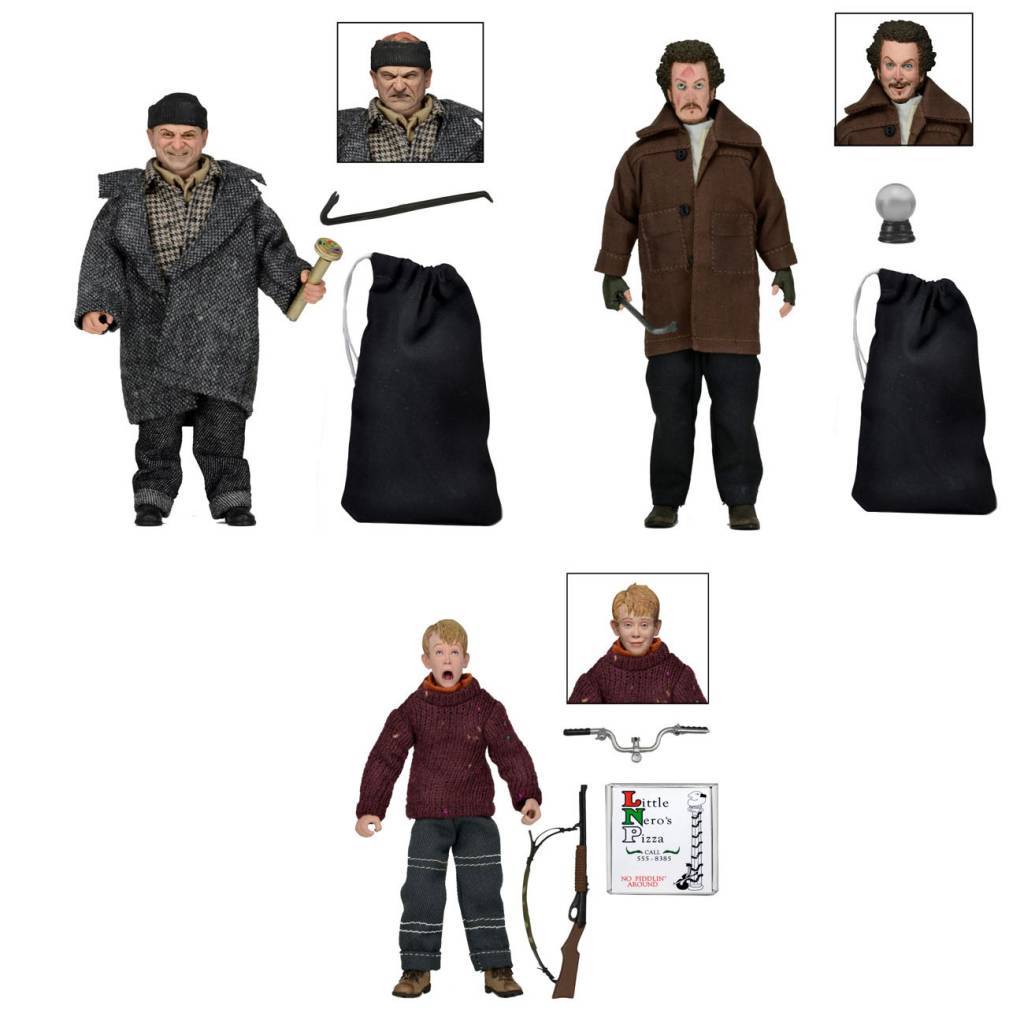 Home Alone is a 1990 American Christmasfamily comedy film written and produced by John Hughes and directed by Chris Columbus. The film stars Macaulay Culkin as Kevin McCallister, a boy who is mistakenly left behind when his family flies to Paris for their Christmas vacation. Kevin initially relishes being home alone, but soon has to contend with two would-be burglars played by Joe Pesci and Daniel Stern. The film also features Catherine O'Hara and John Heard as Kevin's parents.

From its release until 2009, Home Alone was the highest-grossing comedy of all time until it was surpassed by The Hangover. It spawned a successful franchise with four sequels, three video games, and the main cast reprising their roles for the sequel Home Alone 2: Lost in New York. The film received mixed to positive reviews from critics.

The night before their flight to Paris for a Christmas holiday, the McCallister family gather at the Winnetka, Illinois home of Peter (John Heard) and Kate (Catherine O'Hara) McCallister. Their son, Kevin (Macaulay Culkin), is ridiculed by his siblings and cousins. After a fight with his older brother, Buzz (Devin Ratray), Kevin is sent to the third floor of the house, where he wishes that his family would disappear. During the night, a power outage resets the alarm clocks and causes the family to oversleep. In the confusion and rush to reach their flight on time, Kevin is left behind and the family is unaware until they are already airborne. Once in Paris, Peter and Kate try to book a flight home, but all the flights booked for the next two days. The clerks put Kate on standby for any possible seat opening. The rest of the family goes to Peter's brother's home in Paris.

Meanwhile, Kevin wakes up to find the house empty and is overjoyed with his new freedom. The police arrive to check on Kevin but are unable to locate him. Kevin's joy soon turns to fear as he deals with his next door neighbor, "Old Man" Marley (Roberts Blossom), who is rumored to have murdered his family with a snow shovel in 1958, and two burglars, Harry (Joe Pesci) and Marv (Daniel Stern) (the "Wet Bandits"), who are burglarizing the neighborhood's vacant homes and have targeted the McCallisters. Kevin deters the duo by tricking them into thinking the house is still inhabited, but they eventually realize that Kevin is home alone.

Kate gets a flight to the United States, only to end up in Scranton, Pennsylvania. She tries to book a flight to Chicago but again, they are all booked. Kate refuses to accept the situation, and she is overheard by Gus Polinski (John Candy), the lead member of a traveling polka band, who offers to let her travel with them to Winnetka on their way to Milwaukee in a moving van, which she happily accepts.

On Christmas Eve, Kevin overhears Harry and Marv discussing plans for breaking into his house that night. Kevin goes to church and watches a choir perform. He runs into Marley, who sits with Kevin and they briefly speak; he learns that Marley is actually a nice man and that the rumors about him are false and that him salting the sidewalks every night with the snow shovel is just his duty. He tells Kevin he is watching the choir because his granddaughter is in it, but he never gets to see her because he and his son had a major falling out many years ago, and have been on non-speaking terms since; Kevin suggests that he try to reconcile with his son.

Kevin returns home and rigs the house with numerous booby traps. Harry and Marv break in, springing the traps and suffering various injuries. While the duo chases Kevin around the house, he calls the police and escapes the house, luring the duo into a neighboring vacant home. Harry and Marv manage to catch him and discuss how they will get their revenge, but Marley sneaks in and knocks Harry and Marv unconscious with his snow shovel before they can do anything to Kevin. Harry and Marv are arrested and connected to multiple other burglaries because of Marv's habit of flooding the houses that he and Harry have burglarized (hence "Wet Bandits").

On Christmas Day, Kevin is disappointed to find that his family is still gone. He then hears Kate enter the house and call for him; they reconcile and are soon joined by the rest of the McCallisters, who waited in Paris until they could get a direct flight to Chicago. Kevin keeps silent about his encounter with Harry and Marv, although Peter finds Harry's missing gold tooth. Kevin then observes Marley reuniting with his son and his family. Marley notices Kevin and the pair acknowledge each other before Marley and his family go home. Buzz suddenly calls out, "Kevin, what did you do to my room?!" at which point Kevin runs off.