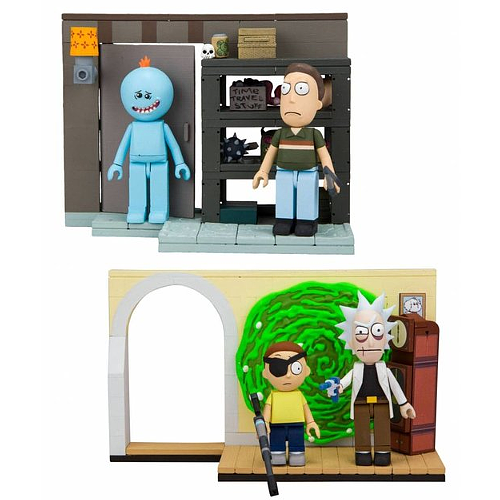 Rick and Morty is an American adult animated science-fiction sitcom created by Justin Roiland and Dan Harmon for Cartoon Network's late-night programming block Adult Swim. The series follows the misadventures of cynical mad scientist Rick Sanchez and his fretful, easily influenced grandson Morty Smith, who split their time between domestic family life and interdimensional adventures. Roiland voices the series' eponymous characters, with the voice talent of Chris Parnell, Spencer Grammer, and Sarah Chalke providing the rest of the family. It premiered on December 2, 2013.

The series originated from an animated short parody film of Back to the Future, titled The Real Animated Adventures of Doc and Mharti and created by Roiland for Channel 101, a short film festival co-founded by Harmon. When Adult Swim approached Harmon for television show ideas, he and Roiland decided to develop a program based on the short, while making a few alterations.

In January 2014, the series was renewed for a second season which premiered on July 26, 2015. In August 2015, Adult Swim renewed the series for a third season, which will consist of 10 episodes. It premiered unannounced on April 1, 2017, with the second episode of the season airing on July 30, 2017, and the other eight episodes to follow weekly. The show has received universal critical acclaim for its originality, creativity, and humor.