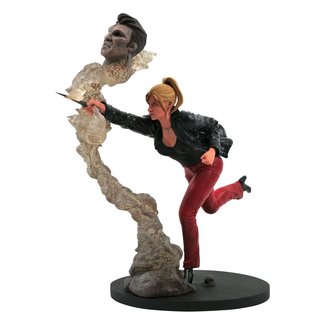 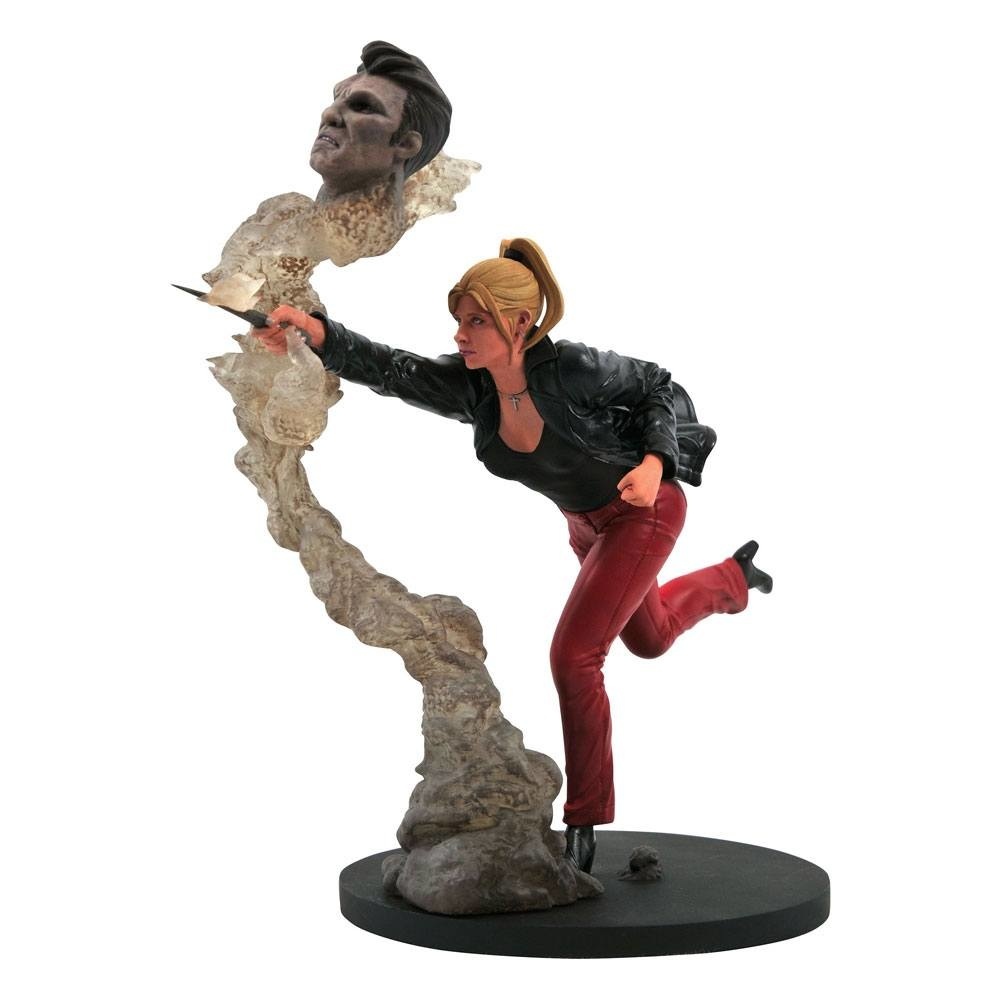 Buffy the Vampire Slayer is an American television series which aired from March 10, 1997 until May 20, 2003. The series was created in 1997 by writer-director Joss Whedon under his production tag, Mutant Enemy Productions with later co-executive producers being Jane Espenson, David Fury, David Greenwalt, Doug Petrie, Marti Noxon, and David Solomon. The series narrative follows Buffy Summers (played by Sarah Michelle Gellar), the latest in a line of young women known as "Vampire Slayers" or simply "Slayers". In the story, Slayers are "called" (chosen by fate) to battle against vampires, demons, and other forces of darkness. Like previous Slayers, Buffy is aided by a Watcher, who guides, teaches, and trains her. Unlike her predecessors, Buffy surrounds herself with a circle of loyal friends who become known as the "Scooby Gang".

The series received critical and popular acclaim and usually reached between four and six million viewers on original airings. Although such ratings are lower than successful shows on the "big four" networks (ABC, CBS, NBC, and Fox), they were a success for the relatively new and smaller WB Television Network. The show was ranked 41st on TV Guide's list of 50 Greatest TV Shows of All Time, second on Empire 's "50 Greatest TV Shows of All Time", voted third in 2004 and 2007 on TV Guide 's "Top Cult Shows Ever" and listed in Time magazine's "100 Best TV Shows of All-Time". In 2013, TV Guide also included it in its list of The 60 Greatest Dramas of All Time.Buffy was also named the third Best School Show of All Time by AOL TV. It was nominated for Emmy and Golden Globe awards, winning a total of three Emmys. However, snubs in lead Emmy categories resulted in outrage among TV critics and the decision by the academy to hold a tribute event in honor of the series after it had gone off the air in 2003.

Buffy's success has led to hundreds of tie-in products, including novels, comics, and video games. The series has received attention in fandom (including fan films), parody, and academia, and has influenced the direction of other television series.