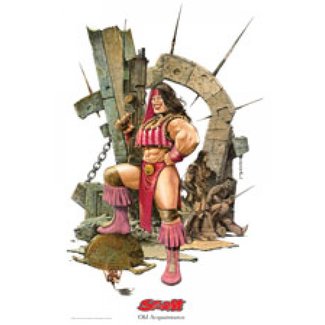 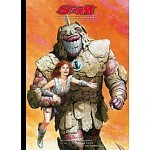 Storm is a soft science fiction/fantasy comic book series originally (and for most albums) drawn by Don Lawrence. The series is primarily available in Dutch, although all the books are translated in English and German, and some in French, Italian, Spanish, Portuguese, Polish, Danish, Finnish, Greek, Croatian, Serbian, Bosnian and Indonesian. The books are published by Big Balloon, Uitgeverij Oberon (both Dutch), Egmont Ehapa Verlag, Norbert Hethke Verlag (both German), Star Comics and Esperos Comics (both Greek) and Glénat (French). English copies are published in the Don Lawrence collection. The Living Planet and The Slayer of Eriban were also published in Heavy Metal magazine in January 1997 and March 1999. The Navel of the Double God had an early publication in the Dutch magazine Myx.