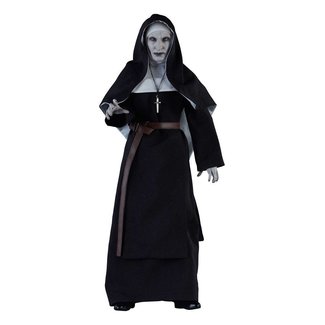 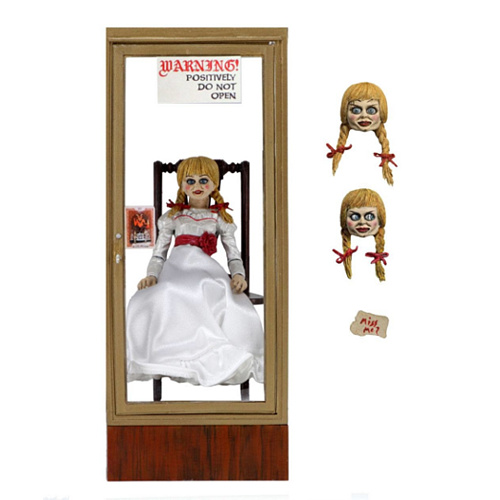 The Conjuring Universe is an American media franchise and shared universe centered on a series of supernatural horror films, produced by New Line Cinema, The Safran Company and Atomic Monster Productions and distributed by Warner Bros. Pictures. The films present a dramatization of the real-life cases of Ed and Lorraine Warren, paranormal investigators and authors associated with prominent yet controversial cases of haunting. The main series follows their attempts to assist people who find themselves possessed by demonic spirits, while the spin-off films focus on the origins of some of the entities the Warrens have encountered.

The franchise has been commercially successful, having grossed a combined $1.9 billion against a combined budget of $139.5 million, becoming the second highest-grossing horror franchise ever behind Godzilla.

The franchise consists of two films in the main series, The Conjuring (2013) and The Conjuring 2 (2016), both directed by James Wan, co-produced by Peter Safran and Rob Cowan, and co-written by Chad Hayes and Carey W. Hayes. The installments revolve around two of the many famous paranormal cases of which the Warrens have been a part, with the first film depicting the case of the Perron family, who are experiencing disturbing events in their newly acquired house in Rhode Island, and the second entry focusing on the controversial case of the Enfield poltergeist while briefly referring to the events that inspired The Amityville Horror. As of August 2019, a sequel to the two films, The Conjuring 3, is in production with Michael Chaves directing.

The franchise also includes Annabelle (2014), a prequel directed by The Conjuring cinematographer John R. Leonetti and produced by Safran and Wan, which revealed the events of the doll of the same name before the Warrens came into contact with it at the start of the first film. A prequel, Annabelle: Creation (2017), directed by David F. Sandberg shows the events of the origins of the demon-manipulated doll. A third Annabelle film, Annabelle Comes Home, was released on June 26, 2019, with franchise writer Gary Dauberman making his directorial debut from a script he wrote. Producer James Wan has likened the story to Night at the Museum, where Annabelle activates the haunted objects in the Warrens' artifact room.

The Nun, a prequel based on a character introduced in The Conjuring 2, was released in 2018. The plot focused on the origins of the demonic nun Valak before coming in contact with the Warrens. In April 2019, a sequel to The Nun was announced with Akela Cooper penning the script and Wan and Safran co-producing the project.

In addition to The Nun, another spin-off film from The Conjuring 2, titled The Crooked Man, is in development. A standalone film, The Curse of La Llorona, was released in April 2019.

The two Conjuring films were met with generally positive reviews by both critics and horror fans, earning praise for Wan's directing and main cast performances, particularly Patrick Wilson and Vera Farmiga's on-screen chemistry as Ed and Lorraine. Critics also acknowledged the effect the films have had on popular culture as well as in the production of modern horror films. The first entry in the Annabelle film series received more mixed to negative reviews, being considered by many as an inferior film to its forerunner. Annabelle: Creation was met with generally positive reviews. A sequel to both Annabelle films, Annabelle Comes Home, received mixed reviews. The Nun and The Curse of La Llorona, on the other hand, received generally mixed to negative reviews. The two main films and its five spin-offs have proven themselves to be successful at the box office, having combined earnings of over $1.8 billion worldwide, against a combined budget of $139.5 million, making the Conjuring Universe the second highest-grossing horror franchise in history and one of the most critically acclaimed.