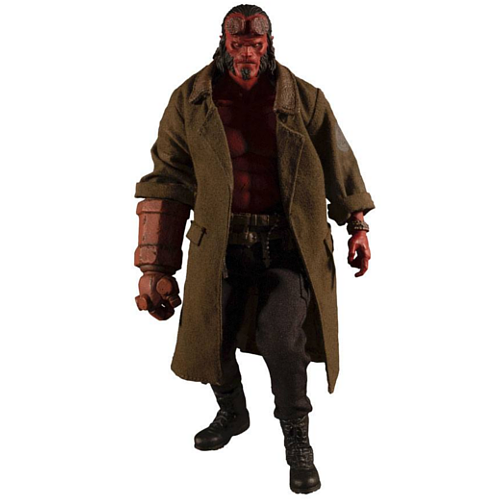 Hellboy is a fictional character created by writer-artist Mike Mignola. The character first appeared in San Diego Comic-Con Comics #2 (Aug. 1993), and has since appeared in various eponymous miniseries, one-shots and intercompany crossovers. The character has been adapted into two live-action feature films in 2004 and 2008 that starred Ron Perlman in the title role, and two straight-to-DVD animated films, as well as two video games – Asylum Seeker and The Science of Evil.

Hellboy is a 2004 American supernatural superhero film, starring Ron Perlman and directed by Guillermo del Toro. The film is loosely based on the Dark Horse Comics graphic novel Hellboy: Seed of Destruction by Mike Mignola. It was produced by Revolution Studios, and distributed by Columbia Pictures. The film is about a demonic beast, known as Hellboy, who secretly works to keep the world safe from paranormal threats with his team, the Bureau of Paranormal Research and Defense.

Released in April 2004, it grossed $59 million at the United States box office and $99 million worldwide and was favorably received by critics. A sequel, Hellboy II: The Golden Army, was released on July 11, 2008.