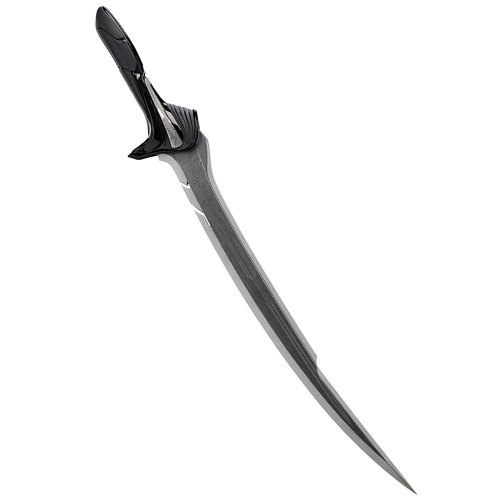 Alita: Battle Angel is a 2019 American cyberpunk action film based on the 1990s Japanese manga series Gunnm (known as Battle Angel Alita in the English translation) by Yukito Kishiro. Directed by Robert Rodriguez, the film is co-produced by James Cameron and written by Cameron and Laeta Kalogridis. Rosa Salazar stars as the titular heroine Alita, an amnesiac cyborg girl who sets out to learn about her destiny after she awakens in a new body with no past memory of who she is. Christoph Waltz, Jennifer Connelly, Mahershala Ali, Ed Skrein, Jackie Earle Haley and Keean Johnson also star in supporting roles.

Originally announced in 2003, production on the release of the film was repeatedly delayed due to Cameron's work on Avatar and its sequels. After years of the film languishing in development hell, Rodriguez was announced as the film's director in April 2016, with Salazar being cast the following month. Principal photography began in Austin, Texas, mostly at Rodriguez’s Troublemaker Studios, in October 2016, lasting through February 2017.

Alita: Battle Angel had its world premiere at the Odeon Leicester Square on January 31, 2019, and was released in the United States on February 14, 2019 by 20th Century Fox in Real D 3D, Dolby Cinema 3D and IMAX 3Dformats. It marks the first film to be produced by Lightstorm Entertainment since 2009's Avatar, as well as the last film released by 20th Century Fox before The Walt Disney Company took control of a majority of its assets on March 20, 2019. The film grossed over $404 million worldwide, becoming the sixth highest-grossing film of 2019 and Rodriguez's most commercially successful film to-date. It received mixed reviews from critics, with praise for Salazar's performance, the action scenes, and the visual effects, but criticism for the "muddled screenplay" and the set-up for sequels.