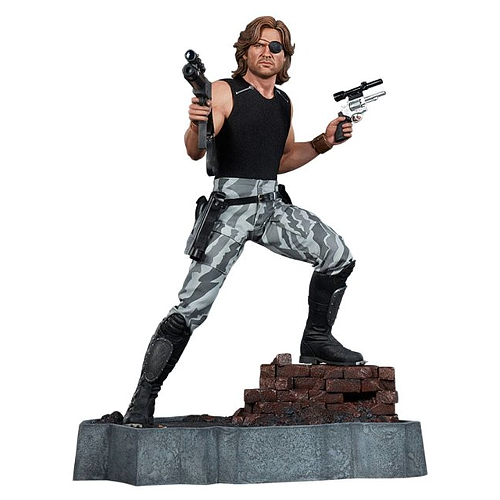 Escape from New York is a 1981 American science fiction action film co-written, co-scored, and directed by John Carpenter. The film is set in a then near-future 1997 in a crime-ridden United States that has converted Manhattan Island in New York City into a maximum security prison. Ex-soldier Snake Plissken (Kurt Russell) is given 22 hours to find the President of the United States (Donald Pleasence), who has been captured by prisoners after the crash of Air Force One.

Carpenter wrote the film in the mid-1970s as a reaction to the Watergate scandal. After the success of Halloween, he had enough influence to get the film made and shot most of it in St. Louis, Missouri. The film is co-written with Nick Castle, who already collaborated with Carpenter previously by portraying Michael Myers in the 1978 film Halloween.