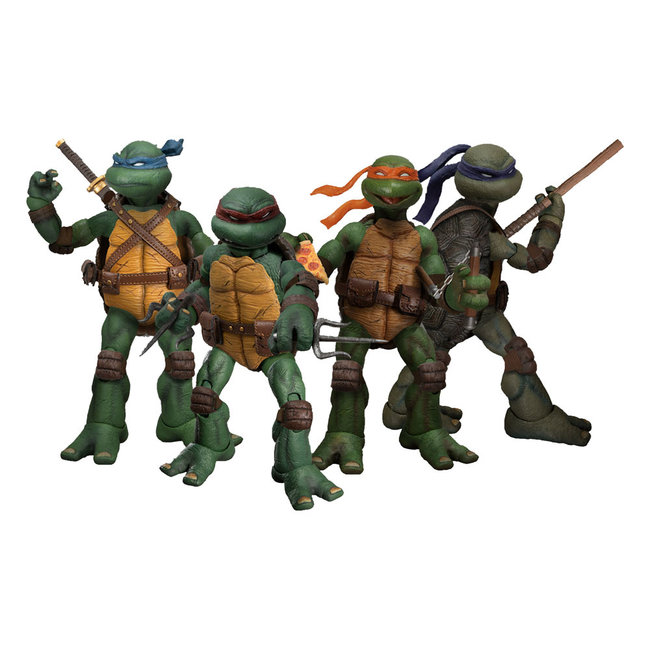 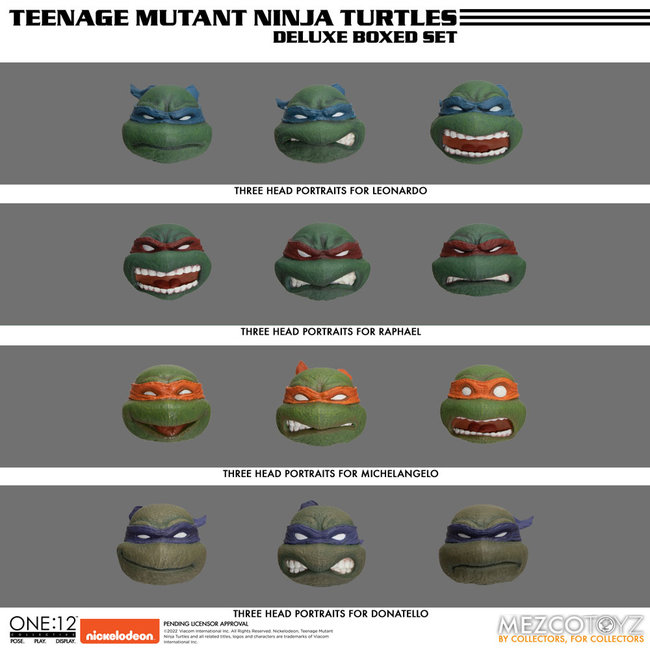 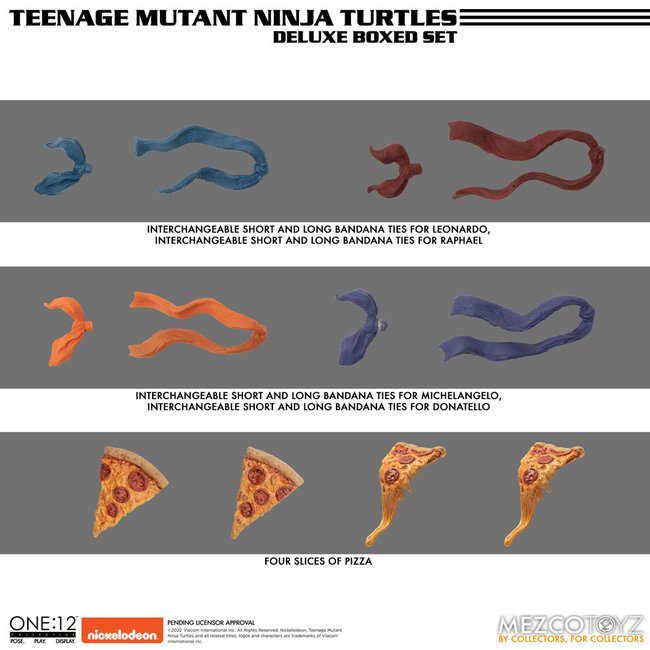 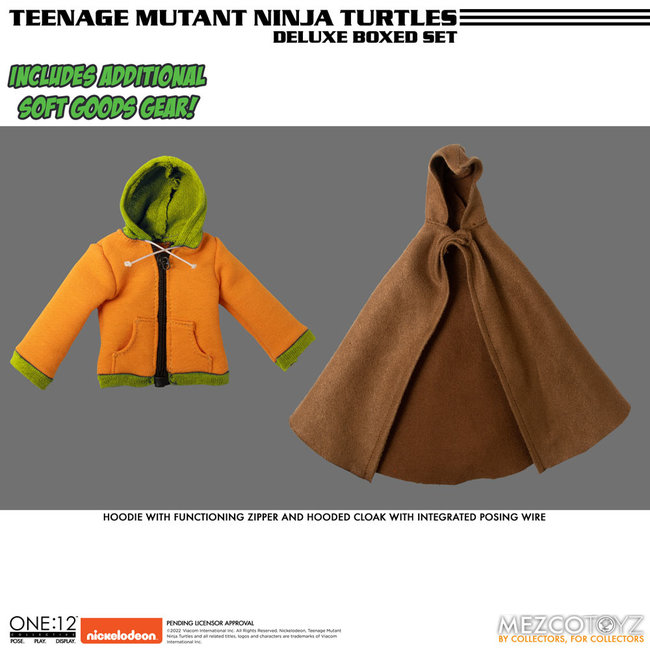 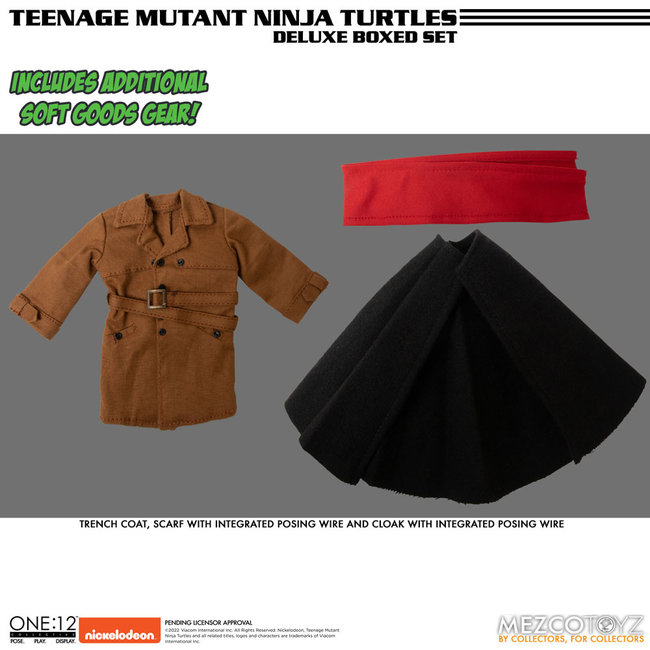 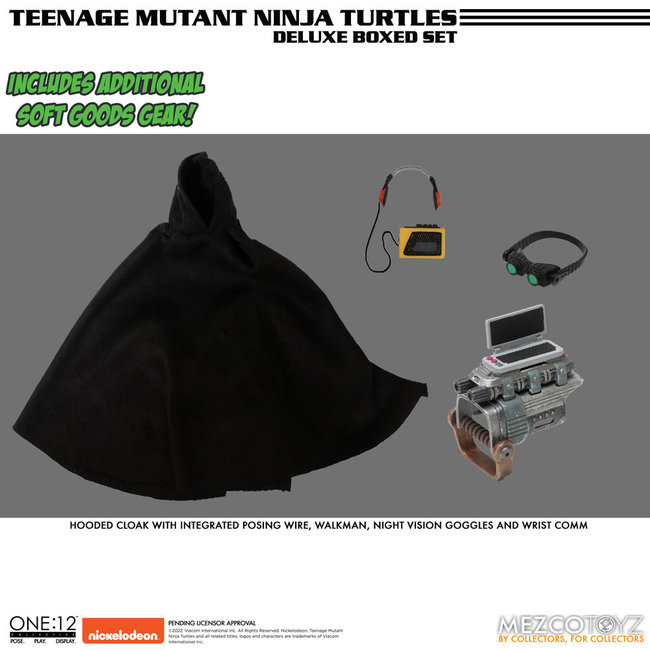 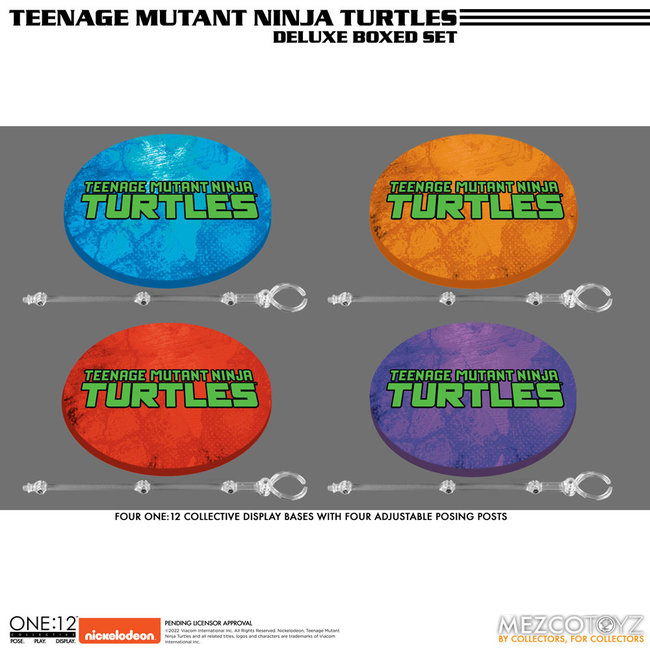 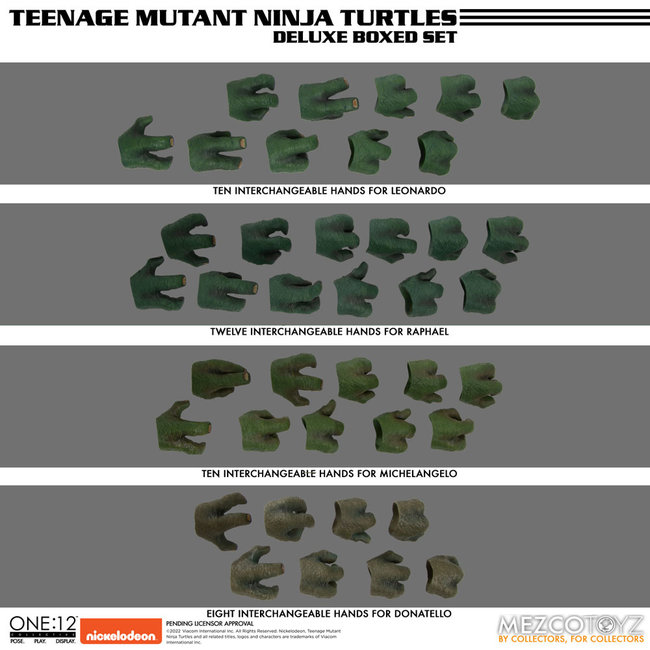 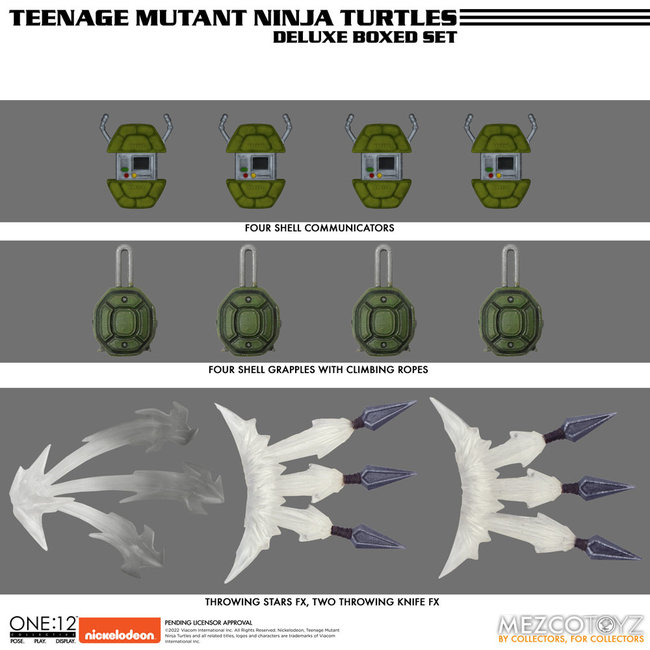 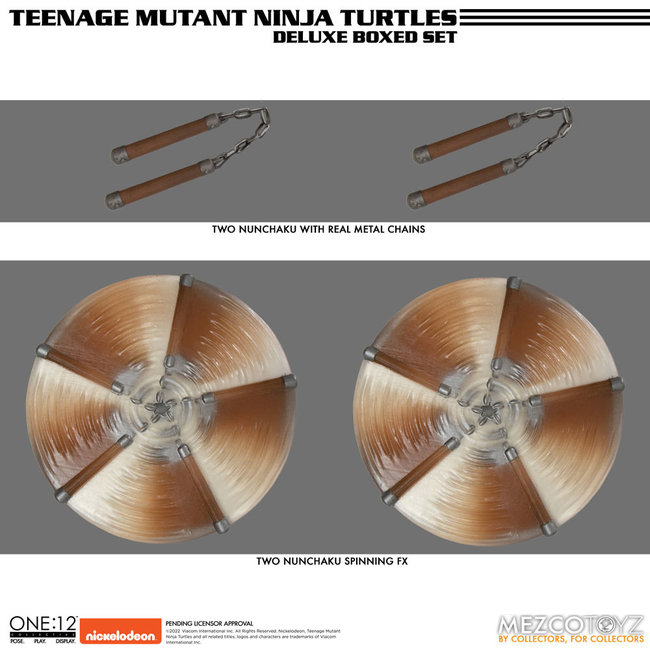 This is a pre-order item, you can order this item. Expected release date is February 2024 (subject to change)

Emerging from the sewers of New York City, the Teenage Mutant Ninja Turtles join the One:12 Collective!

The TMNT each wear their respective, interchangeable colored masks and include real soft good utility belts and harnesses that can hold their signature weapons. Students of ninjitsu, the Turtles prepare to take down Shredder and the Foot CLAN, equipped with an arsenal of ninja weapons like shuriken, sai, kunai, katanas, tonfas, push dagger, and a bo staff. If that wasn't enough, they include additional alternative cloth goods and more!

After being exposed to radioactive ooze, four baby turtles are transformed into humanoids and trained by Master Splinter, a mutant rat who becomes their adoptive father. Residing in the sewers of New York City, the Teenage Mutant Ninja Turtles fight to protect civilians and keep evil at bay.

The One:12 Collective Teenage Mutant Ninja Turtles Deluxe Boxed Set is packaged in a collector-friendly box, designed with collectors in mind. 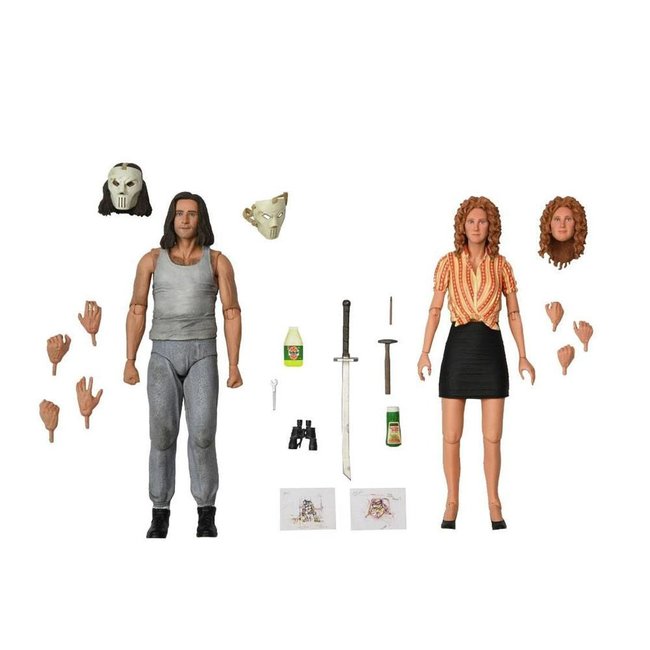 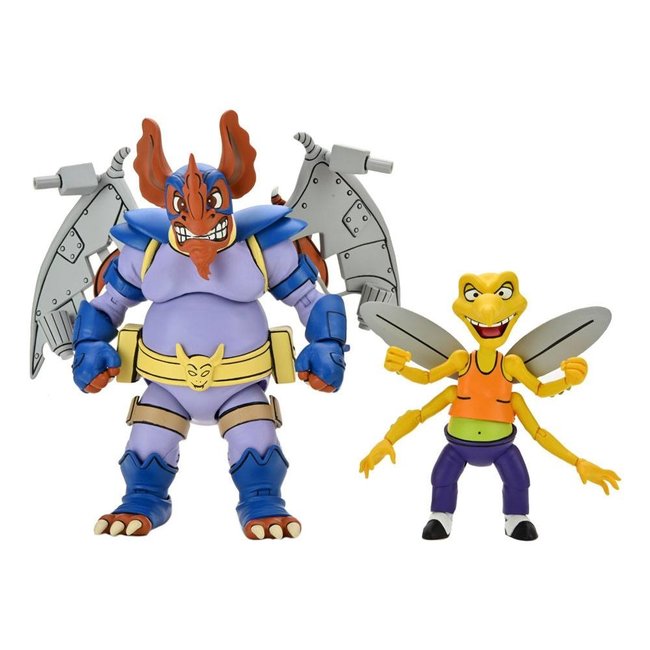 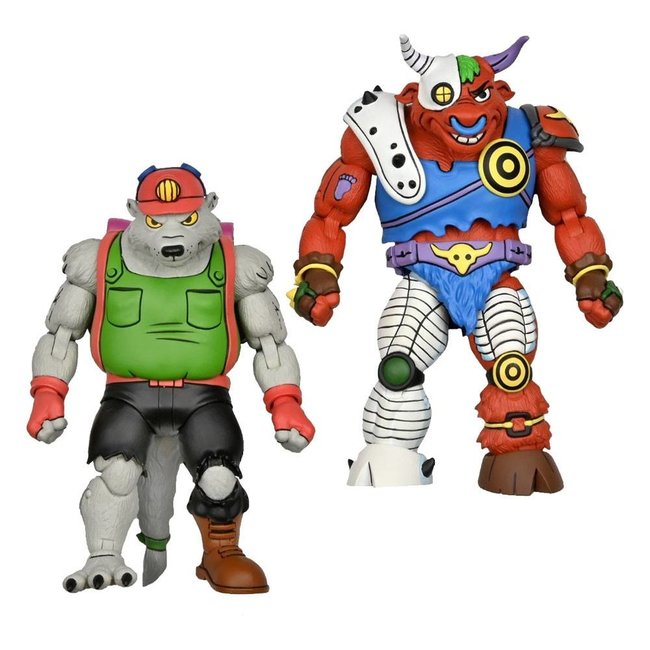 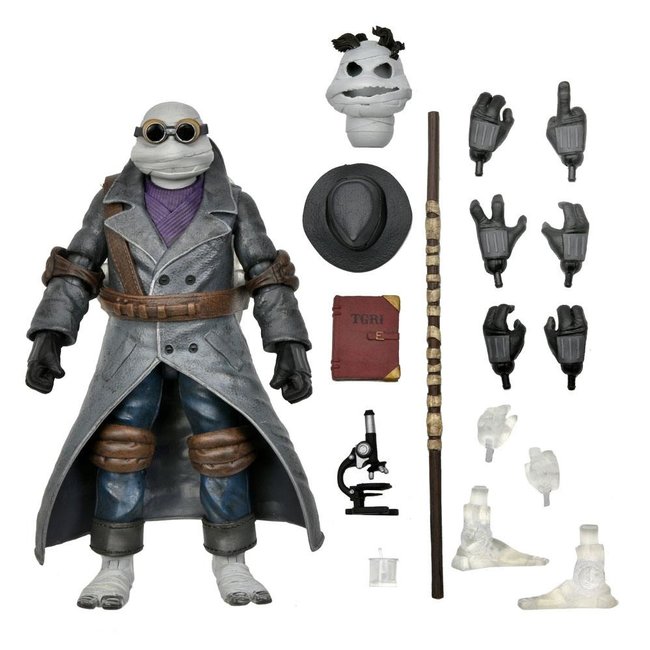